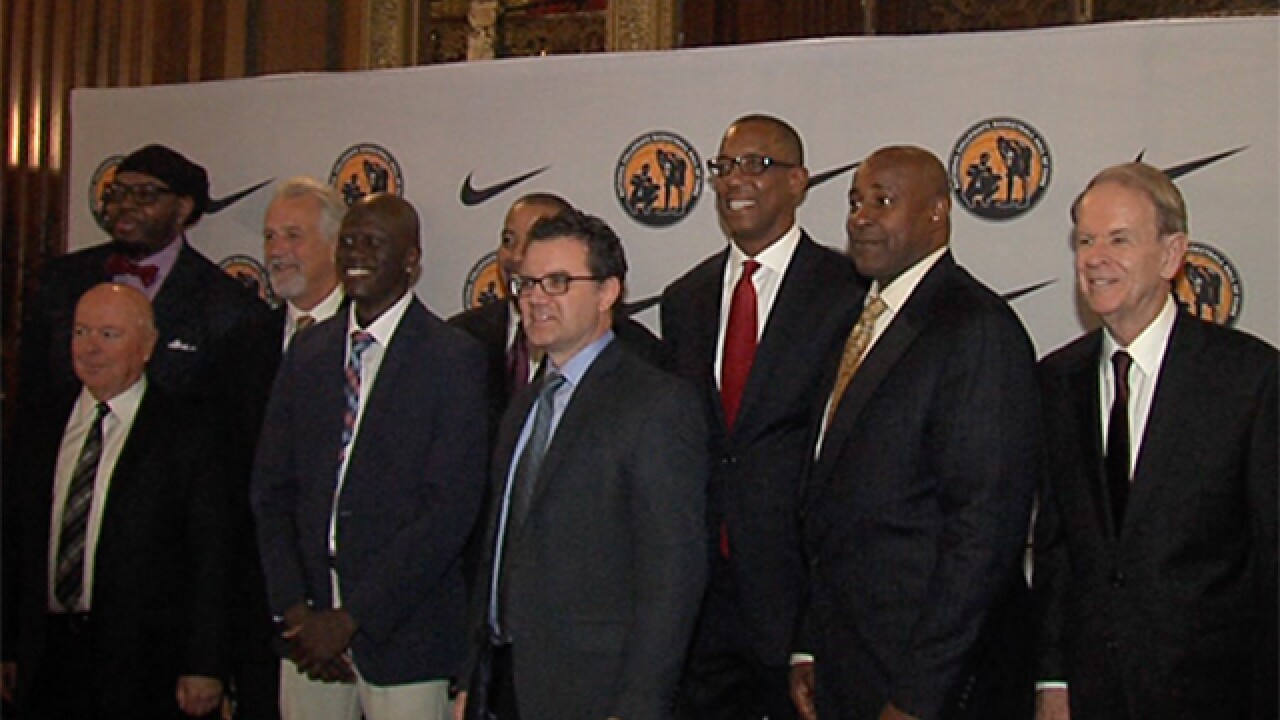 Copyright 2018 Scripps Media, Inc. All rights reserved. This material may not be published, broadcast, rewritten, or redistributed.
<p>Six of college basketball's greatest players and two coaches were inducted into the 2018 National Collegiate Basketball Hall of Fame Sunday at the Midland Theatre in Kansas City.</p>

KANSAS CITY, Mo. — Roll out the red carpet. College basketball royalty is back in town.

On Sunday at the Midland Theatre in downtown Kansas City, the National Collegiate Basketball Hall of Fame celebrated its class of 2018. Six of the game's greatest players, as well as two coaches, were inducted into the star-studded group.

"It's a huge honor for me, especially with the inductees that are here," said former back-to-back PAC 10 Player of the Year Sean Elliott. "I grew up watching a lot of these guys play."

"I can't put it into words," said former North Carolina legend Sam Perkins, who helped lead the Tar Heels to a national championship. "I do respect them all, and it's a great feeling because your family's here. It's like a welcome reunion.

For this year's class, being in Kansas City has also been a huge thrill. Elliott said he remembers when his Arizona Wildcats were here with championship hopes and dreams.

"I still remember it fondly because we were the first team from Arizona to make it to the Final Four, which was here in Kansas City," Elliott said.

While several of the inductees went on to NBA careers, they said it was their Hall of Fame college careers that set the bar for their success.

"I think that life in college was the best set of four years that I have had," Perkins said. "I knew myself and what I wanted to do. I was more prepared in so many ways when I left."