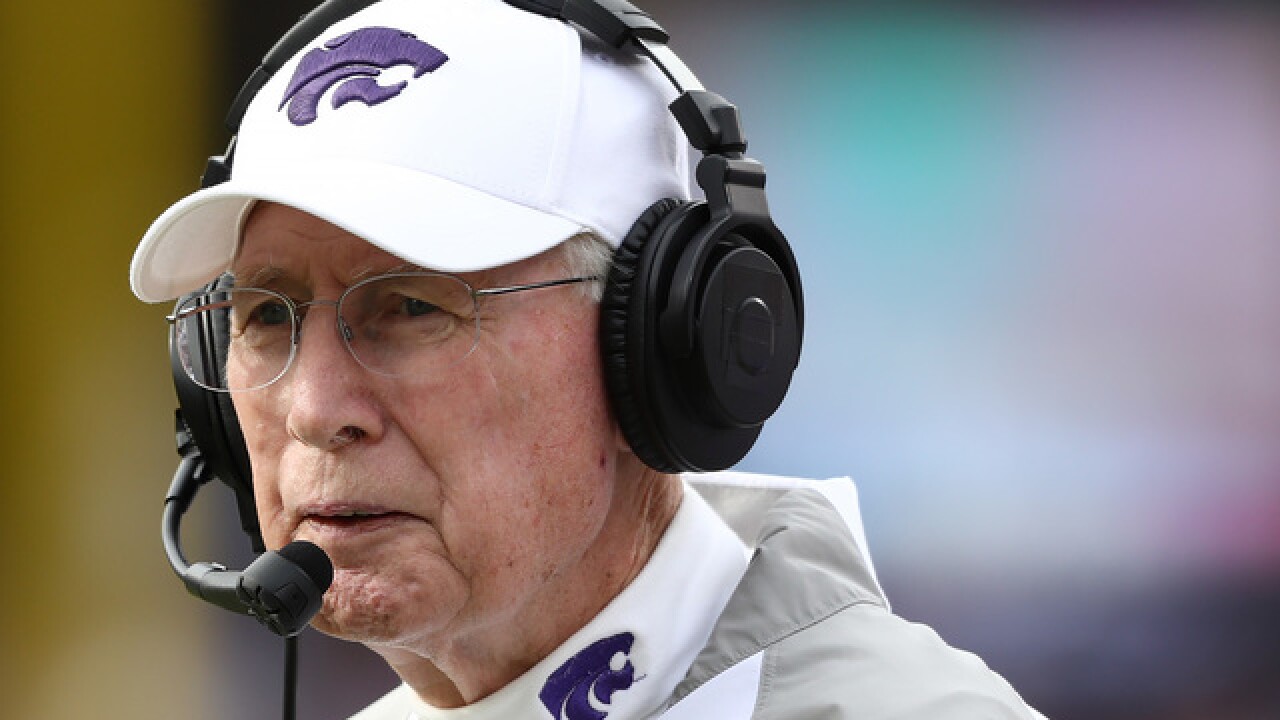 (AP) -- Skylar Thompson returned from a concussion to throw for 213 yards and a touchdown, Blake Lynch hit four field goals and Kansas State's defense grounded high-flying Texas Tech in a 21-6 victory over the sloppy Red Raiders on Saturday.

Red Raiders quarterback Jett Duffy, who threw for 444 yards and four TDs last week against Texas, was just 19 of 27 for 150 yards and an interception. The sophomore also lost two fumbles while spending most of the game under constant pressure for the Wildcats' defensive front.

The Red Raiders had been averaging 383 yards passing, second-best nationally. But they had four turnovers and managed just 181 yards total against the Wildcats on a cold, blustery afternoon.

Clayton Hatfield hit a pair of fields to help Texas Tech to an early 6-3 lead, but the Wildcats soon pulled ahead late in the first half. They took over when Duffy lost his first fumble near midfield and needed seven plays for Thompson to find freshman Malik Knowles in the end zone for the score.

The Wildcats had trouble adding to their lead, though.

They marched to the Texas Tech 10 to start the second half before Barnes was stuffed on fourth-and-1. Kansas State blocked a punt out of the end zone moments later for a safety, but Thompson tossed an interception in the end zone a few minutes later to spoil a chance for more.

But the Red Raiders were even more impotent on offense.

They coughed up the ball when Duffy had his arm his hit while preparing to throw, and Kansas State turned that fumble into a field goal. Another promising drive ended when Duffy threw an interception to A.J. Parker deep in Kansas State territory, and the Wildcats tacked on another field goal.

They were still leading 18-6 when Texas Tech forced a punt with about 6 minutes left, and coach Kliff Kingsbury sent McLane Carter in at quarterback. The very first snap hit him in the knee and Kansas State pounced on yet another fumble to set up one final field goal.

Kansas State right tackle Dalton Risner thought he'd scored a touchdown on a lateral late in the game, but the officials reviewed the play and decided it was a forward pass. The illegal touching foul took away the TD and set up Lynch's final field goal.

Texas Tech has lost four straight and is in danger of missing out on a bowl game, and that is sure to increase the heat on Kingsbury. The Red Raiders' previous four losses had come to teams currently in the AP poll, but their showing against the Wildcats was their worst of the year. Kansas State fans aren't sure whether Bill Snyder coached his final home game Saturday, but it was a vintage performance nonetheless. The Wildcats dominated on defense the way they did much of the 1990s, and the offense and special teams were good enough to produce a crucial win.