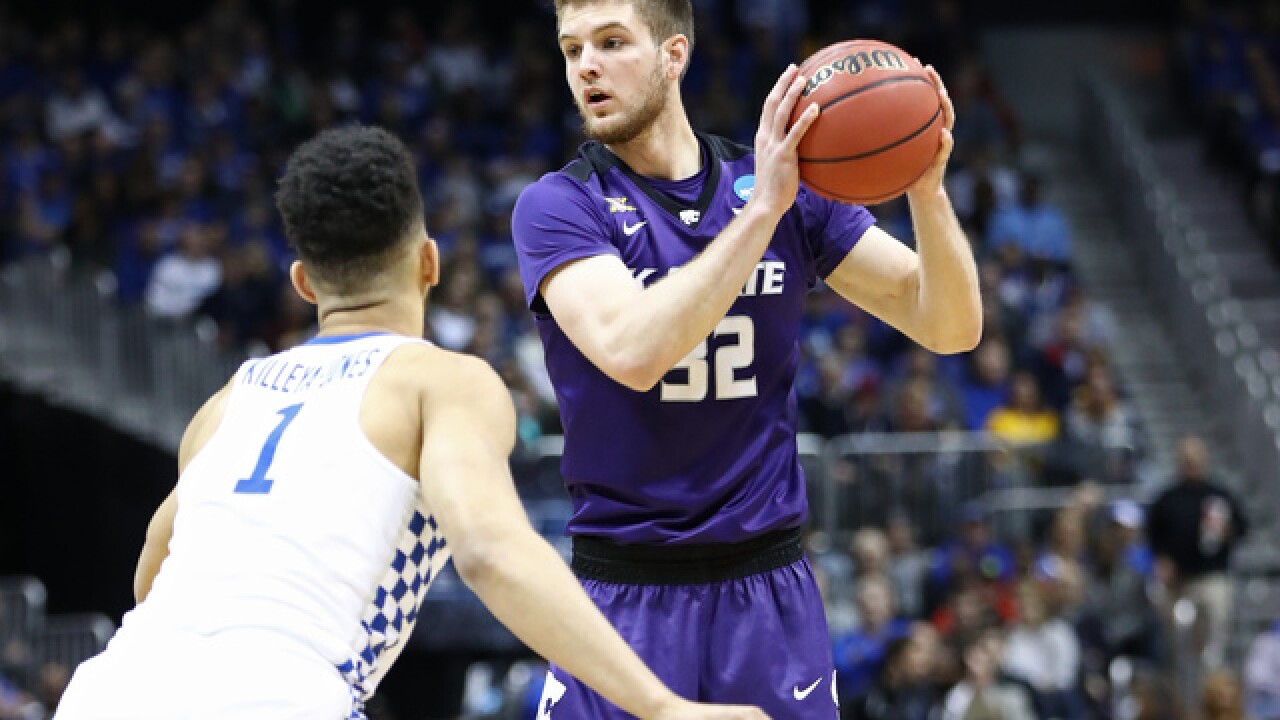 Copyright 2018 Scripps Media, Inc. All rights reserved. This material may not be published, broadcast, rewritten, or redistributed.
Ronald Martinez
<p>ATLANTA, GA - MARCH 22: Dean Wade #32 of the Kansas State Wildcats is defended by Sacha Killeya-Jones #1 of the Kentucky Wildcats in the first half during the 2018 NCAA Men's Basketball Tournament South Regional at Philips Arena on March 22, 2018 in Atlanta, Georgia. (Photo by Ronald Martinez/Getty Images)</p>

The accolades continued to grow for Kansas State senior Dean Wade, who was among 20 players selected to the preseason watch list for the National Association of Basketball Coaches (NABC) Player of the Year Award Presented by ShotTracker, as announced today (November 5) by the organization.

Wade was one of just Big 12 players on the watch list, along with Kansas’ Dedric Lawson.

The 2019 NABC Division I Player of the Year Award will be announced on Sunday, April 7 at the NABC Guardians of the Game Awards Show in Minneapolis, Minnesota, site of this year’s Final Four.

Wade nearly grabbed a double-double in Friday’s exhibition with Pittsburg State, scoring a game-tying 14 points (6-of-9 field goals) to go with 9 rebounds in just 19 minutes of action.