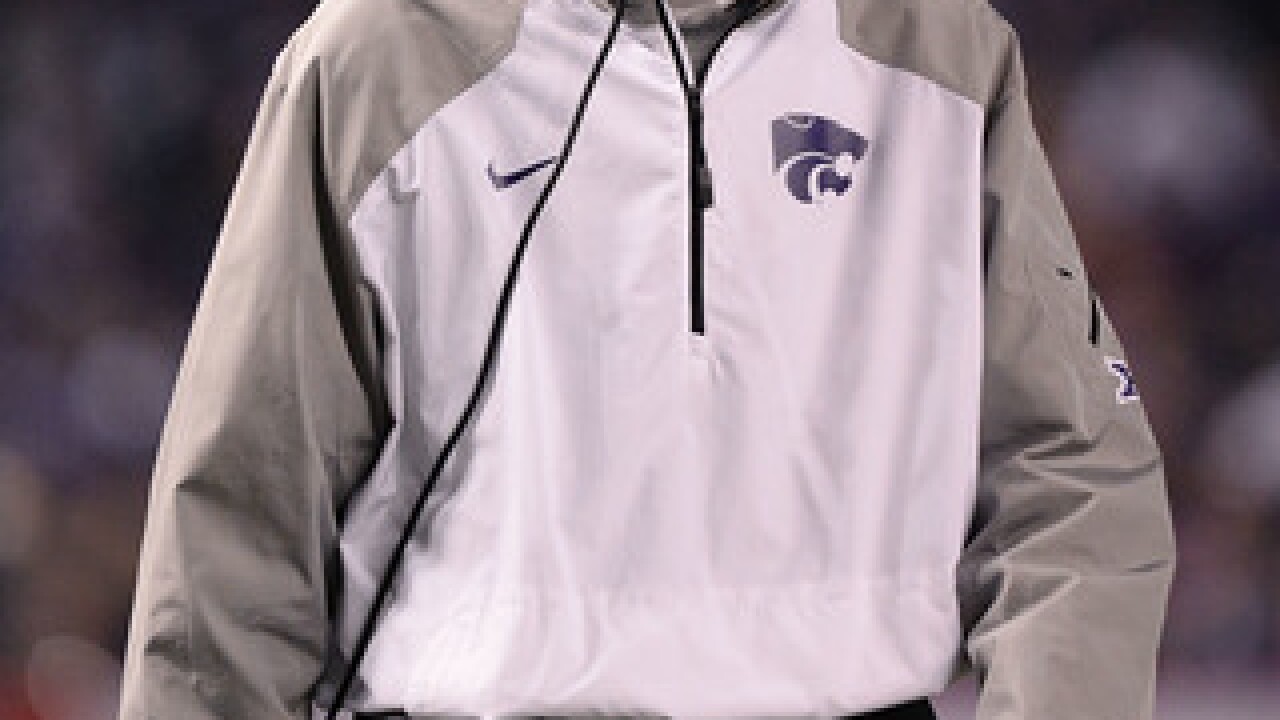 Copyright 2018 Scripps Media, Inc. All rights reserved. This material may not be published, broadcast, rewritten, or redistributed.
Jennifer Stewart
<p>PHOENIX, AZ - DECEMBER 26: Head coach Bill Snyer of the Kansas State Wildcats walks the sidelines of the Cactus Bowl against the UCLA Bruins at Chase Field on December 26, 2017 in Phoenix, Arizona. The Kansas State Wildcats won 35-17. (Photo by Jennifer Stewart/Getty Images)</p>

Kansas State’s September 8 matchup against Mississippi State will kick off at 11 a.m., on ESPN, while its September 15 contest against UTSA will start at 3 p.m., on FSN as the Big 12 Conference and its television partners have announced game times and TV designations for the first three weeks of the season.

The Wildcats’ season opener against South Dakota on September 1 – which will serve as the 10th-Annual K-State Family Reunion – will be shown world-wide on ESPN3 at a time to be determined.

K-State and Mississippi State will be meeting on the gridiron for a third time as the series is tied, 1-1, following two close matchups in the 1970s. The Wildcats were downed by MSU, 21-16, in Starkville in 1974. In 1977, the Bulldogs earned a 24-21 win on the field, but the game was later forfeited due to the use of an ineligible player.

The Wildcats won their only previous meeting against the Roadrunners, a 30-3 victory at the Alamodome in 2015. This year marks the fifth-straight year K-State will play a member of Conference USA with four of those contests being played in Bill Snyder Family Stadium.

As in years past, all remaining Big 12 game times and television information will be selected on a 12- or six-day basis throughout the season.

The game against UTSA will serve as the annual Fort Riley Day.