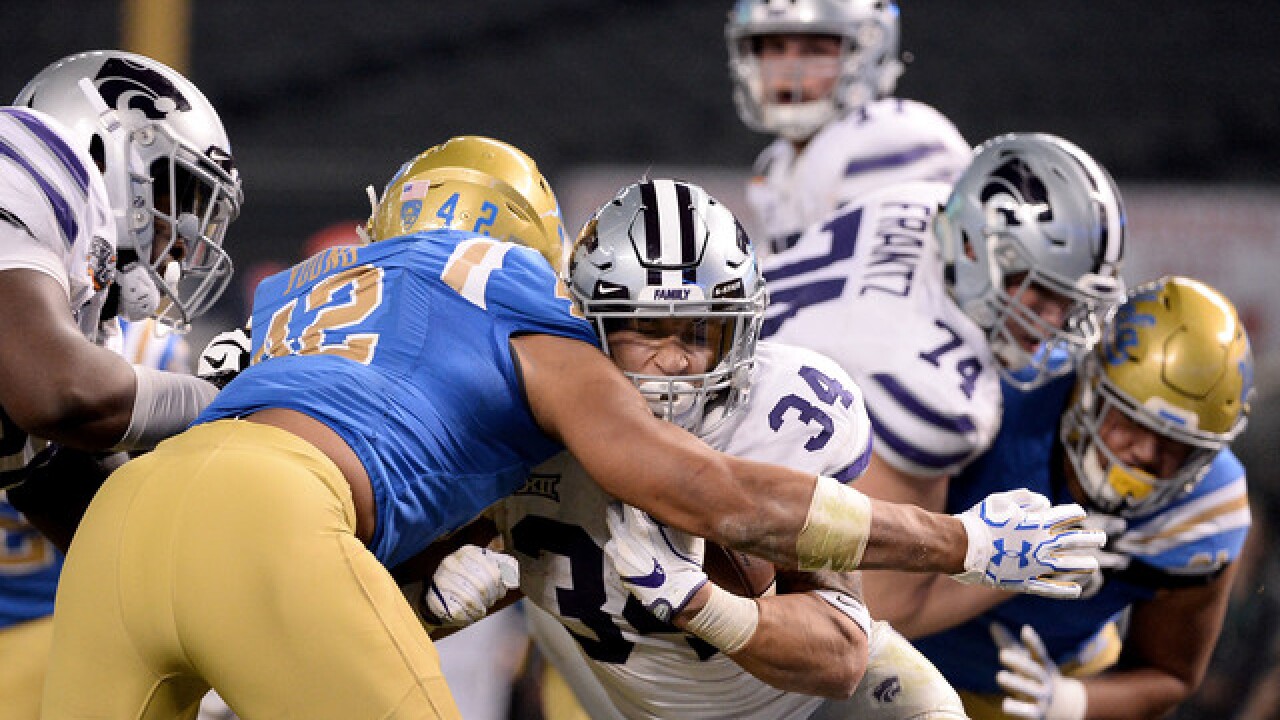 Copyright 2018 Scripps Media, Inc. All rights reserved. This material may not be published, broadcast, rewritten, or redistributed.
Jennifer Stewart
<p>Kansas State running back Alex Barnes (34) tried to break a tackle by UCLA linebacker Kenny Young (42) during the second half of the Cactus Bowl on Dec. 26, 2017, at Chase Field Phoenix. The Wildcats won 35-17.</p>

KANSAS CITY, Mo. — Kansas State junior running back Alex Barnes had been selected to the preseason watch list for the 2018 Doak Walker Award, which is presented annually to the best running back in college football.

Barnes, who also was picked Monday for the preseason Maxwell Award watch list, is one of 62 players identified for preseason consideration for the Doak Walker Award.

As a sophomore, Barnes racked up 146 carries for 819 yards with seven touchdowns. His 5.61-yard average per carry ranked fifth in K-State history.

Barnes — who reached 1,000 career yards in 152 carries, the second-fastest running back in Wildcats history (Sproles, 147 carries) — also was picked for the preseason All-Big 12 team by Phil Steele and Athlon Sports.

K-State opens the season at 6:10 p.m. on Sept. 1 against South Dakota at Bill Snyder Family Stadium.