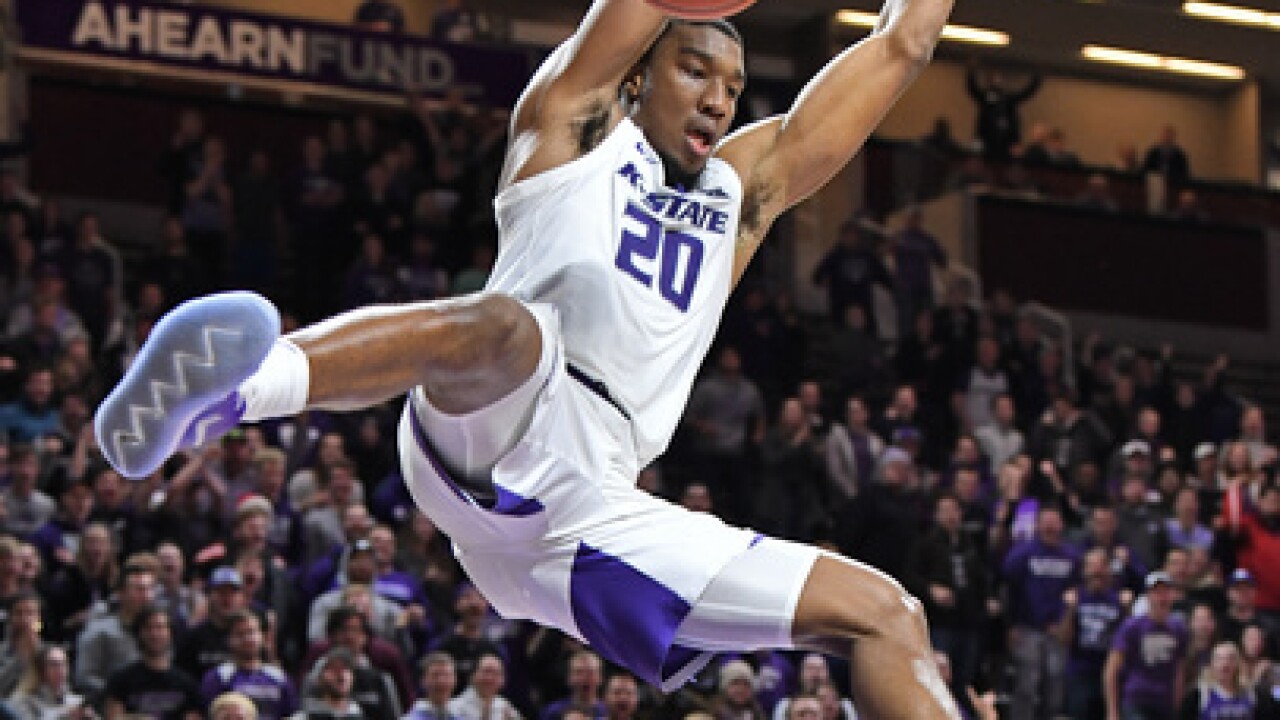 Copyright 2018 Scripps Media, Inc. All rights reserved. This material may not be published, broadcast, rewritten, or redistributed.
Peter Aiken
<p>MANHATTAN, KS - NOVEMBER 12: Xavier Sneed #20 of the Kansas State Wildcats scores with a slam dunk against the Denver Pioneers during the second half on November 12, 2018 at Bramlage Coliseum in Manhattan, Kansas. (Photo by Peter Aiken/Getty Images)</p>

Dean Wade and Cartier Diarra added 14 points each, and Kamau Stokes and Barry Brown Jr. had 10 points apiece for the Wildcats (3-0), who advance to Sunday's semifinals at the University of the Virgin Islands' Sports and Fitness Center.

Dujuanta Weaver scored 12 points and Nick Mayo added 11 points for the Colonels (2-2), whose only lead came when Kelvin Robinson's jumper 19 seconds in made it 2-0.

But Kansas State went on a 13-5 run over the next six minutes before taking a 37-28 lead into halftime.

The Wildcats led by as many as 31 points late in the half when James Love's hook shot made it 93-62.