Dean Wade has 24 points in loss 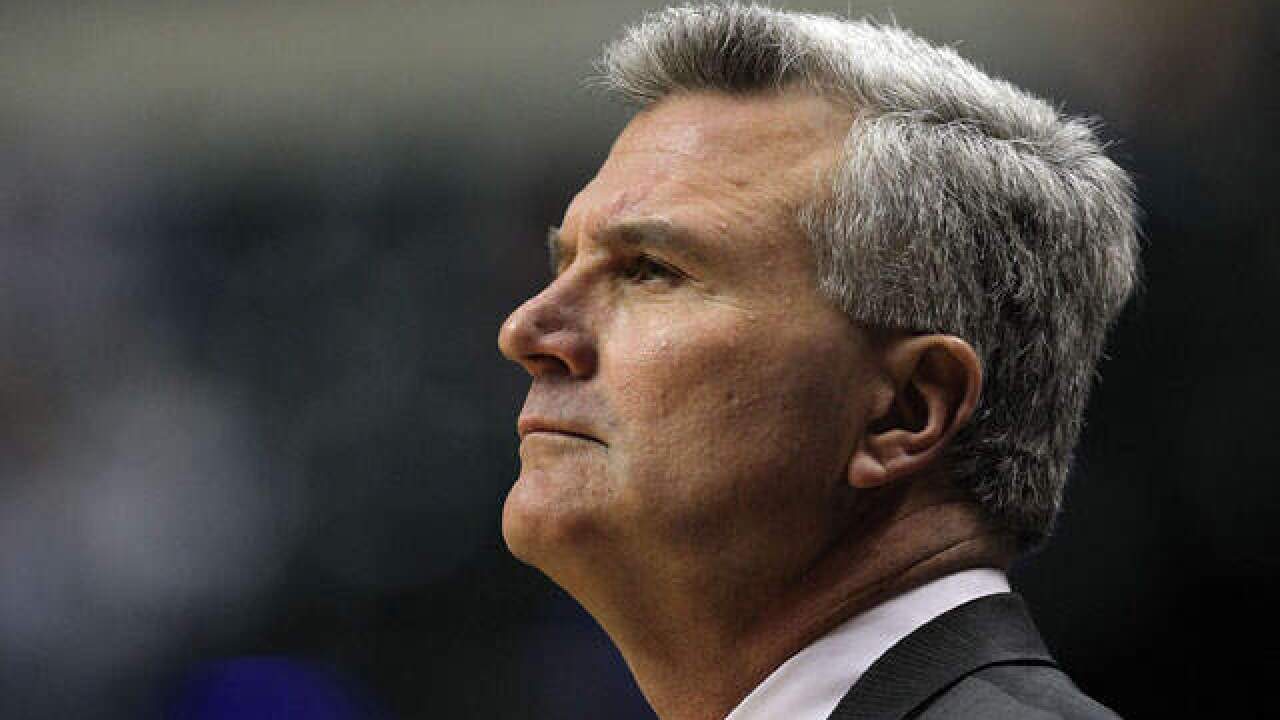 Copyright 2012 Scripps Media, Inc. All rights reserved. This material may not be published, broadcast, rewritten, or redistributed.
Andy Lyons/Getty Images
<p>Bruce Weber, then the head coach at Illinois, watches the action during the game against the Iowa Hawkeyes during the first round of the Big Ten Basketball Tournament at Bankers Life Fieldhouse on March 8, 2012 in Indianapolis, Indiana.</p>

Kenrich Williams had 16 points and 11 rebounds in his final home game for TCU, leading the Horned Frogs to their first four-game conference winning streak in 20 years with a 66-59 victory against Kansas State on Tuesday night.

Williams stopped a season-high streak of six games without a double-double by recording his 11th of the season. The last four-game league winning streak for the Horned Frogs (21-9, 9-8 Big 12) was in 1997-98, when they went 14-0 in the Western Athletic Conference under Billy Tubbs.

TCU, which pulled even with the Wildcats for fourth place in the conference standings, appears headed to its first NCAA Tournament appearance since that year. Jamie Dixon, a former player for the Horned Frogs, is in his second season as their coach.

A year ago, a seven-game losing streak to finish the regular season cost TCU an NCAA berth before the Horned Frogs won two games in the Big 12 Tournament and took the NIT championship.

Dean Wade scored 24 points for the Wildcats (20-10, 9-8), who missed a chance for 10 conference wins for the first time in five years but are still in good shape for a second straight trip to the NCAAs under Bruce Weber. Barry Brown Jr. had 17 points and six assists.

TCU's Vladimir Brodziansky, hit his only field goal with 1:49 remaining, a crucial 3-pointer from the top of the key for a 60-56 lead after Desmond Bane had run down a loose ball on the sideline and raced in for the go-ahead layup. Bane scored 15 points, and Brodziansky seven points with three blocks.

Kansas State: It's been a three-man show offensively with Wade, Brown and Xavier Sneed lately for the Wildcats, who have dropped two straight following a 4-1 stretch that strengthened their NCAA hopes. But Sneed was mostly a no-show, scoring two points on 1-of-6 shooting.

TCU: A streak of three straight games shooting at least 54 percent ended because of a cold second half (36 percent). But the Horned Frogs got hot at the right time, making five straight shots after five straight misses during Kansas State's 9-0 run.

Regular-season finale for both teams Saturday: Kansas State at home against Baylor and TCU at No. 12 Texas Tech.