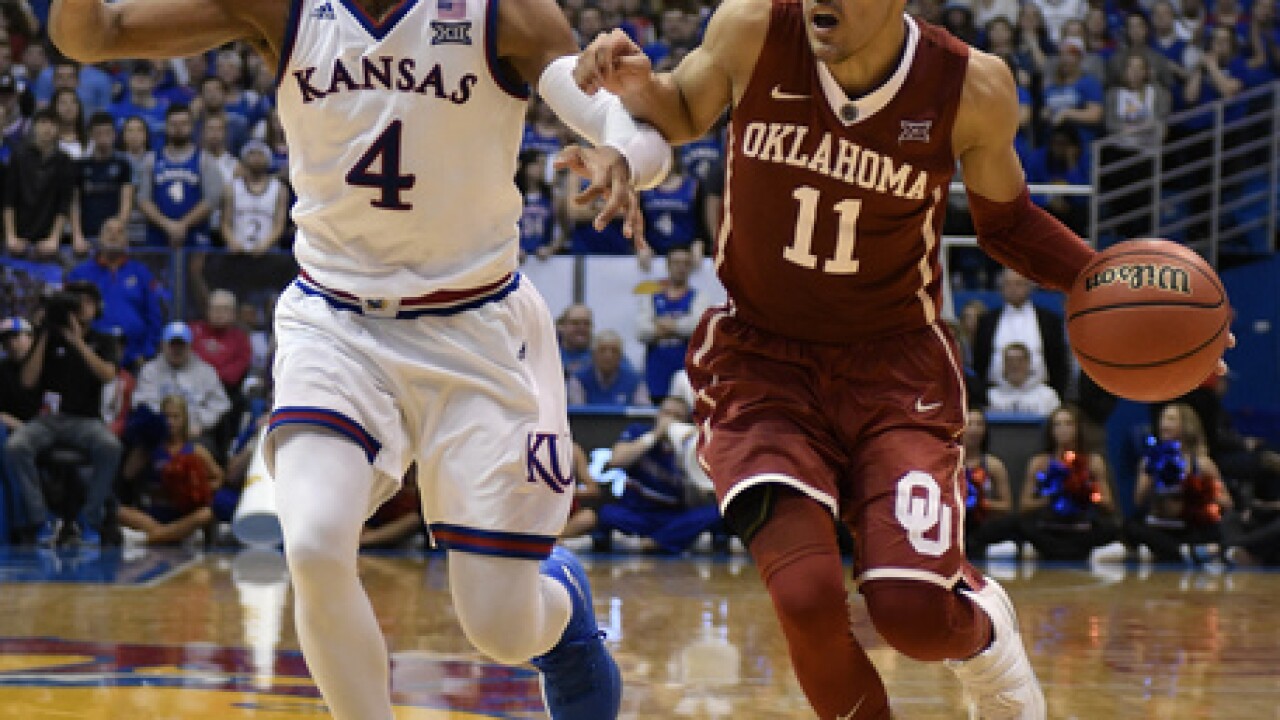 Copyright 2018 Scripps Media, Inc. All rights reserved. This material may not be published, broadcast, rewritten, or redistributed.
Ed Zurga
<p>LAWRENCE, KS - FEBRUARY 19: Trae Young #11 of the Oklahoma Sooners drives to the basket as he is defended by Devonte' Graham #4 of the Kansas Jayhawks in the second half at Allen Fieldhouse on February 19, 2018 in Lawrence, Kansas. (Photo by Ed Zurga/Getty Images)</p>

Kameron McGusty led the way for Oklahoma with 22 points while Jamuni McNeace added 18 in his first career start.

It was a cold shooting night for Trae Young, who missed 10 of his 13 shots. His 11 points were a season-low. He did have nine assists.

Kansas broke the 100-point threshold for the first time since December as six Jayhawks scored in double figures.

The win marks No. 300 all-time in Big 12 play for the Jayhawks. Only two other schools (Texas, Oklahoma) have surpassed the 200 mark.

Kansas now sits a half-game ahead of Texas Tech atop the Big 12 standings after gaining a game on the Red Raiders when they fell to Baylor Saturday.

Oklahoma has now dropped its last six games, and has fallen to No. 8 in the Big 12. The skid has led some to speculate that the Sooners could miss the NCAA Tournament.

Kansas has a road clash with Texas Tech Saturday, serving as a battle for the outright Big 12 lead.

Oklahoma will look to rebound at home against a hot Kansas State team on Saturday.