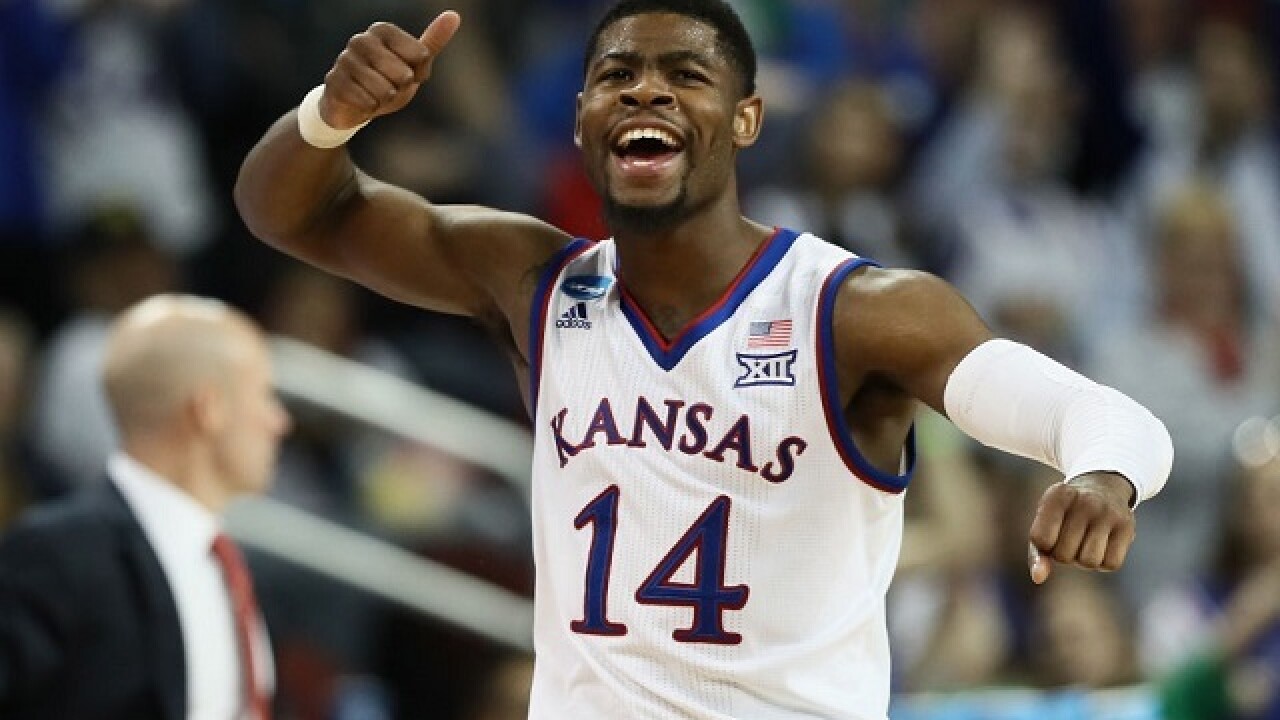 Copyright 2018 Scripps Media, Inc. All rights reserved. This material may not be published, broadcast, rewritten, or redistributed.
Jamie Squire
<p>WICHITA, KS - MARCH 17: Malik Newman #14 of the Kansas Jayhawks reacts against the Seton Hall Pirates in the second half during the second round of the 2018 NCAA Men's Basketball Tournament at INTRUST Bank Arena on March 17, 2018 in Wichita, Kansas. The Kansas Jayhawks won 83-79. (Photo by Jamie Squire/Getty Images)</p>

"I definitely want to thank my teammates. The journey with these guys has been nothing short of amazing. My two years here was everything that I asked for. My redshirt year, I had a chance to develop and Coach Self took me under his wing and really prepared me. This year I had a chance to come out and play and this was the plan, to try to put myself in position to chase my dream. I sat down and talked with Coach Self and my family and this is the best time to do it. With that being said, I'll forego my junior year at Kansas and I will put my name in the NBA Draft and plan on signing with an agent."

Malik Newman announces he is departing #KUbball , plans to hire an agent and enter the NBA Draft.

Wishing you the best, @iammaliknewman !

Newman averaged 14.2 points and five rebounds per game this past season. But in the NCAA Tournament, he scored in double digits in all of KU's five games, averaging 21.6 points per game.

"He came to Kansas and knew after a redshirt year he would hopefully put himself into a position to be a professional basketball player after one year competing," said head coach Bill Self in the release. "He had a terrific season this year and was one of the best players in the NCAA tournament. I think this is good timing for Malik. We wish nothing but the best for him and appreciate all his efforts. We all know his best basketball is still ahead of him."