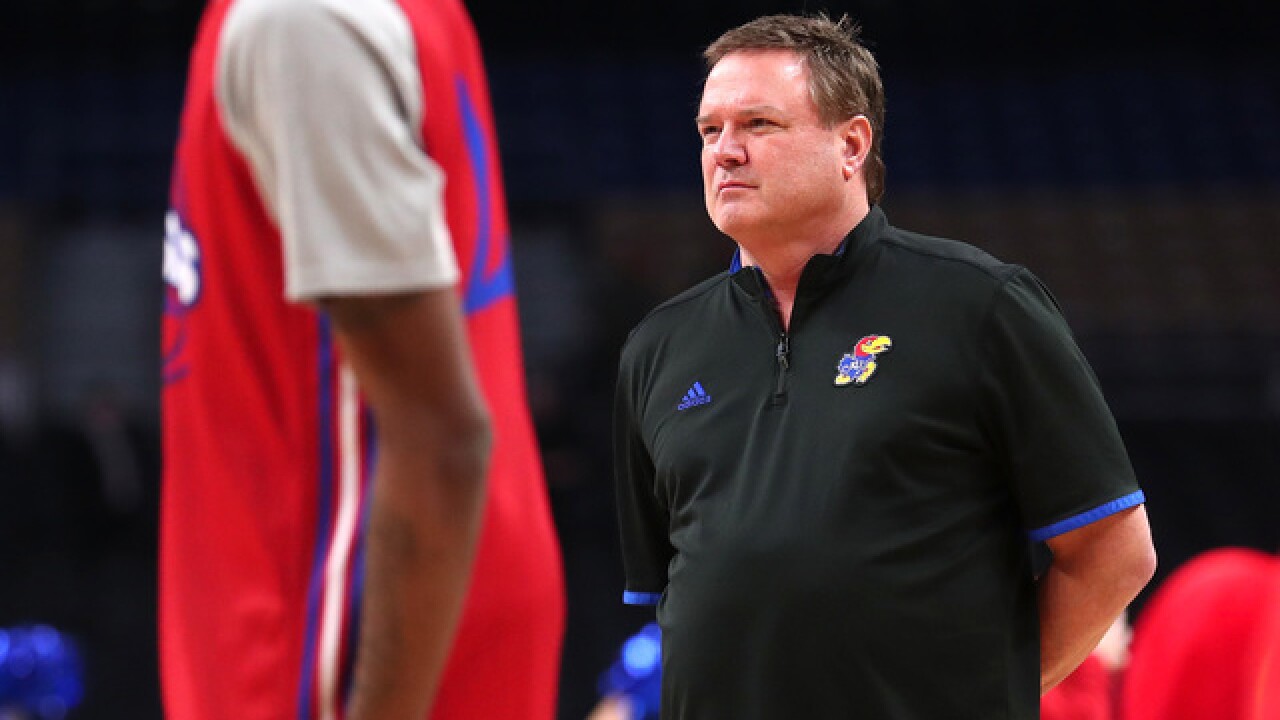 Copyright 2018 Scripps Media, Inc. All rights reserved. This material may not be published, broadcast, rewritten, or redistributed.
Tom Pennington
<p>SAN ANTONIO, TX - MARCH 30: head coach Bill Self of the Kansas Jayhawks looks on during practice before the 2018 Men's NCAA Final Four at the Alamodome on March 30, 2018 in San Antonio, Texas. (Photo by Tom Pennington/Getty Images)</p>

INDIANAPOLIS (AP) -- Quentin Grimes scored 21 points in his college debut and Dedric Lawson added 20 points and 14 rebounds to lead No. 1 Kansas past No. 10 Michigan State 92-87 in the season-opening Champions Classic on Tuesday.

The Jayhawks won their third straight in one of college basketball's premier events.

Michigan State was led by Joshua Langford with 18 points and Kenny Goins with 17 points and 11 rebounds. The Spartans are now 4-21 all-time against No. 1 teams.

The game pitted two power-conference preseason favorites against each other, and the finish was every bit as intriguing as expected.

After Kansas was in control for most of the game, the Spartans frantically trimmed a 10-point deficit to 90-87 with 34 seconds left. They had a chance to make it a two-point game when Devon Dotson missed the second of two free throws with 15 seconds left.

But Cassius Winston missed a layup for Michigan State, Kansas grabbed the rebound and Grimes sealed it by making 1 of 2 free throws.

It sure didn't look like it would be so close after Kansas withstood Michigan State's early 3-point flurry.

The Jayhawks went on a 13-3 run midway through the first half to turn an 18-16 lead into a 30-17 advantage, extended the lead to 44-27 and never let the Spartans get closer than seven until the final minutes.