Behind Mark Smith's 19 points, Mizzou opens up season with 68-55 win over Central Arkansas 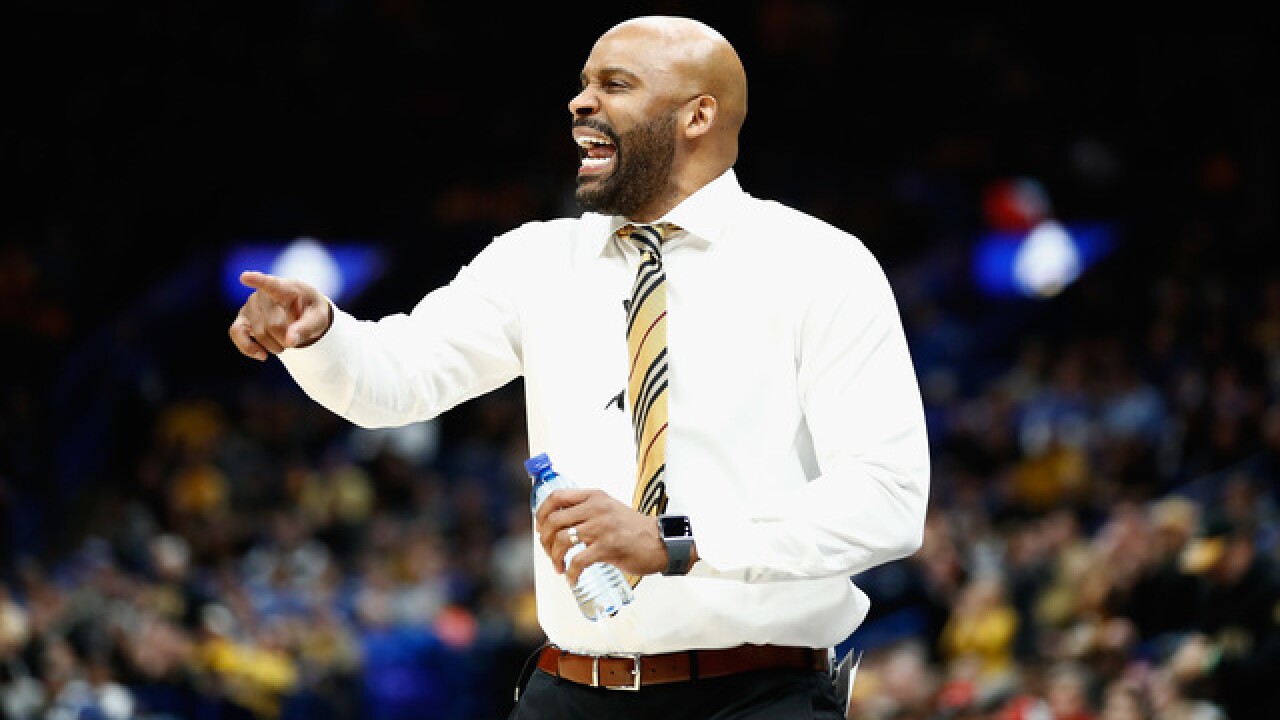 Copyright 2018 Scripps Media, Inc. All rights reserved. This material may not be published, broadcast, rewritten, or redistributed.
Andy Lyons
<p>ST LOUIS, MO - MARCH 08: Cuonzo Martin the head coach of the Missouri Tigers gives instructions to his team against the Georgia Bulldogs during the second round of the 2018 SEC Basketball Tournament at Scottrade Center on March 8, 2018 in St Louis, Missouri. (Photo by Andy Lyons/Getty Images)</p>

Missouri sophomore transfer Mark Smith shot just 23.2 percent from 3 in his freshman season at Illinois. When the NCAA granted Smith eligibility in late October, the Tigers expected him to contribute, but maybe not like he did Tuesday night.

Smith scored 19 points on 5-for-8 shooting from 3 and Missouri triumphed over Central Arkansas 68-55 in its season opener.

"I've been working a lot this summer on my jump shot, being more consistent," Smith said. "So it's great to see hard work pay off."

Smith -- a University of Illinois transfer -- kicked off his sophomore campaign with a bang, providing the main source of offense for the Tigers in his team debut.

"We knew he was really good," Central Arkansas coach Russ Pennell said. "Unfortunately, some guys forgot that Smith was the best shooter out there. He's not overly athletic, but he's solid. And man, his stroke is pure."

After trailing 5-3 to start, Smith led the Tigers on a 15-0 run to open up a commanding lead, drilling a trio of 3-pointers to fuel the stretch.

Missouri's defense took care of the rest, limiting the Bears to 33 percent shooting.

Despite Smith's strong performance, Missouri's offense was held to just 32.4 percent shooting in the first half. The Tigers improved in the second half, shooting 55.6 percent.

"I would like to see more drives to the basket," Missouri coach Cuonzo Martin said. "I thought we did a poor job going east-west on the perimeter instead of attacking downhill."

The offense missed the versatility of sophomore forward Jontay Porter. The Tigers lost Porter to a torn ACL and MCL in a scrimmage with Southern Illinois in October.

Missouri's lack of scoring at times opened up windows for the Bears to climb back into the game. Central Arkansas trimmed Missouri's lead to four with 4:57 to go in the first half and seven with 10:51 in the second. The Tigers pulled away with an 11-1 run midway through the second half.

Missouri: This team is bound to endure some growing pains with the loss of Porter and the addition of a flurry of new faces. Missouri's offense progressed as the game went on and the defense played a solid 40 minutes.

"I thought Javon was good. Javon knows how to get his nose dirty," Martin said.  "Torrence and X didn't play as well, but they did some things. Torrence is a better shooter than he showed. And if he gets good looks like that, I feel good about it."

STARTING SLOW
Seniors Jordan Geist and Kevin Puryear each struggled to score in their debuts. Geist, who averaged 7.3 points per game last season, scored five points on just 2-for-10 shooting. Puryear managed to score just two points on 1-for-7 from the field.

UP NEXT
Central Arkansas plays its first home game Thursday against Hendrix College.

Missouri hits the road for a matchup against Iowa State.