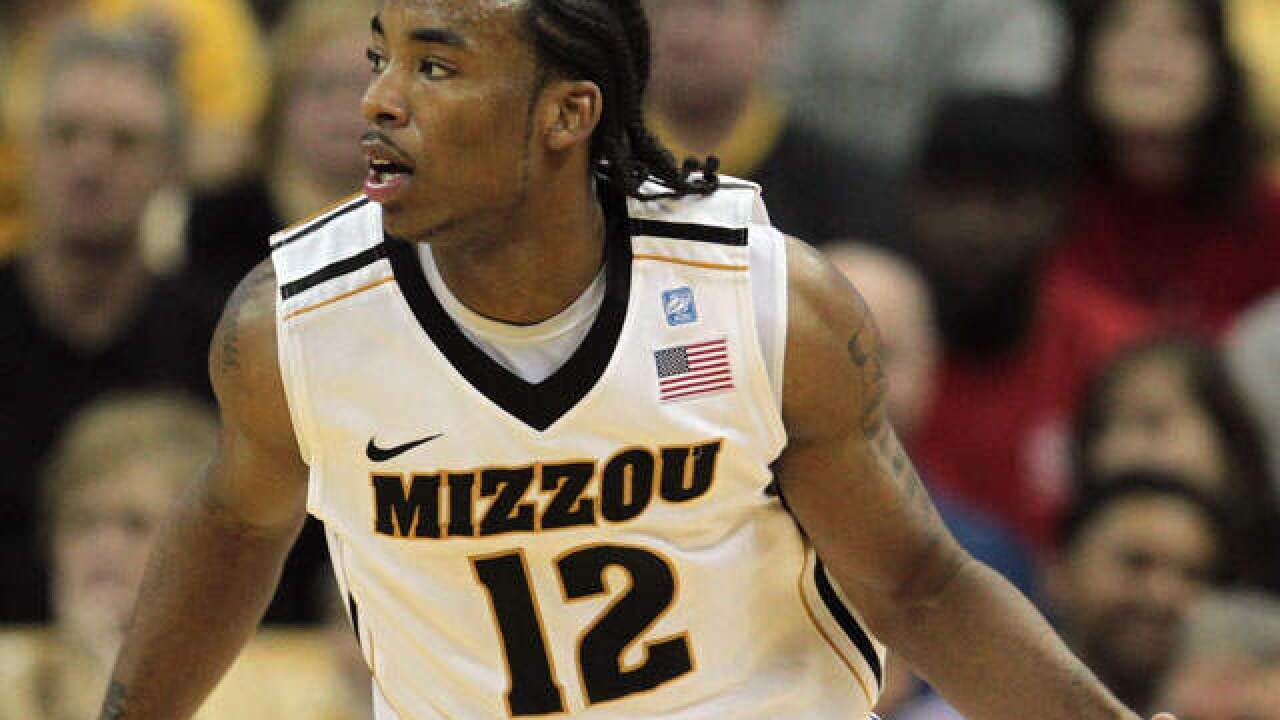 The University announced the inductees on Thursday.

They include Denmon who played basketball at MU from 2009-2012. Denmon finished his career in Columbia ranked fifth on the university's scoring list with 1,775 points. One of Denmon's career highlights include a three-quarter court shot at the end of the first half in the Sweet 16 against Memphis. MU won that game and advanced to the Elite Eight.

The other inductees include:

Dominique Bouchard -- Women's Swimming from 2010-2013
Bouchard finished as the national runner-up twice in the 200 M backstroke at the NCAA Championships. She also earned eight All-American honors. The Athletic Department described her as "the most decorated swimmer in Mizzou women's program history."

Lorraine Ferret -- Women's Basketball from 1980-1983
Ferrett earned All-Big Eight Conference honors in 1982 and 1983. She helped lead MU to a 25-6 record in her senior year. When she left Mizzou, Ferret ranked third in scoring.

Mike Magac -- Football from 1957-1959
Magac earned first-team All-Big Eight  honors as an offensive lineman. After his MU career, Magac was picked in the second round of the 1960 NFL Draft by the San Francisco 49ers.

Chelsea Thomas -- Softball from 2009-2013
MU describes Thomas as "arguably the most prolific and dominant softball player" in school history. During her time at MU, Thomas earned conference pitcher of the year three times. She also helped lead the Tigers to the 2011 Women's College World Series.

MU will formally induct the new class on October 19 in Columbia.