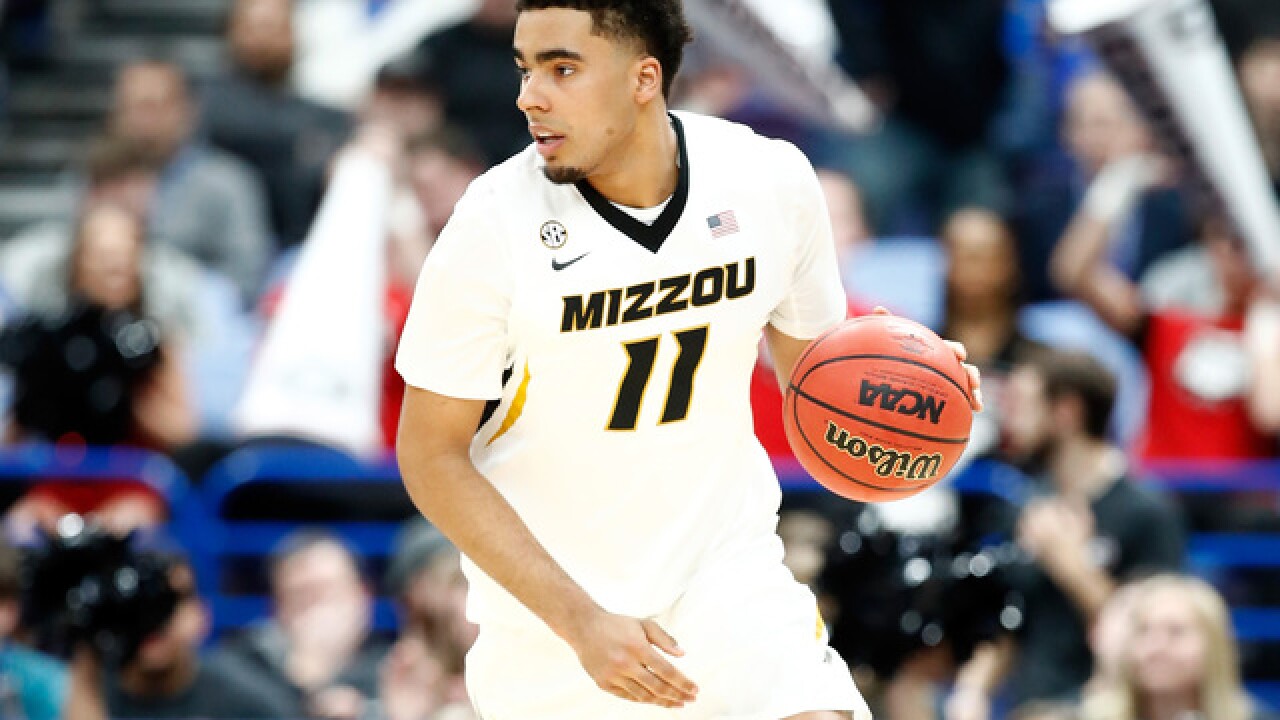 Copyright 2018 Scripps Media, Inc. All rights reserved. This material may not be published, broadcast, rewritten, or redistributed.
Andy Lyons
<p>ST LOUIS, MO - MARCH 08: Jontay Porter #11 of the Missouri Tigers dribbles the ball against the Georgia Bulldogs during the second round of the 2018 SEC Basketball Tournament at Scottrade Center on March 8, 2018 in St Louis, Missouri. (Photo by Andy Lyons/Getty Images)</p>

COLUMBIA, Mo. (AP) — Missouri forward Jontay Porter has withdrawn his name from NBA draft and will return for his sophomore season.

The school announced Porter's decision on Wednesday, the final day the 6-foot-11 forward could remove his name from the draft and return to the Tigers for next season. Porter followed the lead of his brother, Michael Porter Jr., in declaring for the draft last month, but he didn't hire an agent.

Jontay Porter averaged 9.9 points and 6.8 rebounds per game as a freshman for Missouri, doing so after reclassifying his prep eligibility and skipping his senior year of high school so he could join his brother with the Tigers. He earned Southeastern Conference Co-Sixth Man of the Year honors and was named to the league's All-Freshman team.

The 18-year-old took part in the NBA's draft combine two weeks ago and was projected to be taken late in the first round or early in the second.

Michael Porter Jr., a 6-foot-10 forward, hired an agent and will not return to school. He missed nearly the entire season with a back injury and returned for the SEC Tournament. He had 16 points in 28 minutes in a first-round loss to Florida State in the NCAA Tournament.