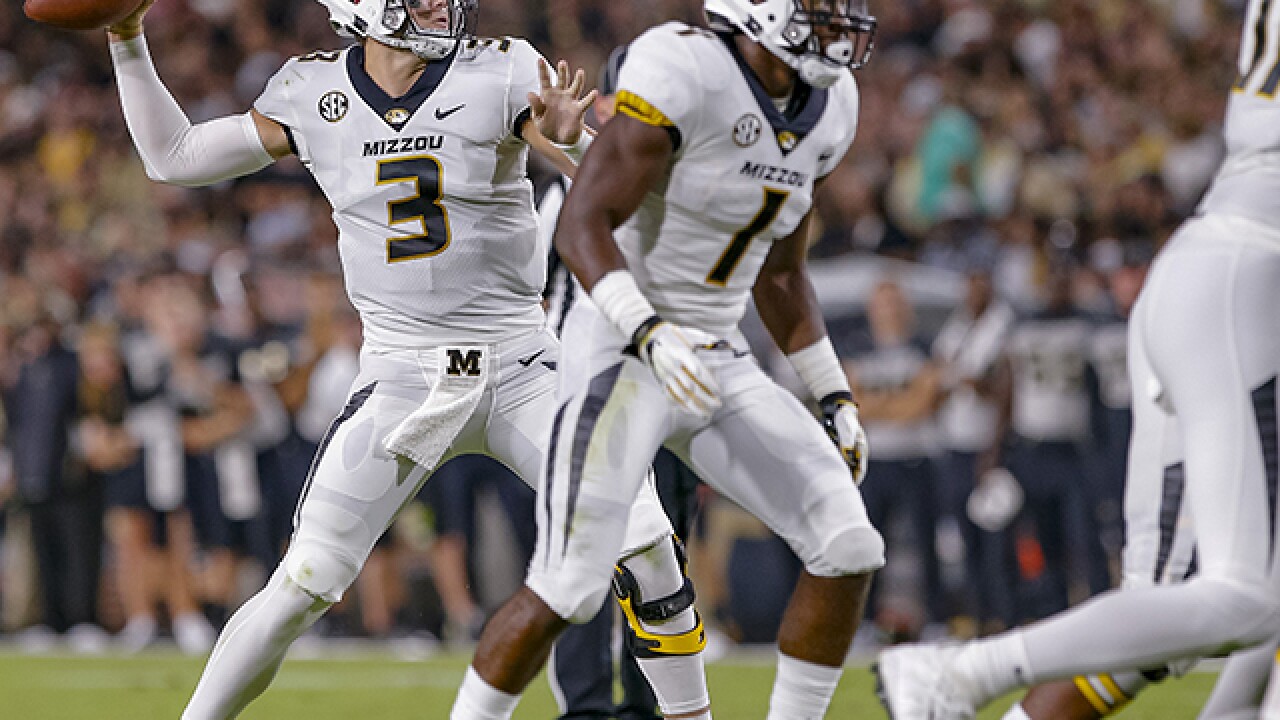 Copyright 2018 Scripps Media, Inc. All rights reserved. This material may not be published, broadcast, rewritten, or redistributed.
Michael Hickey
<p>WEST LAFAYETTE, IN - SEPTEMBER 15: Drew Lock #3 of the Missouri Tigers throws the ball in the first half during the game against the Purdue Boilermakers at Ross-Ade Stadium on September 15, 2018 in West Lafayette, Indiana. (Photo by Michael Hickey/Getty Images)</p>

KANSAS CITY, Mo. -- As far as big games go, this one is almost as good as it gets.

"It makes it fun for us," says Lock, a Lee's Summit native. "Keep writing us off. That's what I like. I like being able to come up from behind and surprise people. That's what we're trying to do here."

There’s plenty on the line for 3-0 Mizzou.

A chance to put the Tigers on the map, a leg up in the SEC East, and a charge into Lock's Heisman Trophy campaign. Lock's coach doesn't quite share in his star QB's giddiness.

"Drew said it was almost fun watching Georgia on video and I would disagree to that," says Barry Odom. "I haven't found the fun part of it yet. I have a lot of respect for Kirby (Smart) and the job that he has done."

The only thing bigger than this game would be the no. 1 team in the nation, which the Tigers get (Alabama) in three weeks.