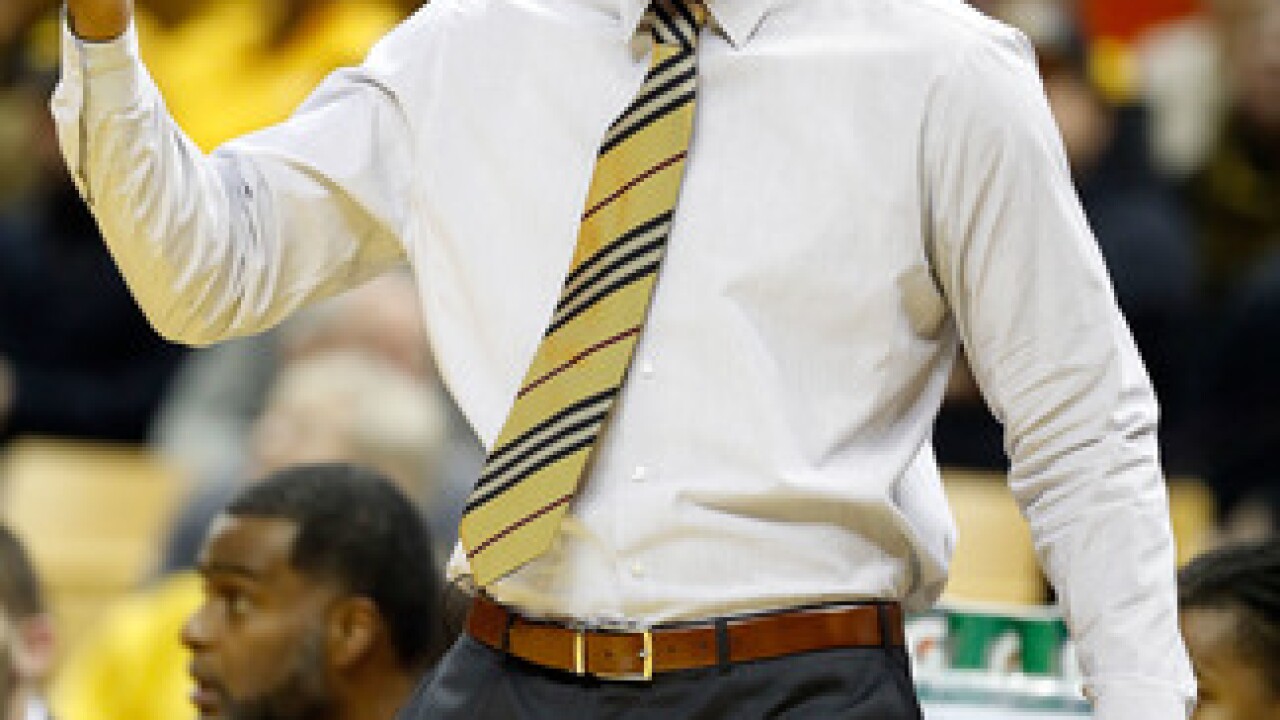 Copyright 2018 Scripps Media, Inc. All rights reserved. This material may not be published, broadcast, rewritten, or redistributed.
Jamie Squire
<p>COLUMBIA, MO - DECEMBER 19: Head coach Cuonzo Martin of the Missouri Tigers coaches from the bench during the game against the Stephen F. Austin Lumberjacks at Mizzou Arena on December 19, 2017 in Columbia, Missouri. (Photo by Jamie Squire/Getty Images)</p>

The Tigers (18-8, 8-5 Southeastern Conference) played solid defense and clean offense, but struggled in the last five minutes, against struggling with the press.

Up two points with 14 seconds left, Missouri turned the ball over on an inbound. Texas A&M's Robert Williams missed a layup with a chance to tie, and the Tigers closed it out at the free-throw line.

T.J. Starks and Admon Gilder led the Aggies (17-9, 6-7) with 14 points each. Robert Williams had nine rebounds for Texas A&M. The Tigers held Texas A&M to just 32 percent from the field in the first half, including 1 of 13 from 3-point range.

Missouri dominated Texas A&M from beyond the arc, where the Tigers hit six 3's to A&M's two. They also turned the Aggies over 16 times and scored 12 points off the turnovers.

Texas A&M came in ranked fourth nationally averaging 41.76 rebounds per game. The Aggies won the rebounding battle 46-30, but forward Tyler Davis picked up his second foul with 11:07 remaining in the first half and played limited minutes after.

Texas A&M: A&M's four-game winning streak, which included wins over Auburn and Kentucky last week, ended. After scoring more than 80 points in each of its last four games, Texas A&M was locked up by Missouri's defense.

Missouri: The Tigers continue to climb the SEC standings. Mizzou is fourth, a half-game behind Tennessee and Florida tied for second. When its offense doesn't turn the ball over, Missouri can be a scary opponent.

Missouri takes its winning streak on the road to LSU on Saturday.