Second Porter declares for NBA draft, but may return to Mizzou 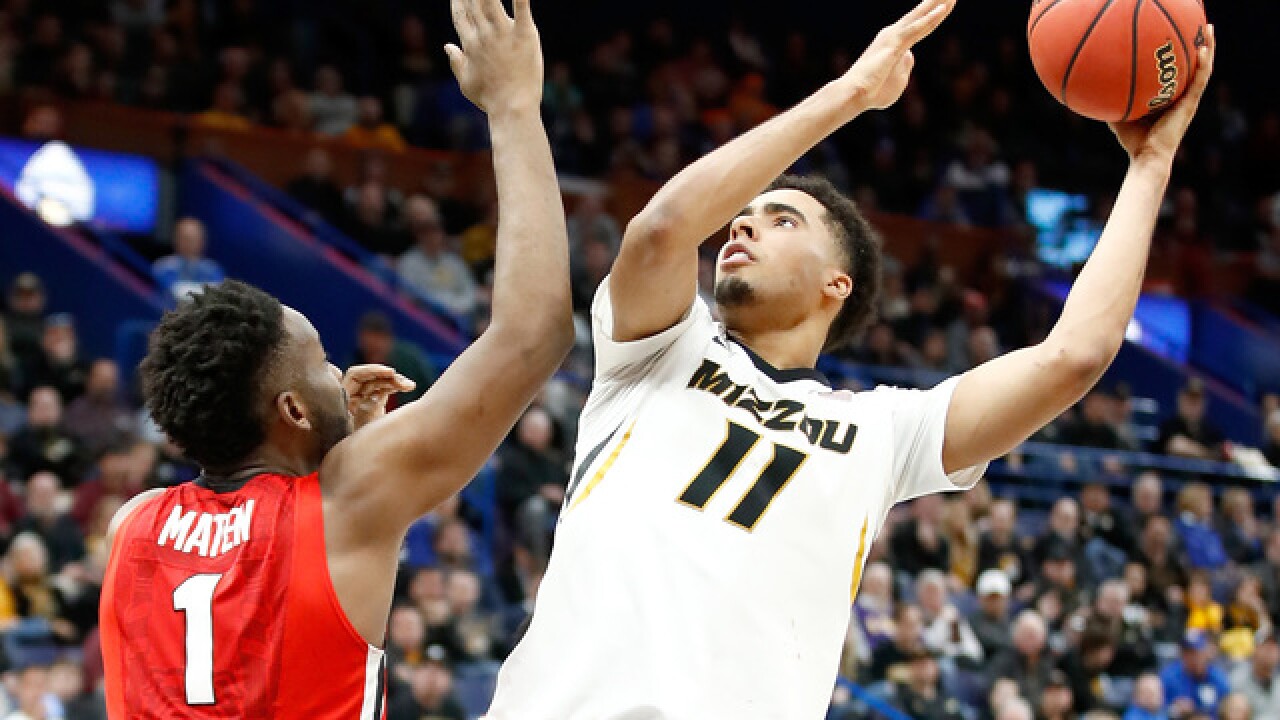 Copyright 2018 Scripps Media, Inc. All rights reserved. This material may not be published, broadcast, rewritten, or redistributed.
Andy Lyons
<p>ST LOUIS, MO - MARCH 08: Jontay Porter #11 of the Missouri Tigers shoots the ball against the Georgia Bulldogs during the second round of the 2018 SEC Basketball Tournament at Scottrade Center on March 8, 2018 in St Louis, Missouri. (Photo by Andy Lyons/Getty Images)</p>

KANSAS CITY, Mo. -- A second Porter has declared for the NBA Draft, but this one will not hire an agent. This leaves open the possibility that freshman Jontay Porter returns to Mizzou.

In a statement the University released on Twitter, Porter said, "I have loved everything about my experience, on and off the court as a member of the Mizzou family. But have always dreamed of playing in the NBA. While I am not making any final decisions at this point, I am not hiring an agent and will be diligent in complying with all NCAA rules to ensure that I maintain my eligibility to compete at the NCAA level for Mizzou in the future, I am going to declare for the NBA Draft. This will allow me to evaluate my status with NBA teams so that I can make a fully educated decision on my future. I am excited for this opportunity and appreciate the continued support from Mizzou nation throughout this process."

Jontay averaged 9.9 points and 6.8 rebounds per game this past season.

The NBA Draft Combine is set for May 16-20 in Chicago. Porter has 10 days after the combine to withdrawal his name if he wants to maintain eligibility.