Cyclones spin over the Tigers 76-59 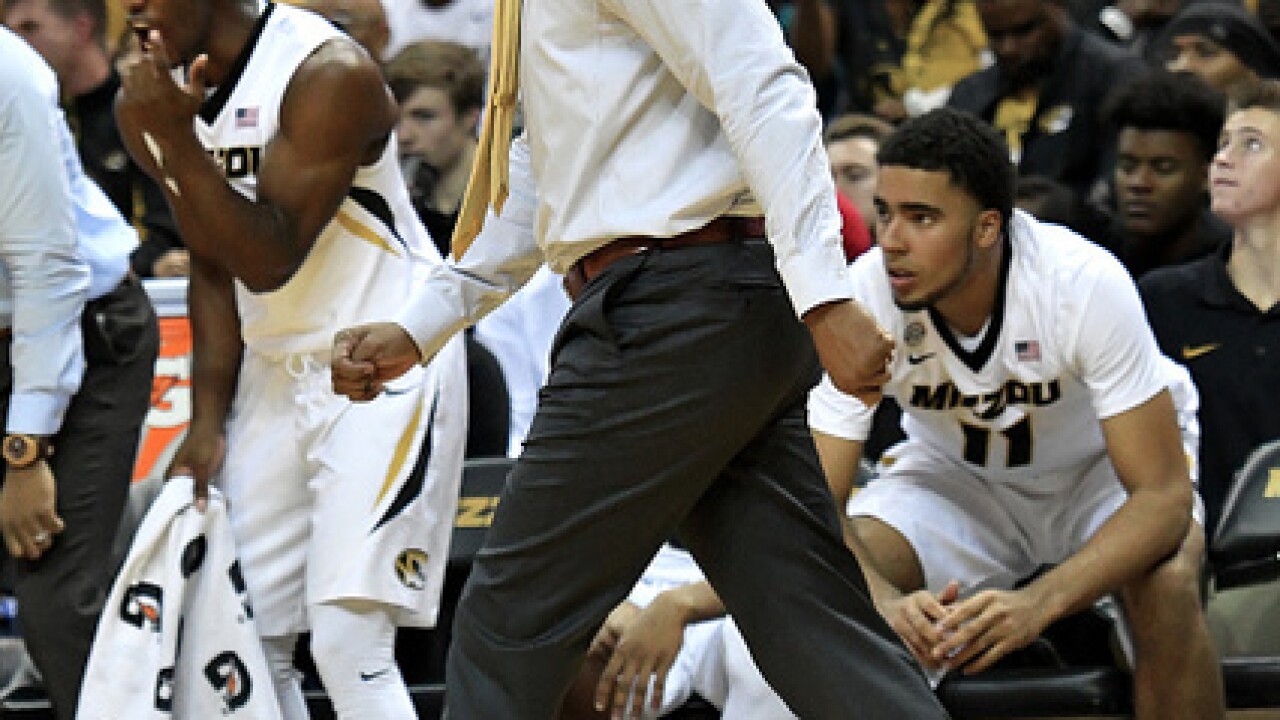 AMES, Iowa -- Iowa State fans showed up to Hilton Coliseum on Friday night to the sight of star Lindell Wigginton in a cardinal-colored cast instead of a cardinal and gold jersey.

It was of somewhat small solace that the Cyclones played so well without their most talented player -- whose timetable for a return to the court was described by coach Steve Prohm as a "week-to-week thing."

Michael Jacobson scored 15 points for the Cyclones (2-0), who avenged a blowout loss in Columbia from last season with a surprisingly complete performance orchestrated by Weiler-Babb.

"He's a high-level point guard. He's the most cerebral player on our team," Prohm said. "He's a senior point guard and he played like it."

Iowa State closed the first half on a 9-0 run and pushed its lead to 47-30 early in the second half. Missouri cut it to 10, but the undermanned Cyclones reeled off eight straight points to jump back on top 61-43. Weiler-Babb's scoop with 4:52 to go made it 70-49, a bucket that put the Tigers out of their misery.

Mark Smith scored 15 points to lead Missouri (1-1), which committed 25 turnovers. Kevin Puryear had 10 points, but he only took five shots.

"At one point, it seemed like it was one after another. We need to have better focus at protecting the ball," Puryear said.

Wigginton, a preseason All-Big 12 selection, showed up to Friday's game against Missouri with a cast on his left foot that was put on Thursday.

Prohm called the injury a strain, adding that Wigginton will spend a week in a cast, a week in a boot and then, hopefully, go through and aggressive rehabilitation to try and get back onto the floor as soon as possible.

Wigginton averaged 16.7 points a game last season and nearly declared for the NBA Draft before returning to school. Wigginton had 13 points in Iowa State's 79-53 win over Alabama State on Tuesday.

"I don't have a timeframe," Prohm said. "To get him back the quickest, we needed to immobilize his foot right away."

Missouri: The Tigers had a staggering 15 turnovers in the first half -- four more than they had in a 68-55 win over Central Arkansas in the opener -- and committed 26 fouls. This loss might've been the truest sign yet of how much Missouri is going to miss the injured Jontay Porter this season.

Iowa State: With Wigginton out and Cameron Lard and Zoran Talley suspended until at least December, Iowa State's eight-man rotation currently has four true freshmen in it. It was a highly thought of class, to be sure, but being forced to play them all so soon certainly wasn't in coach Steve Prohm's master plan.

Haliburton, at 6-foot-5 and just 172 pounds, might be one of the skinniest players in America -- and the release on his jumper is, shall we say, funky. But the kid plays like he's been in Ames for years, rounding his teammates up on stoppages of play like a senior and displaying a well-rounded skill set through two games. Haliburton had eight points, four steals and three rebounds in 40 minutes, and he didn't turn the ball over once. "Tyrese just has that kind of `It' factor," Prohm said.

Missouri outrebounded the smaller Cyclones 35-26. But that was about all the Tigers did right. All those turnovers killed them, as Iowa State had 19 more points off of turnovers in a game it won by 17. "I think it was more about us...we'll get it corrected," coach Cuonzo Martin said.

"He's the key to what they do," Martin said about Weiler-Babb. "Wigginton can score the ball. But I just feel like he's the guy that can get guys where they need to get."