Four Royals in the Top 10 at their positions 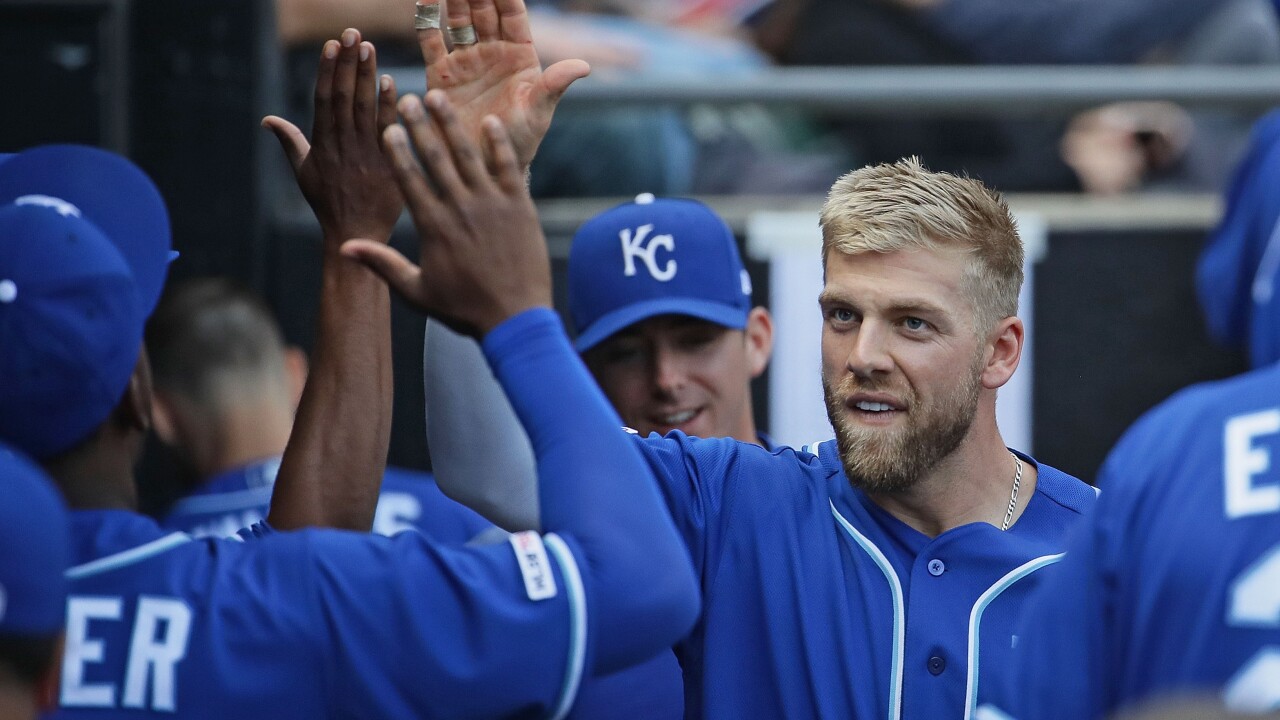 Jonathan Daniel/Getty Images
CHICAGO, ILLINOIS - APRIL 17: Hunter Dozier #17 of the Kansas City Royals celebrates with teammates in dugout after hitting the game-winning home run in the 10th inning against the Chicago White Sox at Guaranteed Rate Field on April 17, 2019 in Chicago, Illinois. The Royals defeated the White Sox 4-3 in 10 innings. (Photo by Jonathan Daniel/Getty Images)

KANSAS CITY, Mo. — The MLB All-Star voting update is in. And while the Royals aren't leading any positions, plenty are on the fringe.

Hunter Dozier leads the Royals in votes and is third at third base in the American League. Still, he's over 400,000 votes behind the leader Alex Bregman of the Astros.

Despite no longer being a regular at the position, Whit Merrifield is sixth among AL second basemen in the voting.

Adalberto Mondesi is eighth among shortstops and Martin Maldonado has the ninth-most votes at catcher.

Primary voting ends June 21. After that, the top three at each position will move on to "The Starter's Election" portion of the voting.

The All-Star Game is Tuesday, July 9.