7 Bold Predictions for the Chiefs 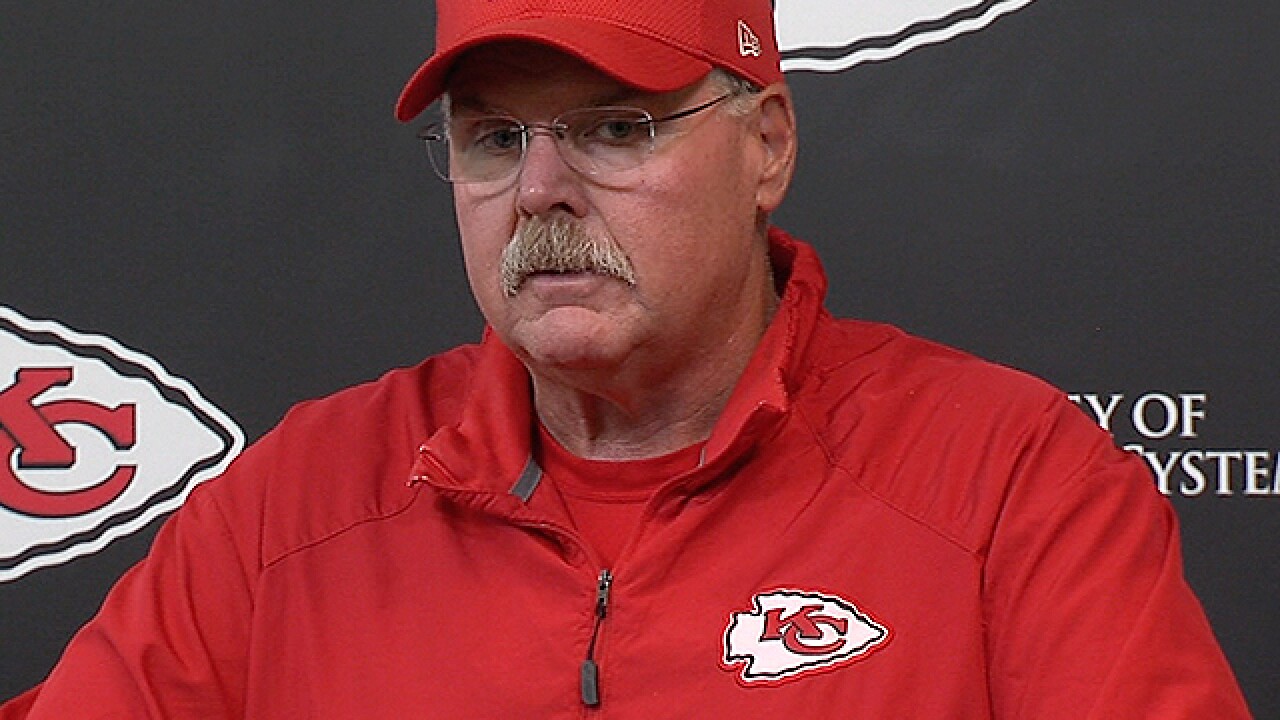 Still, nothing has happened yet which makes it the perfect time to announce the things that will happen.

Tyreek Hill Will Be in the MVP Conversation
I told you this was bold. Yes, it’s true pretty much only quarterbacks win this award (the last five years and 10 out of 11 years) and I’m pretty sure no wide receiver has ever won NFL MVP before but that’s why I said “conversation.”

Heck, Steelers wide receiver Antonio Brown was not only in the conversation last season but was probably leading the vote before being injured. Brown finished with 1533 yards on 101 catches and nine TDs.

Tyreek Hill had 1183 yards on 75 receptions and 7 TDs. That’s only 20+ yards per game more and 1.5 more receptions per game that could easily make up the difference in touchdowns.

A DL Will Lead the Chiefs in Sacks
I never said all these predictions would be flowery.

Outside linebacker Justin Houston led the team in sacks last year but it was (barely) single digits: 9.5.

Second on the team in sacks was defensive lineman Chris Jones with 6.5. You know the DLs, the guys assigned to chew up blockers so the edge rushers can rack up sacks? Well, it hasn’t exactly worked that way for the Chiefs lately.

With Houston moving further and further away from that 22.5 sack season in 2014, and Jones’ improvement (2.0 sacks his rookie year in 2016) this prediction may not be that bold.

Mahomes Will Throw Single Digit INTs
Look, the reasons for Mahomes’ gunslinger narrative are there: big arm and a tendency to ad-lib. After all, have you ever seen a Texas Tech game?

But there are plenty of reasons that point to Mahomes being able to (gasp!) game-manage and not kill his team with costly mistakes.

He finished that “backyard football, gunslinging” college career with 93 TDs and 29 INTs in 32 games. That’s less than one pick per game on a team that threw it 50 times every Saturday.

That’s taking care of the ball at a crazy-good rate.

And in Mahomes’ one real game and handful of preseason games, he’s yet to show a tendency for interceptions.

Mahomes Won’t Throw 20 TDs
Of course, there is the other side to this. Taking less chances usually leads to fewer rewards.

I predict Chiefs fans will find, especially early, that Mahomes will be a lot more like Alex Smith than they thought/wanted.

The closer we get to the regular season, the less likely I see one of these 26:16 (TD:INT) seasons for Mahomes.

Eric Berry Will Play 16 Games
This may be the biggest limb I go out on considering that Berry is iffy at best going into Week 1 at the Chargers.

Berry has yet to play since Week 1 of last year when he suffered an Achilles tear against the Patriots. His ability to bounce back was almost a given this offseason after he, you know, whipped cancer following a missed season.

But heel problems (often a precursor to an Achilles tear) continue to plague Berry.

But here’s to hoping the Chiefs trainers know what they’re doing with this type of injury (they should by now) and that Berry would have gotten zero out of playing this preseason.

He’ll be on the field for the Chargers in Week 1, the Raiders in Week 17 and every game in between.

It would be the first time that’s happened since 2008 and undrafted defensive back Maurice Leggett won it. (Everybody remembers that, right?)

Niemann was the star of the preseason for the Chiefs. And while “camp darling” rarely translates to regular season stud, Niemann plays a position of need for the Chiefs: inside linebacker.

He’s one injury away from playing time (not just special teams) for the Chiefs.

None of the drafted rookies are first team on the depth chart so Niemann begins the season on equal footing with those guys.

Drafted rookie cornerback Tremon Smith will give Niemann a run but in the end the best Chiefs rookie will be the kid out of Iowa.

There are a lot of reasons to doubt the Chiefs in 2018 but they’ll win double-digit regular season games.

Why? Because that’s what Andy Reid does.

You think there weren’t doubts and concerns in most of those?

The man makes bold predictions come true for a living.