ANALYSIS: Chiefs needs ahead of the NFL Combine 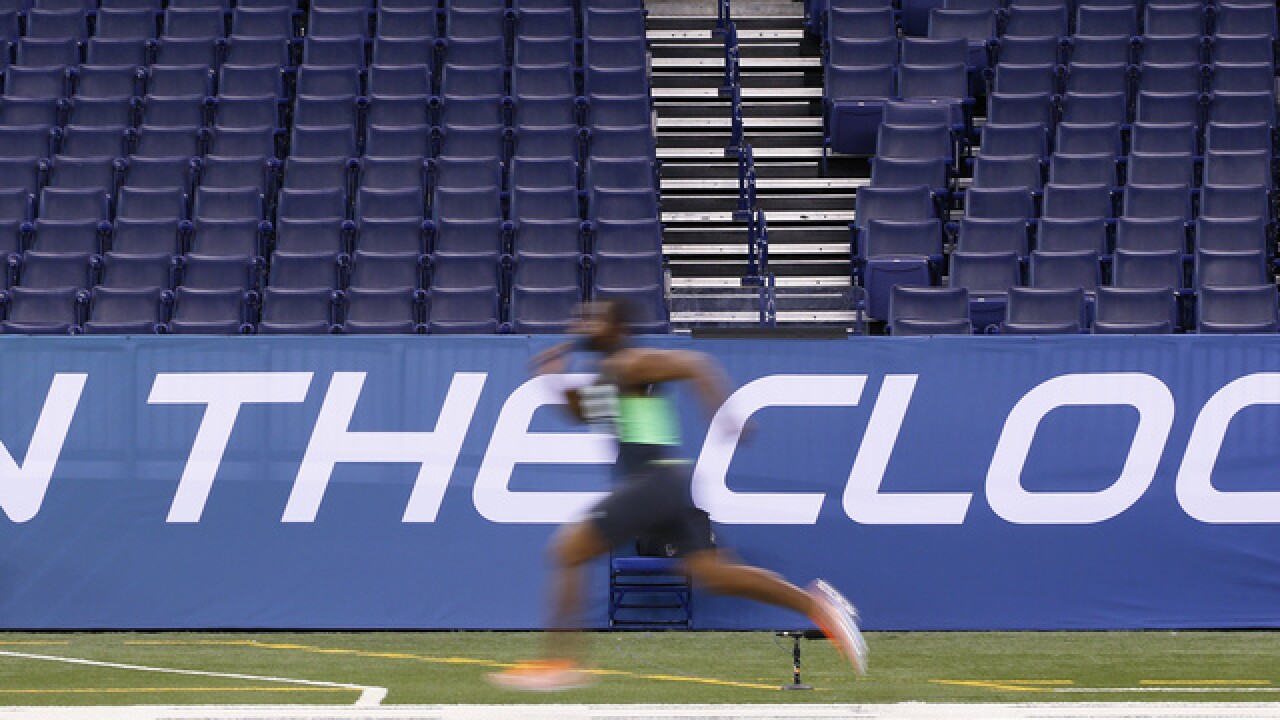 Justin Houston appeared to lack lateral movement multiple times during the season in his pass rush. He was forced to lean on his bull rush to get by during the season. Tamba Hali's injuries have caught up with him. Frank Zombo is a special teams contributor and solid run defender on the edge but can't contribute an athletic rush. Dee Ford's back injury sent him to injured reserve. Dadi Nicolas' leg injury keeps his status up in the air.

Kansas City will likely need to find fast and athletic edge rushers that can get upfield quickly and create a reliable rush. The lack of a consistent speed rush has cost them four playoff runs.

Bennie Logan was unable to create the necessary stop gap after the free agency loss of Dontari Poe. The Chiefs will need to find a strong and stout nose tackle to take on double teams and hold the line of scrimmage, so the linebackers can flow in pursuit.

The Chiefs currently lack strength at the defensive end position in the 34 scheme. Allen Bailey, Rakeem Nunez-Roches, and Chris Jones all had struggles in the run defense and wore down during the season. Jarvis Jenkins was arguably the most reliable in his effectiveness against the run.

The Chiefs are rebuilding the position with the reported trade of Marcus Peters and release of Darrelle Revis. The potential addition of Kendall Fuller through trade and signing of David Amerson will provide youthful athlete corners.

General Manager Brett Veach will likely need to add another player with outside starting potential and would benefit from additional depth in free agency and through the draft.

Derrick Johnson's Achilles injuries, unfortunately, caught up with him and his athletic ability noticeably diminished as the season continued. The Chiefs brought in Reggie Ragland and Kevin Pierre-Louis through trades during training camp. Ukeme Eligwe is a potential long-term option to replace Johnson’s departure, but right now the Chiefs will need to add at this position until the run defense is fixed.

Eric Berry is coming off an Achilles injury, and there is no guarantee he will be the same athlete as he was before the injury. The Chiefs likely need to create an insurance plan for the worst-case scenario. Ron Parker struggled in run support this season and had issues with his tackling ability.

Safety isn't the most important need, but likely must be considered before it rises higher on the list.

The Chiefs have lacked a blocking tight end since the Dick Vermeil era. Travis Kelce is at his best as a pass-catching tight end.

Kansas City would benefit from finding a tight end or two that can help in run blocking and pass protection so Kelce doesn't have to stay in.

Tyreek Hill, Demarcus Robinson, and Jehu Chesson are all building blocks for the future. Albert Wilson is a pending free agent and Chris Conley is coming off an Achilles injury. The Chiefs likely need to find insurance in case of a Hill injury with a speed receiver and an additional possession receiver that can push Robinson and allow Conley to return to full strength. The Kelce playoff injury illustrated the need for additional playmaker insurance.

Kareem Hunt was the 2017 rushing title leader and he did it without a reliable backup. Spencer Ware could provide quality power depth if he returns to full strength from his knee injury.

Kansas City could use a speed running back to help in the shotgun formations and in the receiving game. A speed back would also help with a change of pace between their running style blended with the power of Hunt and Ware.

After the reported trade of Alex Smith, the quarterback room would be enhanced with a veteran presence to help tutor Patrick Mahomes. The ideal veteran backup would have accuracy, athletic ability and experience in the west coast system. An additional developmental quarterback with a big arm that fits into the Mahomes spectrum would benefit the Chiefs at the third spot on the depth chart. Tyler Bray will be entering his sixth season headed into free agency in March.

Line depth is a consistent need around the NFL. College prospects aren't being developed the same way with spread offense systems. Once players reach the professional level, they have a lot of technique flaws that need to be corrected. Due to NFL rules, players don't get the necessary repetition on altering their fundamentals and take longer to develop. So developmental depth is a luxury in this era.

Tyreek Hill is likely a huge part of the Chiefs offense going forward. Kansas City needs to find a returner with speed and good vision in the open field. The opportunity to limit Hill's increased exposure to injury on special teams helps the offense tremendously. Futures signing Daniel Braverman might be able to fit the requirement.

General Manager Brett Veach has a great deal of work ahead for his first official off-season that formally begins on March 14 at 3 p.m. CT.