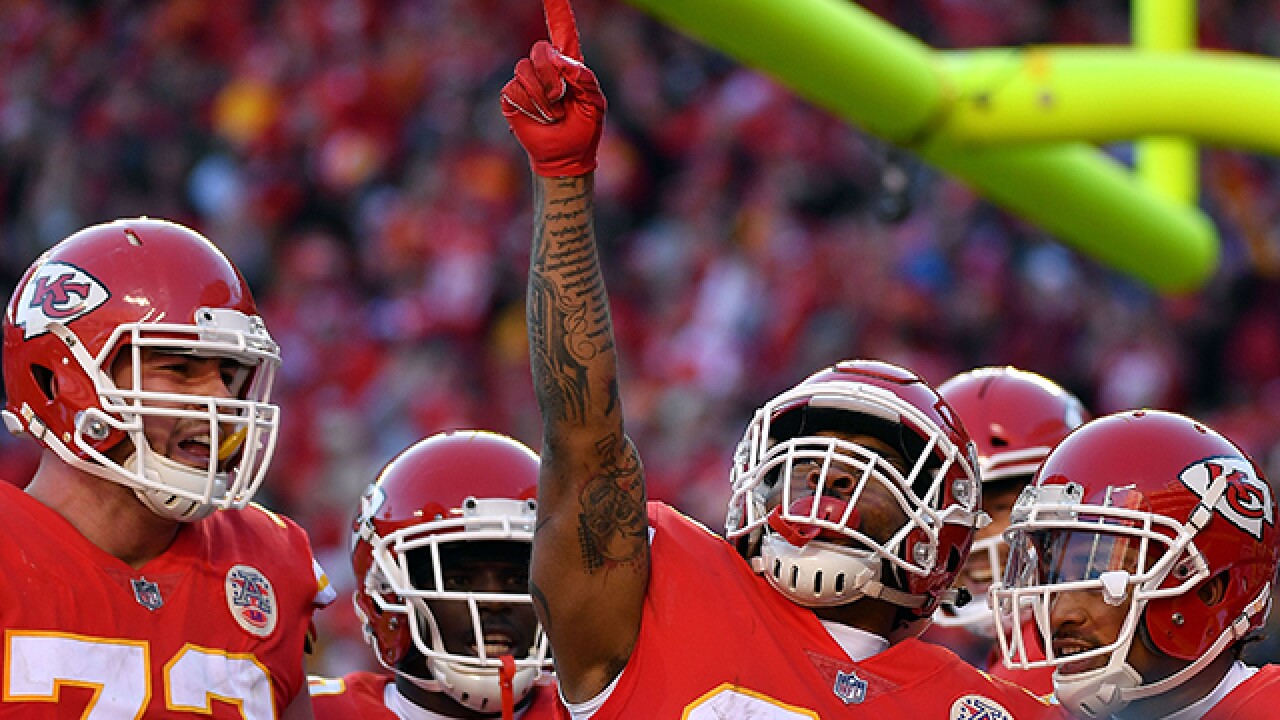 Copyright 2018 Scripps Media, Inc. All rights reserved. This material may not be published, broadcast, rewritten, or redistributed.
Peter Aiken
<p>KANSAS CITY, MO - DECEMBER 10: Running back Charcandrick West #35 of the Kansas City Chiefs is congratulated by teammates after scoring during the game against the Oakland Raiders at Arrowhead Stadium on December 10, 2017 in Kansas City, Missouri. (Photo by Peter Aiken/Getty Images)</p>

KANSAS CITY, Mo -- Seems like win or lose, whenever you saw Charcandrick West he was all smiles. The business side of football however is not always a laughing matter.

The Chiefs announced Wednesday the release of the 5th year running back out of Abilene Christian. West saw little action during training camp after suffering a concussion.

The Chiefs are loaded with depth at running back with Kareem Hunt getting the bulk of the carries, and a healthy Spencer Ware returning from injury.  Offseason acquisitions Damien Williams, Darrel Williams and Kerwynn Williams are all making strides in camp and have proven their ability to catch the ball out of the backfield.

"Charcandrick is a great back, I was really close with Charcandrick." said Assistant Head Coach Dave Toub "I wasn't playing him because of the concussion.  He's a player that we are going to miss.

"He's a good player but we have a thing around here next man up and we have some depth in that position. Brett Veach has made a decision that we are all in with, so Charcandrick can play in this league. He will go somewhere and be playing."

West carried the ball a total of 18 times for 72 yards last season in 13 games for the Chiefs, backing up Hunt.  He made significant contributions to the offense in 2015 when he stepped up to replace the injured Jamaal Charles, running for four touchdowns and 634 yards on 160 carries.

By cutting West the Chiefs free up $1.7 million toward the salary cap.