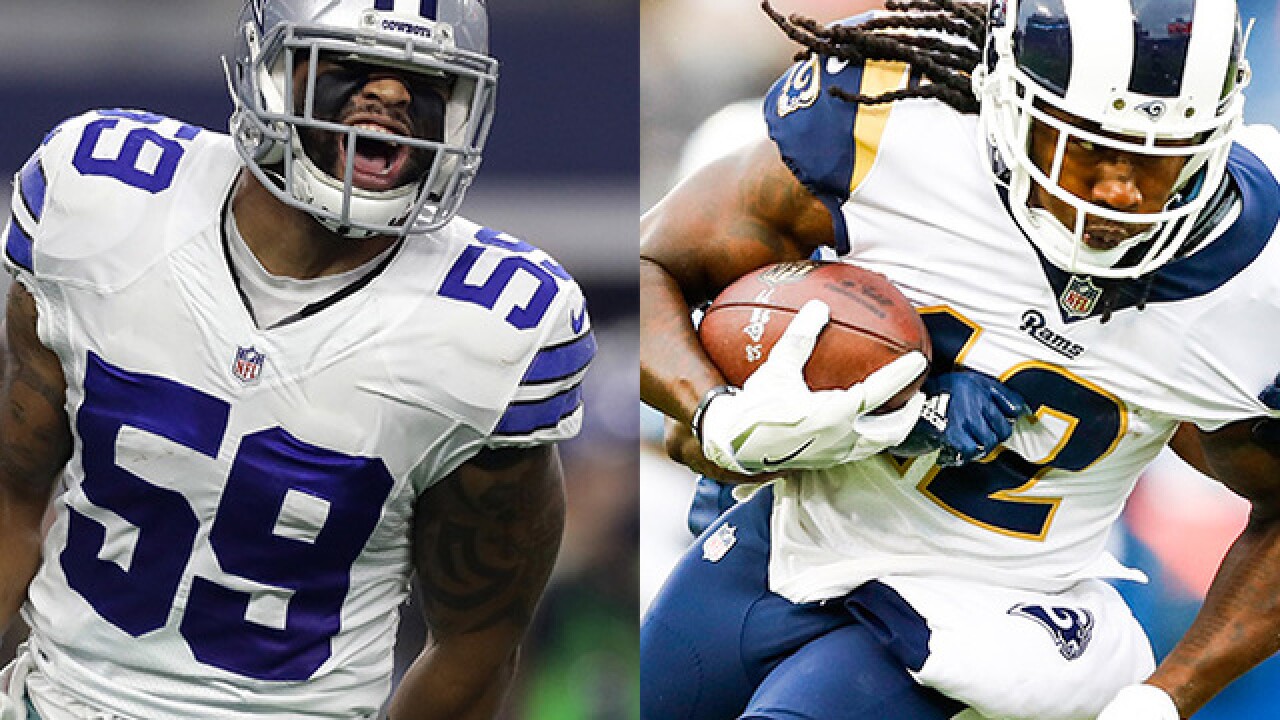 UPDATE 3/14: The Chiefs announced Wednesday afternoon they have agreed to contract terms with wide receiver Sammy Watkins and linebacker Anthony Hitchens, confirming reports of the deals.

We have agreed to contract terms with WR Sammy Watkins and LB Anthony Hitchens. pic.twitter.com/1af6FDuAWj

KANSAS CITY, Mo. (AP) — The Kansas City Chiefs have agreed to deals with wide receiver Sammy Watkins and linebacker Anthony Hitchens, filling two of their biggest needs in free agency, according to reports from The Associated Press and NFL.com.

The AP reports people spoke on condition of anonymity because the signings, along with several other moves made by Kansas City, do not become official until the start of the new league year Wednesday.

The 24-year-old Watkins intends to sign a $48 million, three-year contract with $30 million in guarantees after spending last season with the Los Angeles Rams. He was the fourth overall pick of the Buffalo Bills, where he spent the first three seasons of his career.

According to NFL.com, the Chiefs plan to sign Hitchens, formerly of the Dallas Cowboys, to a deal worth $9 million per season.

The #Chiefs are now adding a big weapon on defense: They plan to sign former #Cowboys LB Anthony Hitchens to a deal worth $9M per year, sources tell me and @TomPelissero.

Hitchens was a fourth-round pick in 2014 and spent four seasons with the Cowboys.