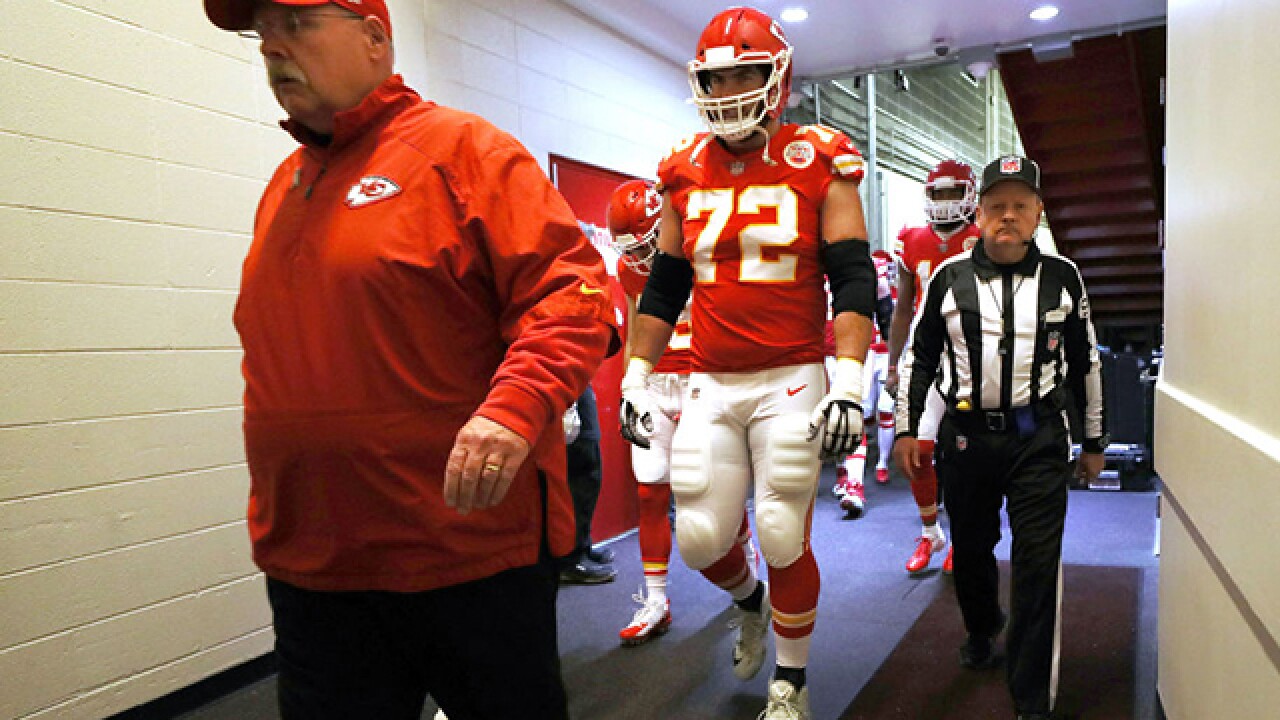 Copyright 2018 Scripps Media, Inc. All rights reserved. This material may not be published, broadcast, rewritten, or redistributed.
Jamie Squire
<p>KANSAS CITY, MISSOURI - NOVEMBER 11: Head coach Andy Reid of the Kansas City Chiefs leads players through the tunnel prior to the game against the Arizona Cardinals at Arrowhead Stadium on November 11, 2018 in Kansas City, Missouri. (Photo by Jamie Squire/Getty Images)</p>

KANSAS CITY, Mo. -- Now that the Chiefs game has officially been moved from Mexico City to Los Angeles, there is a lot of buzz surrounding a game hardly lacking for hype.

In particular, Monday's game represents somewhat of a homecoming for Chiefs head coach Andy Reid and offensive lineman Mitchell Schwartz, but make no mistake about it: This is not a homecoming by any means.

Instead, Reid is approaching it as a business trip, with both teams coming in at 9-1.

"You play the game; there is not a lot of time to socialize," Reid said Thursday. "I love the City of Angels and glad I had a chance to grow up there, but I don't have much time to enjoy that part of it."

It will be another week of primetime football for quarterback Patrick Mahomes, who is embracing the spotlight.

He'll be up against one of the toughest defenses in the NFL in the Los Angeles Rams, a unit that includes former teammate Marcus Peters.

The Chiefs say it's much more than just facing a former teammate.

"I'm eager to play against anybody," said receiver Chris Conley on the possible matchup against Peters. "We know who Marcus is; we know he's a good player."

"Being able to play against guys like that, just like the rest of their defense with Aaron Donald, and Suh, Joyner and all those guys," Mahomes said Thursday. "They have a lot of guys that love football, love to compete and I get to play against the best."

You can't forget about guys like Sammy Watkins, the former Ram who was back at practice for the Chiefs on Thursday and looking forward to getting out there against his former teammates.