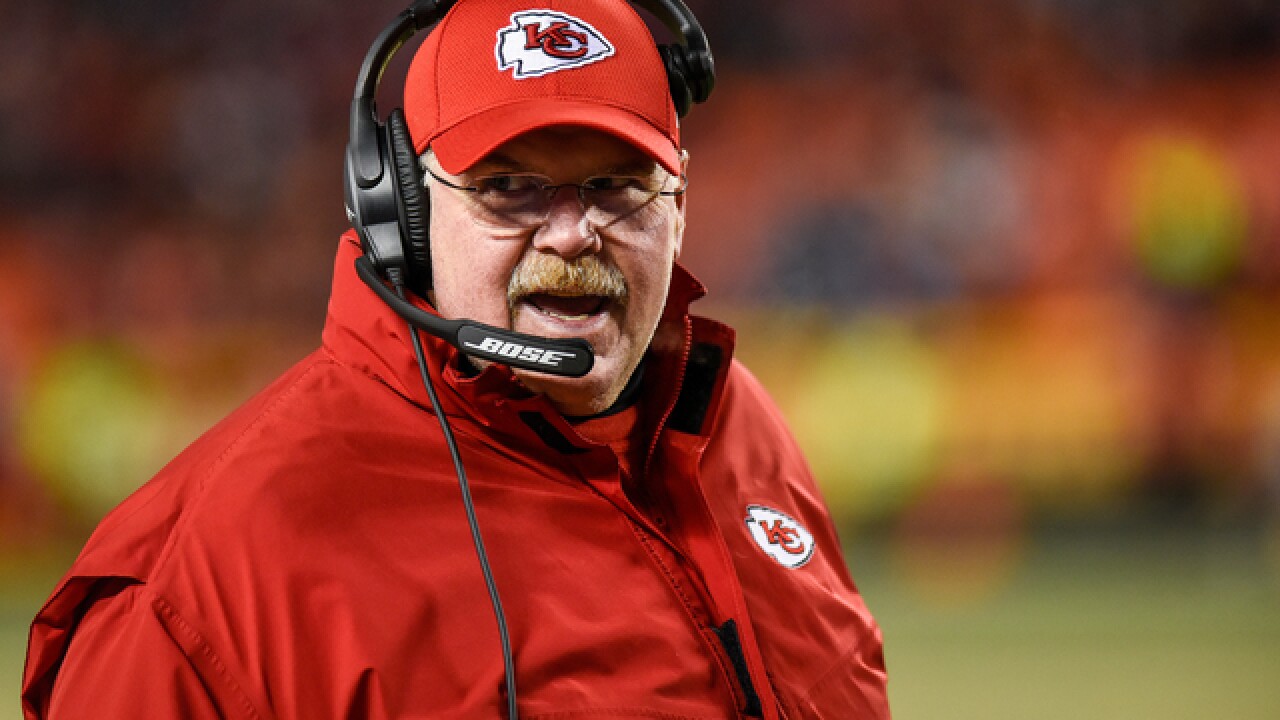 The domino effect: where one move can set off a chain reaction.

And nowhere is the domino effect in more frequent practice than in the NFL.

Take, for instance, the Chiefs coaching staff. All it took was for offensive coordinator Matt Nagy to leave his post for the head coaching job in Chicago, and now 10 of the Chiefs' 19 coaching positions under Andy Reid will be different from 2017.

Of course, the biggest change will be the guy replacing Nagy: new offensive coordinator Eric Bieniemy. In a sea of faceless names that often make up these NFL coaching staffs, Bieniemy's carries the most weight. Many in this area remember the 48-year-old from his college days, as Bieniemy was an All-American running back in the Big 8 for Colorado. In 1990, he led college football in rushing and won a national championship with the Buffaloes.

Bieniemy's pro career wasn't nearly as celebrated, but he spent his final NFL season in Philadelphia, where a new coach had just taken over: Andy Reid. Almost two decades later, Bieniemy is Reid's offensive coordinator. And after the Alex Smith trade, Bieniemy will help usher in the Patrick Mahomes era.

"Obviously he's a great young prospect," said Bieniemy. "I think the kid is a tremendously talented kid. And I think that one thing moving forward is, he's done a great job of just being himself."

Bieniemy has spent the last five seasons in Kansas City as running backs coach. So while he's not new, his replacement certainly is. Deland McCullough makes the jump from college to Kansas City. McCullough spent last year at USC after six years coaching running backs at Indiana.

"Deland has a track record of success teaching young running backs and he's also played in this league," Chiefs Head Coach Andy Reid said. "I enjoyed the time I spent getting to know him and believe he will be a very good addition to our coaching staff."

Nagy was also the team's quarterback coach a year ago. That role will now be filled by former quarterback Mike Kafka. Like Bieniemy, Kafka played under Andy Reid and only retired from football two years ago.

Kafka's move was announced with a flurry of others on the coaching staff, most of them being promotions from within.

But those only come with departures and former NFL Head Coach Brad Childress made it official this week, he's retiring from football. Childress spent 12 of his 19 years in the NFL under Reid. Childress was also the head coach of the Minnesota Vikings for five years.

Also retiring is Tommy Brasher, who's been with Andy Reid since 1999. Brasher began coaching football in 1965 at El Dorado High School in Arkansas.

The only coach not returning for the 2018 and one of the only coaches let go under the Andy Reid regime in Kansas City is Gary Gibbs. Gibbs had been in KC since 2009, four years before Reid's arrival. The former Oklahoma head coach had been coaching Chiefs linebackers since 2013.