KANSAS CITY, Mo. — Following a play, this is the only flag you want on the field in Chiefs Kingdom. 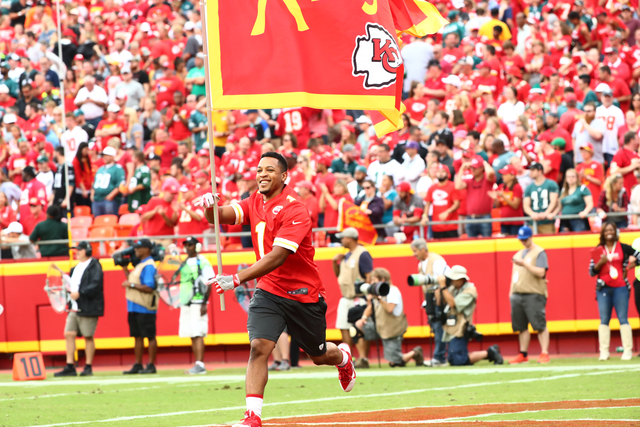 Carrying a 12' x 6' “Chiefs Kingdom” flag, they lead the team out of the tunnel prior to kickoff and sprint across the end zone following a touchdown or field goal.

They’re known as the “Chiefs Flag Warriors” and are in the middle of the loudest (142.2 db) and most exciting atmosphere in the NFL.

For more than two decades, the Kansas City Chiefs have had at least one large flag being run across the field, though it wasn’t the same as the Flag Warriors' current setup. 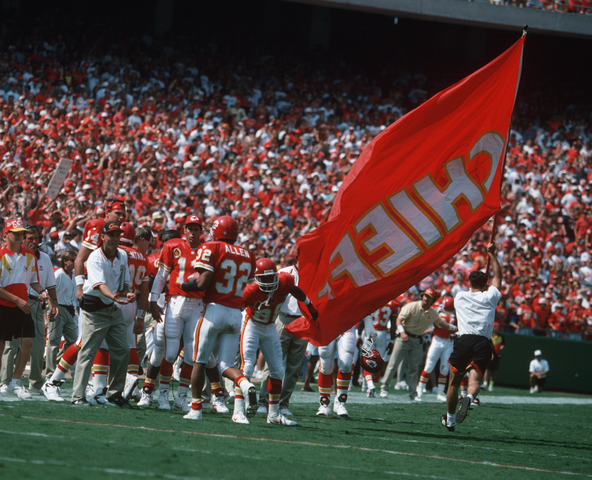 Kansas City Chiefs running back Marcus Allen (32) celebrates on the sidelines with his coaches and teammates as a Chiefs flag is run across the field during a 1994 NFL game.

In June, dozens of people tried out for the Flag Warriors and only eight made the cut.

At all Chiefs home games, including the preseason, fans will see six Flag Warriors running the field. Before kickoff, the guys can be seen in the pregame parade as well as the pregame rumble.