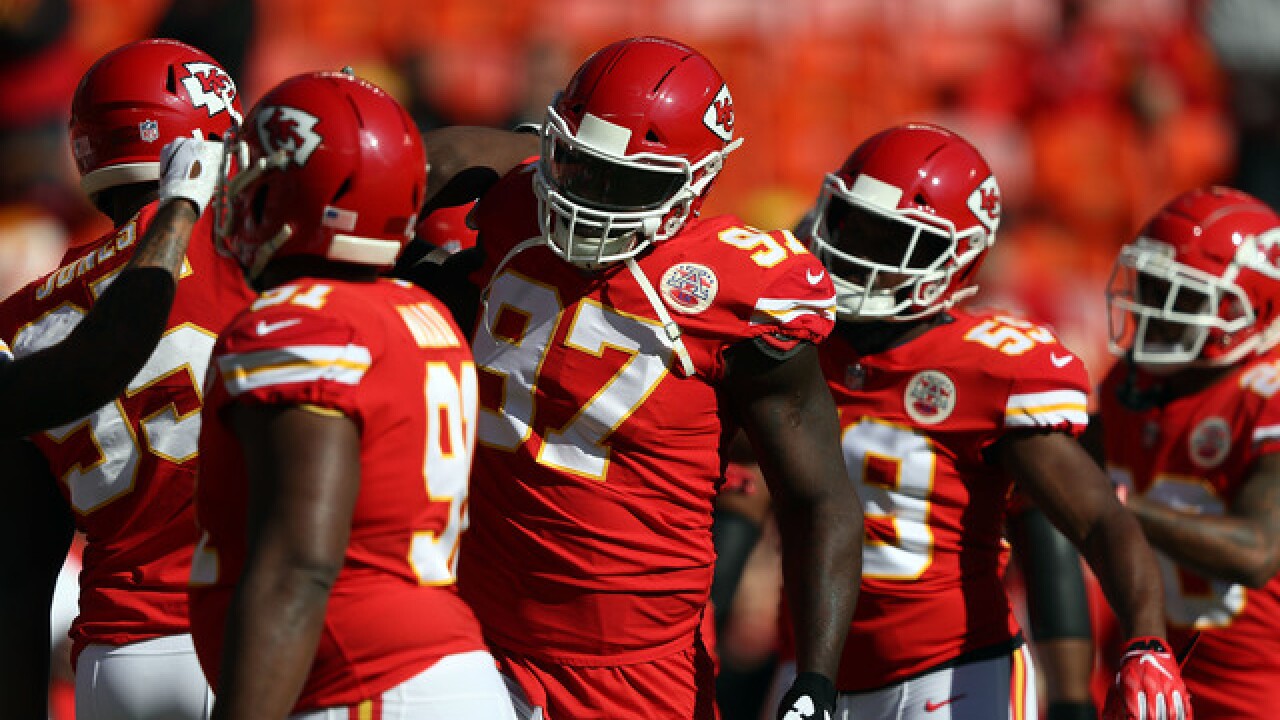 Copyright 2018 Scripps Media, Inc. All rights reserved. This material may not be published, broadcast, rewritten, or redistributed.
Jamie Squire
<p>KANSAS CITY, MO - OCTOBER 28: Defensive end Allen Bailey #97 of the Kansas City Chiefs warms up prior to the game against the Denver Broncos at Arrowhead Stadium on October 28, 2018 in Kansas City, Missouri. (Photo by Jamie Squire/Getty Images)</p>

KANSAS CITY, Mo. -- When the Cleveland Browns take the field Sunday, they'll do so without a permanent coach or offensive coordinator.

That's opened the door for Excelsior Springs, Missouri native Gregg Williams, the Browns defensive coordinator, to move up to the interim head coach position for the team.

"That [firing of Jackson and Haley] don't have nothing to do with us," Chiefs running back Spencer Ware said. "We're gonna go out there, play Chiefs ball, and they have to adjust to us."

The Chiefs (7-1) will travel to face rookie quarterback Baker Mayfield and the Cleveland Browns (2-5-1) at FirstEnergy Stadium.

LISTEN: 4th and 1 Podcast breaks down Chiefs win over Denver

Chiefs linebacker Nate Orchard was recently signed by the Chiefs several weeks ago. Orchard was drafted by the Browns in the 2nd round of the 2015 NFL Draft and played the first three years of his career with them.

He remembers his time there in Cleveland.

"It's a bitter sweet feeling. I'm excited to go back and be able to see the fellas. But, you know, I left there on good terms," Orchard said. "At the same time, I'm excited to be here in Kansas City to get on the road and just continue to do what we're doing."

Chiefs head coach Andy Reid is leading arguably the most potent offense into Cleveland. Some experts believe this is the softest part of their schedule between a road game at Cleveland and next week's home contest against the Arizona Cardinals.

But, Reid knows that his team can't rest on their previous accomplishments.

"The guys, I thought, had a good week of practice. They worked hard. Today, we knocked out [the] red zone," Reid said. "[It was] important that we went through the process here and we continue that as we go to Cleveland [and] finish up what we need to finish up in preparation to play a good football team."