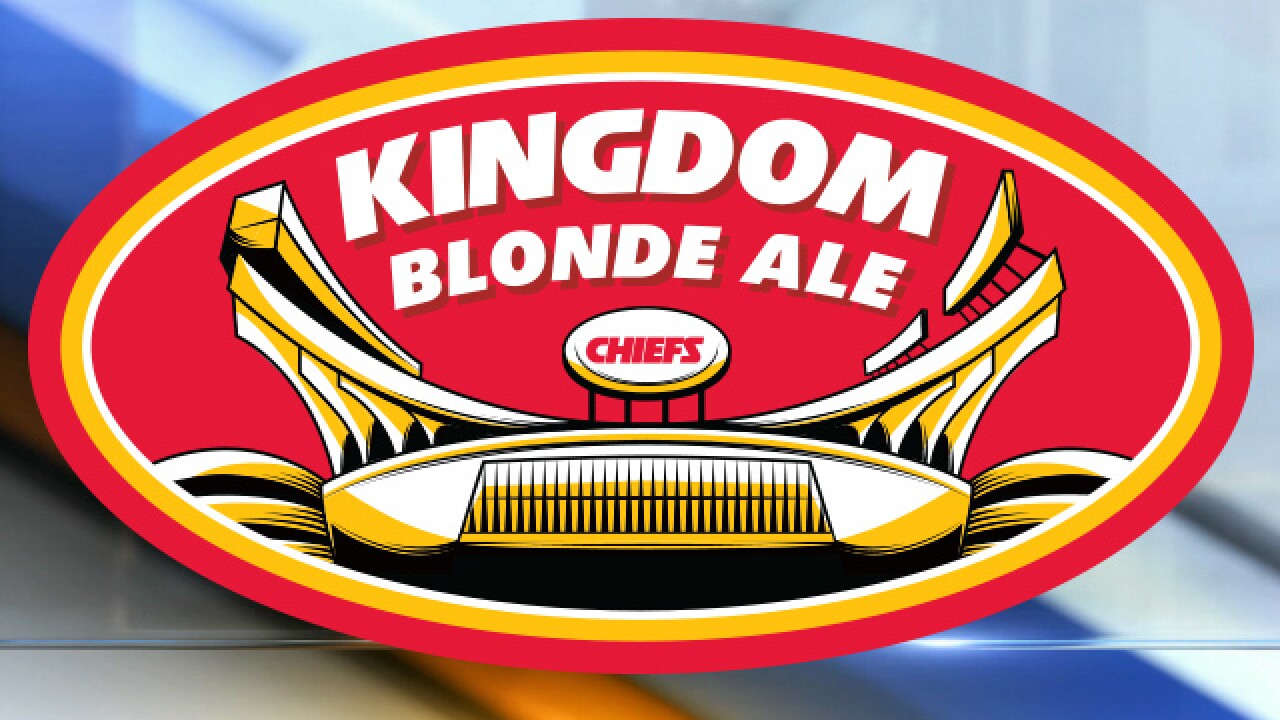 The Kansas City Chiefs announced the new Kingdom Blonde Ale will arrive at Arrowhead Stadium on August 9 for the first preseason game against the Houston Texans.

The Los Angeles based company, Golden Road Brewing, is the maker behind the new draft. The company has a partnership with Anheuser-Busch, which has a long-standing partnership with the Chiefs in beer distribution at Arrowhead.

In May, the Chiefs were the first team in the history of the NFL to file for a trademark on an alcoholic beverage involving their team name, logo, and brand.

This isn’t the first time Anheuser-Busch has crafted a beer for the Chiefs. In 2014, the Chiefs unveiled the Kingdom Red Ale which was only sold at home games. That beer however, was not trademarked by the team.

The Chiefs have not yet announced if Kingdom Blonde Ale will be an exclusive draft for home games or be sold in stores as well.