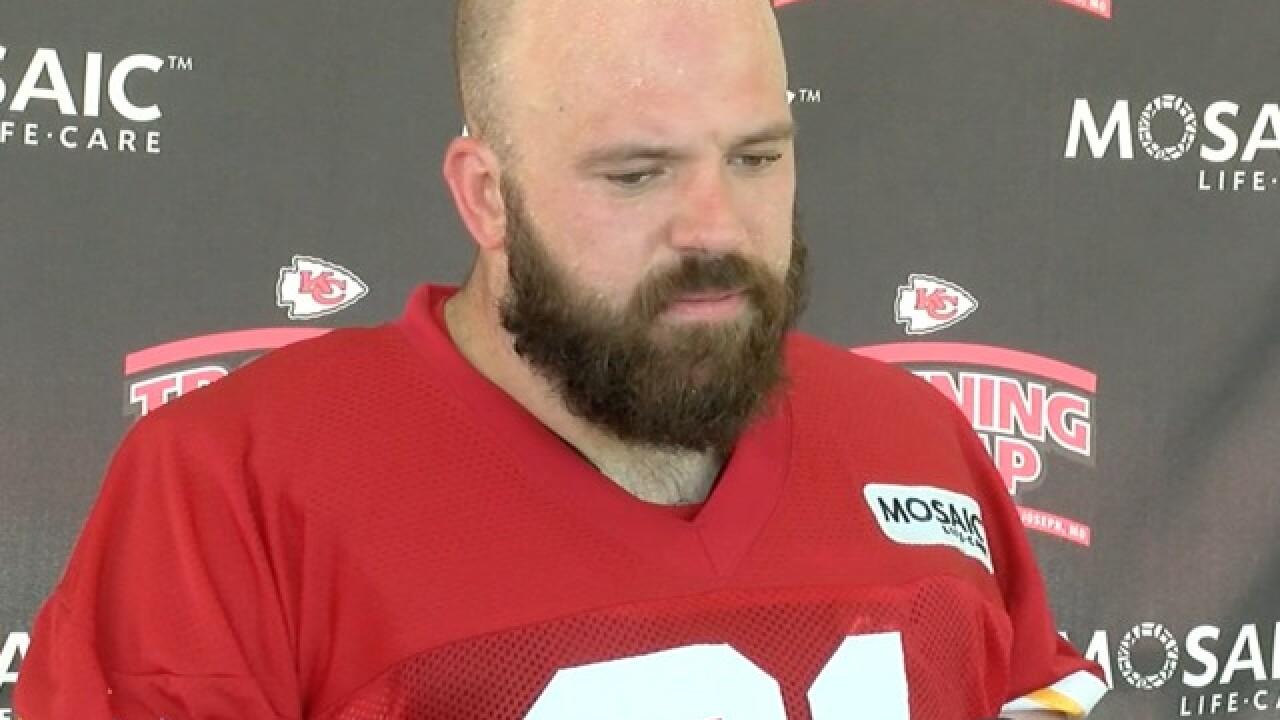 KANSAS CITY, Mo. — It seemed like the Chiefs lost a key player about every week in 2017.

From Eric Berry to Chris Conley to Spencer Ware to Cairo Santos.

But one of their biggest injuries hit offensive lineman Mitch Morse in Week 2 against the Philadelphia Eagles.

"I don't know if you've seen Fletcher Cox, but he's a giant human," joked Morse Tuesday at Chiefs training camp. "I took a bull rush and I thought it was my ankle at first."

Instead, it was Morse's left foot. He said he "felt it pop" and gone were the next five games of Morse's season. The Chiefs went 3-2.

But then Morse tried to hurry back, playing Weeks 8-13. The Chiefs went 1-4 in that stretch.

"The truth of the matter was I felt like I wasn't contributing for the guys," said Morse. "I wasn't putting my best self out there. And guys were picking up my slack when I was out there."

Morse was shut down the remainder of the season but declares he's 100 percent here in St. Joe.

"I'd like to thank everyone in the training room. It was a long process."