Chiefs select defensive lineman in second round of NFL Draft 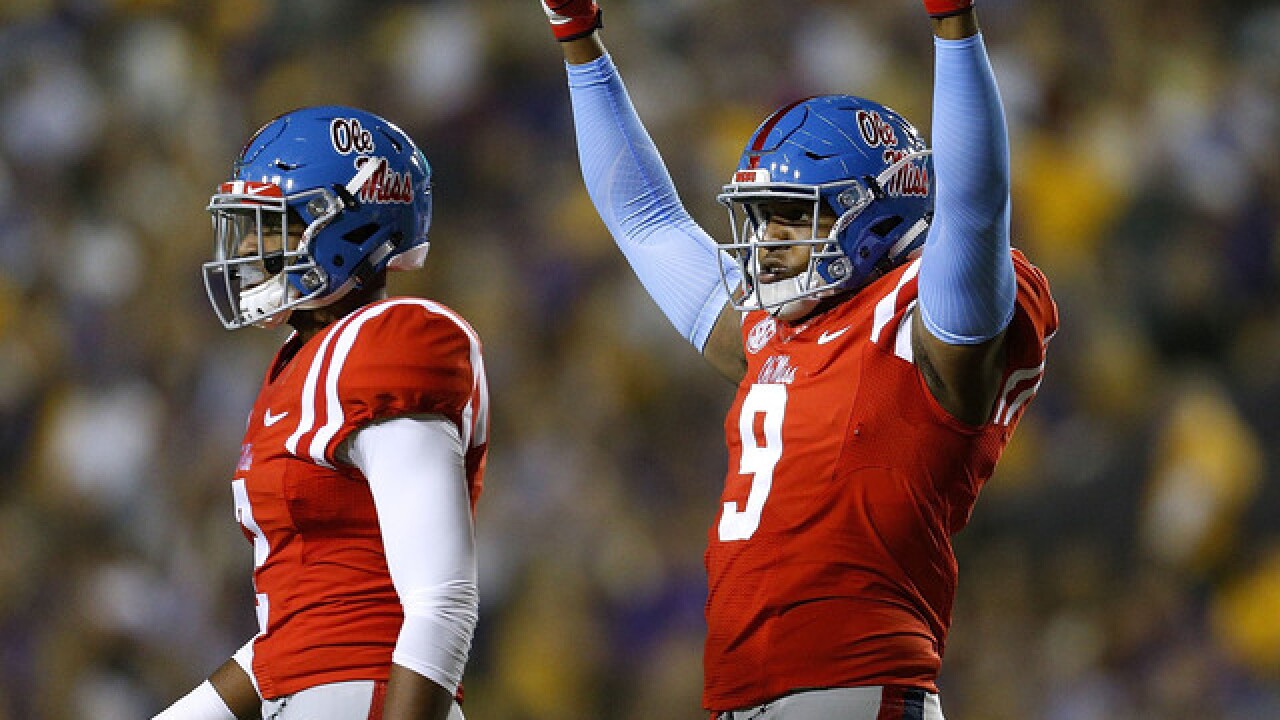 Copyright 2018 Scripps Media, Inc. All rights reserved. This material may not be published, broadcast, rewritten, or redistributed.
Jonathan Bachman
<p>BATON ROUGE, LA - OCTOBER 22: Breeland Speaks #9 of the Mississippi Rebels celebrates during the first half of a game against the LSU Tigers at Tiger Stadium on October 22, 2016 in Baton Rouge, Louisiana. (Photo by Jonathan Bachman/Getty Images)</p>

KANSAS CITY, Mo -- After trading up in the second round, the Kansas City Chiefs selected defensive lineman Breeland Speaks with the 46th pick.

Speaks attended Ole Miss and was a four-star recruit out of high school. The Jackson, Mississippi native recorded nine sacks and 15 tackles for loss in three years at Ole Miss.

"What we think we are getting here is a high motor, intense player," said Reid. "I love his core strength, his ability to play the run and the pass. He's kind of done a little bit of everything for Mississippi."

Reid says the Chiefs brought Speaks to Kansas City to spend an extended amount of time with him. "He picks it up so easy," said Reid. "He's a smart kid and we thought he handled everything really well."

On Twitter, Speaks said, "Glad to be a Chief."

Speaks did have off the field issues at Ole Miss. In 2016, he was arrested for an alleged DUI. Reid says he spoke with Speaks about the arrest and a few on-field outbursts.

"He's made some mistakes on and off the field. We think that's past him," said Reid. "He owned up to everything. He's very honest."

To draft Speaks, the Chiefs traded the 54th and 78th pick to the Cincinnati Bengals for the 46th and 100th pick in this year's draft.

In the third round, the Chiefs once against traded up. With the 75th pick, the team selected defensive tackle Derrick Nnadi from Florida State.

With the last pick of the third round, the Chiefs selected linebacker Dorian O'Daniel. The Cooper City, Fla. native recorded 8.5 sacks and 28 tackles for loss in four years at Clemson.