Chiefs thrilled to welcome back West 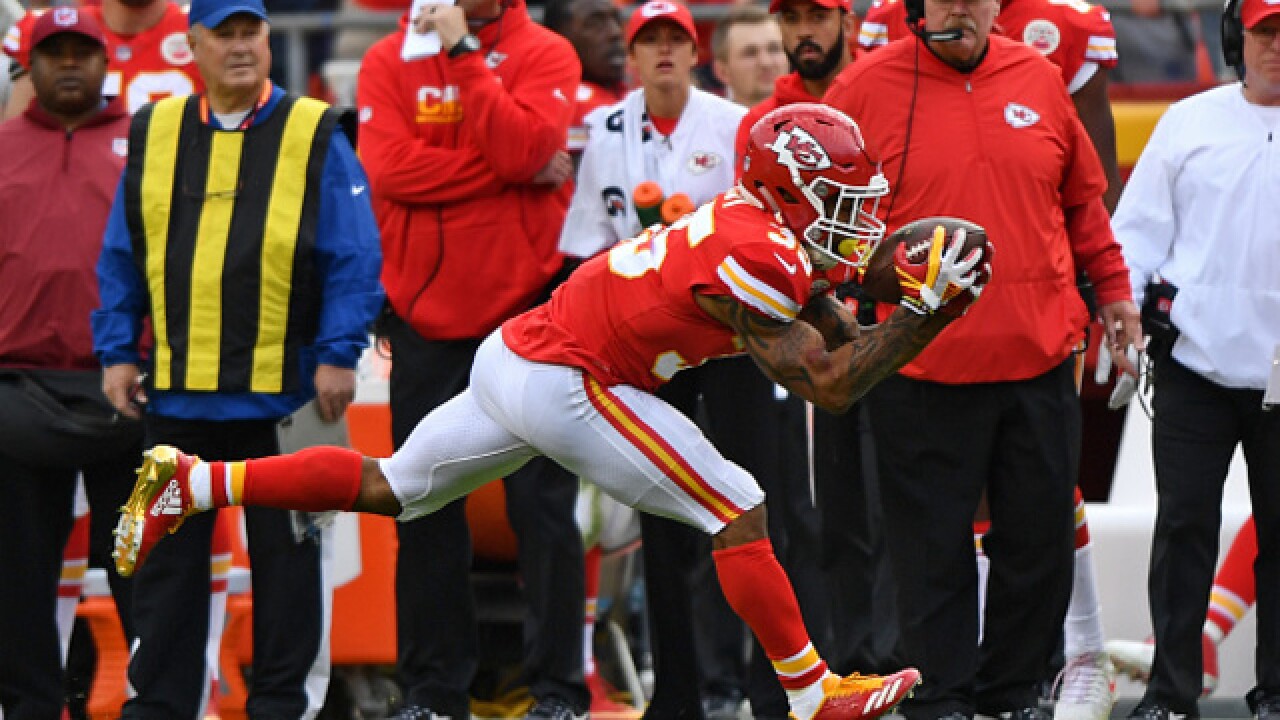 Copyright 2018 Scripps Media, Inc. All rights reserved. This material may not be published, broadcast, rewritten, or redistributed.
Peter G. Aiken
KANSAS CITY, MO - NOVEMBER 26: Running back Charcandrick West #35 of the Kansas City Chiefs catches a pass against the Buffalo Bills during the second half at Arrowhead Stadium on November 26, 2017 in Kansas City, Missouri. (Photo by Peter G. Aiken/Getty Images) 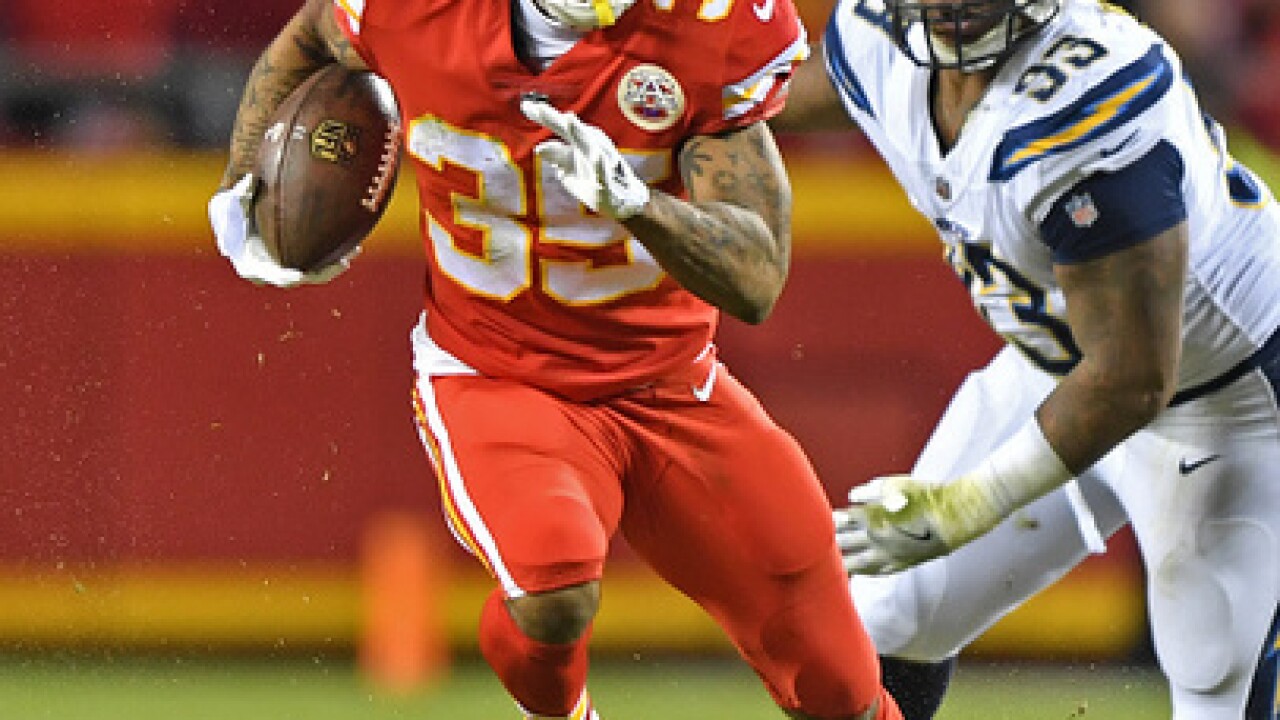 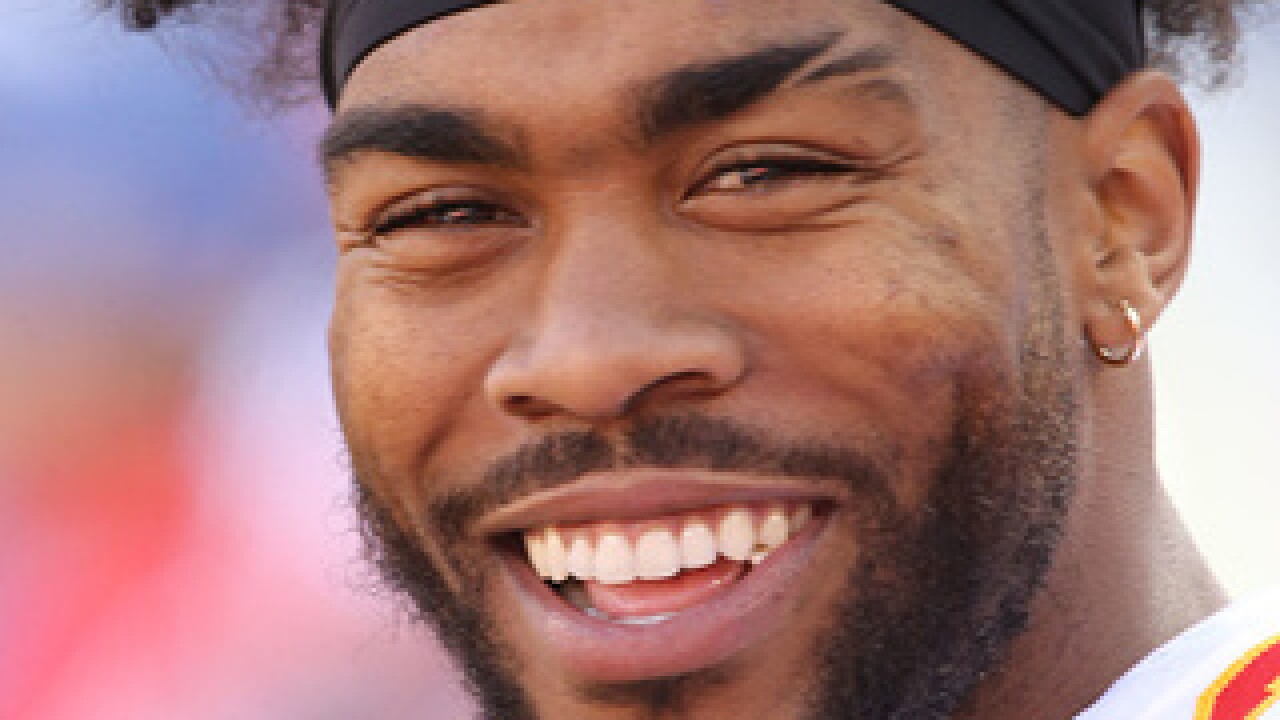 KANSAS CITY, Mo. — After spending the entire season at home near Dallas, newly-acquired Chiefs running back Charcandrick West is thrilled to be back where it all started.

Wearing his trademark smile, West admits coming back home to KC is a surreal feeling after being cut by the Chiefs prior to the start of the season.

"I tell them it's crazy for us to be sitting here back in this locker room the same year I got cut," said West. "With the team having so much success, the situation that I walked into is crazy to be on a team this good, that has a high chance of winning the Super Bowl."

In his previous four seasons with the Chiefs, West showed versatility running the ball, catching out of the backfield, and playing on special teams.

2015 was by far his finest season, starting in nine games that year. 634 yards rushing, 214 yards receiving and five touchdowns. Always known as a "workhorse" West managed to condition and train while waiting for his next NFL opportunity.

"He has kept himself in real good shape," said Chiefs Head Coach Andy Reid. "He hasn’t been in a game for a while. If he had just stayed physically in shape, yeah, he’s in shape. But there is also the football shape part of it. He understands. He has been around long enough to know how to go about it and what would be ahead of him if he had an opportunity to play.”

Having a high energy, positive attitude is just what the Chiefs locker room will need heading down the stretch.

“He brings energy at all times, you will never see him not smiling. He’s a great guy, but also, he’s a great player," said Chiefs QB Patrick Mahomes. "He knows this offense really, really well so you’ll have trust with him day one if he needs to be in there because he knows this offense, he knows what we need to do.”