Chiefs to induct Tony Gonzalez into team's hall of fame 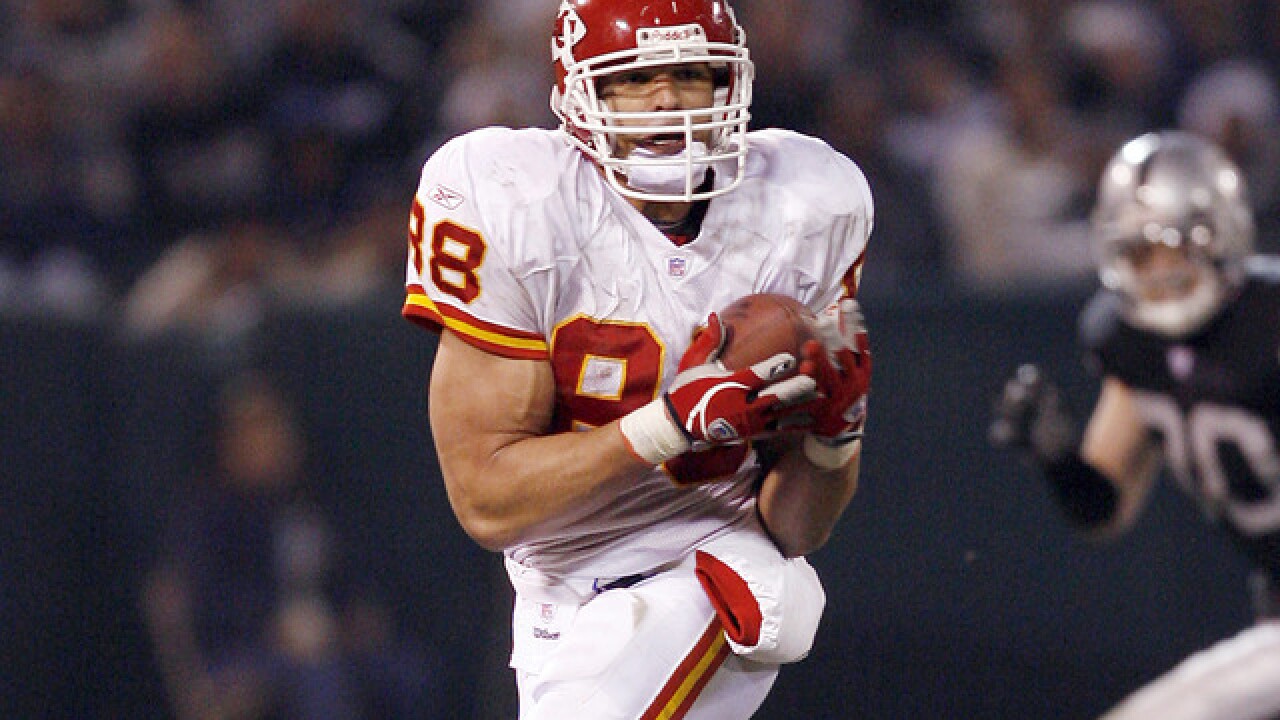 Copyright Getty Images
Robert B. Stanton
<p>Chiefs tight end Tony Gonzalez had five receptions for 67 yards as the Kansas City Chiefs defeated the Oakland Raiders by a score of 20 to 9 at McAfee Coliseum, Oakland, California, December 23, 2006. (Photo by Robert B. Stanton/NFLPhotoLibrary)</p>

On Friday, the team announced Gonzalez will become the team's 44th player to receive the honor.

Tony G.’s name where it belongs... in Arrowhead forever. 🐐 pic.twitter.com/HGtD5HxMmk

In a release, Chiefs Chairman and CEO Clark Hunt said, "Tony Gonzalez is the greatest tight end in the history of the National Football League and one of the greatest Chiefs of all time“

Hunt went on to say, "In his 12 seasons in Kansas City, he revolutionized his position, and his record-breaking performances and commitment to the Kansas City community made him one of the most beloved players in the Chiefs Kingdom. As a family and as an organization, we are excited to have the chance to celebrate Tony and his incredible career in the coming season, and we look forward to adding his name to its rightful place in the Ring of Honor at Arrowhead this fall.”

After 12 seasons with the Chiefs and five years with the Atlanta Falcons, Gonzalez finished with several NFL records for tight ends.

After learning he would receive this honor, Gonzalez told Chiefs.com, "I’m so proud to have been a part of the Chiefs for 12 seasons and will always feel like a part of their family. Kansas City is dear to me and I am honored to be inducted into their Hall of Fame."