Chiefs to play Rams in Mexico City in 2018 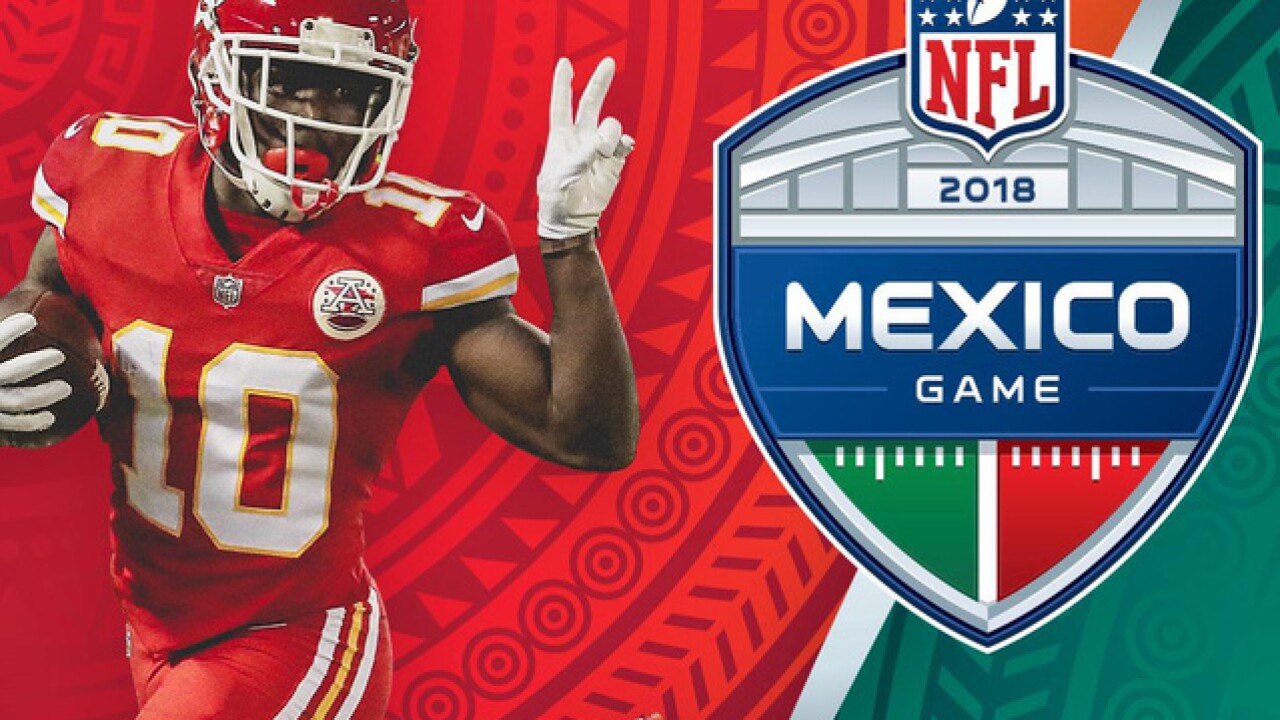 KANSAS CITY, Mo. — The Kansas City Chiefs and Los Angeles Rams will face off in Mexico City sometime in 2018.

The announcement came in a press release Wednesday afternoon. The exact date and time of the game will be announced along with the full NFL schedule this spring.

The Rams will host the Chiefs at Estadio Azteca

The Chiefs last played in Mexico in a 1996 preseason game. They beat the Dallas Cowboys 32-6.

“We are thrilled to be a part of the NFL’s international initiatives once again, and we are excited to face the Rams at historic Estadio Azteca this fall,” said Kansas City Chiefs Chairman and CEO Clark Hunt. “The support for the NFL in Mexico has grown significantly since our initial trip in 1996. We look forward to returning to Mexico and connecting with a new generation of fans this season.”

The NFL called the game a testament to growing the league beyond the borders of the United States.

“Over the past two seasons, we have seen the extraordinary passion that exists for NFL football in Mexico,” NFL Commissioner Roger Goodell said in the release.  “We are excited for another memorable event at Estadio Azteca as the Los Angeles Rams and Kansas City Chiefs head to Mexico City in 2018.”

This marks the fourth international game confirmed for 2018. Three games are scheduled to be played in London.