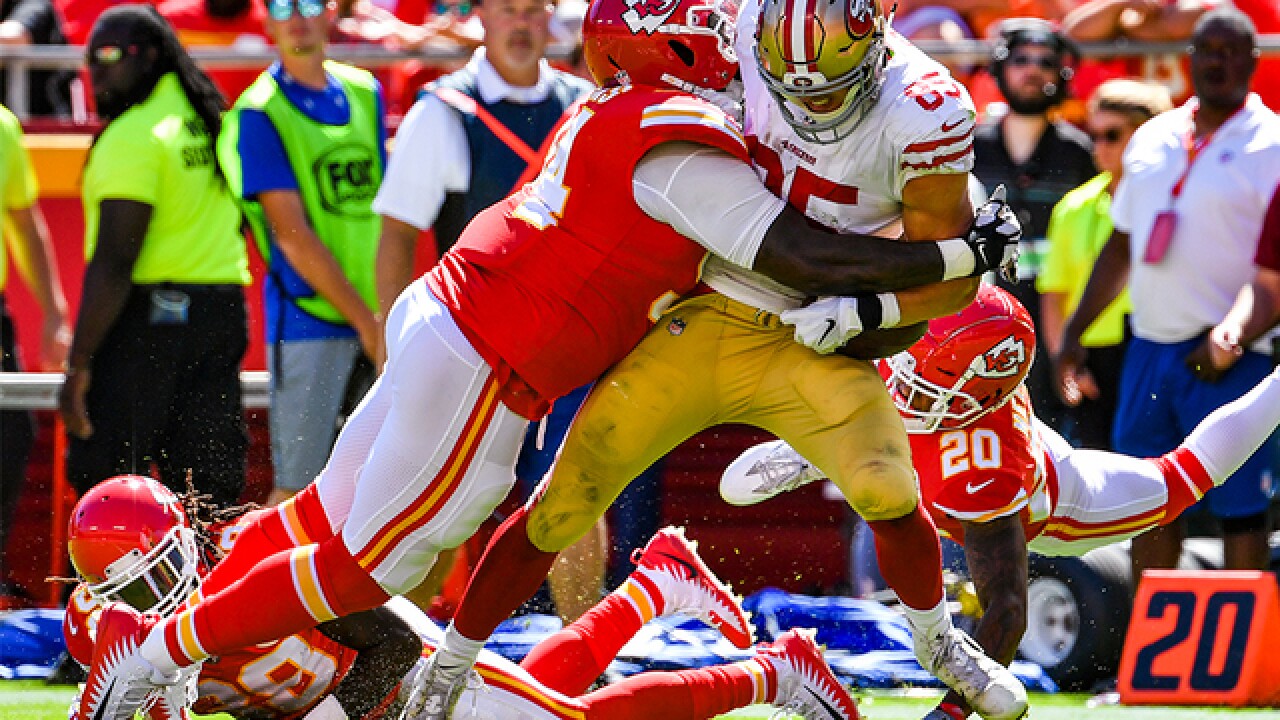 KANSAS CITY, Mo. — Chiefs quarterback Patrick Mahomes is becoming quite a household name setting another NFL record. He threw three additional touchdowns bringing his season total to 13. That breaks Peyton Manning's record for the most touchdown passes in the first three games of a season.

But, it seems Mahomes and the rest of the offensive unit have very little room for error.

"Rome wasn't built in a day and neither was this defense. We still got a lot of new players out there," Chiefs linebacker Reggie Ragland said. "We're really figuring each other out on the field. So, we gotta keep chugging along. And, I think we're gonna be fine."

The Chiefs defense started out relatively well against the San Francisco 49ers in the first half but faltered late giving up 17 second-half points and allowing the 49ers to get back in the game.

"It's definitely something to build on you know. We wanna play a complete game. That's what we harp on. So, we're gonna look at the film, analyze ourselves," Chiefs defensive end Chris Jones said. "A win is a win. We gotta enjoy the win and look at the bad plays [and] try to correct them."