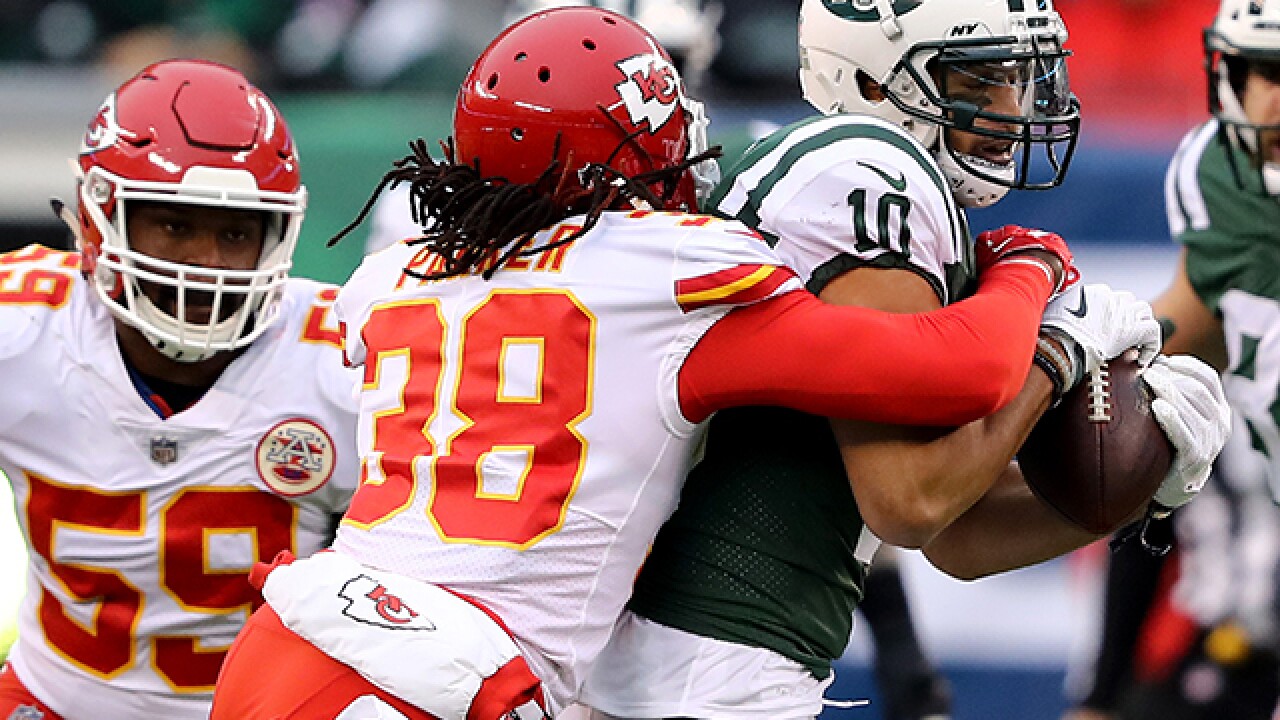 Copyright 2018 Scripps Media, Inc. All rights reserved. This material may not be published, broadcast, rewritten, or redistributed.
Elsa
<p>EAST RUTHERFORD, NEW JERSEY - DECEMBER 03: Jermaine Kearse #10 of the New York Jets carries the ball for the first down as Ron Parker #38 of the Kansas City Chiefs makes the tackle in the first quarter on December 03, 2017 at MetLife Stadium in East Rutherford, New Jersey. (Photo by Elsa/Getty Images)</p>

FLOWERY BRANCH, Ga. (AP) — The Falcons have signed a one-year deal with safety Ron Parker, who spent the last five seasons with the Kansas City Chiefs.

The 30-year-old Parker had 318 tackles, nine interceptions and seven sacks in 80 games with the Chiefs. He started in all 16 games in 2017 and had 67 tackles with two interceptions.

Parker, from Newberry College, signed with Seattle as an undrafted free agent in 2011. He will add depth to the position with the Falcons, where he will compete for time behind starters Ricardo Allen and Keanu Neal.