Is there room for two cheetahs in the NFL? 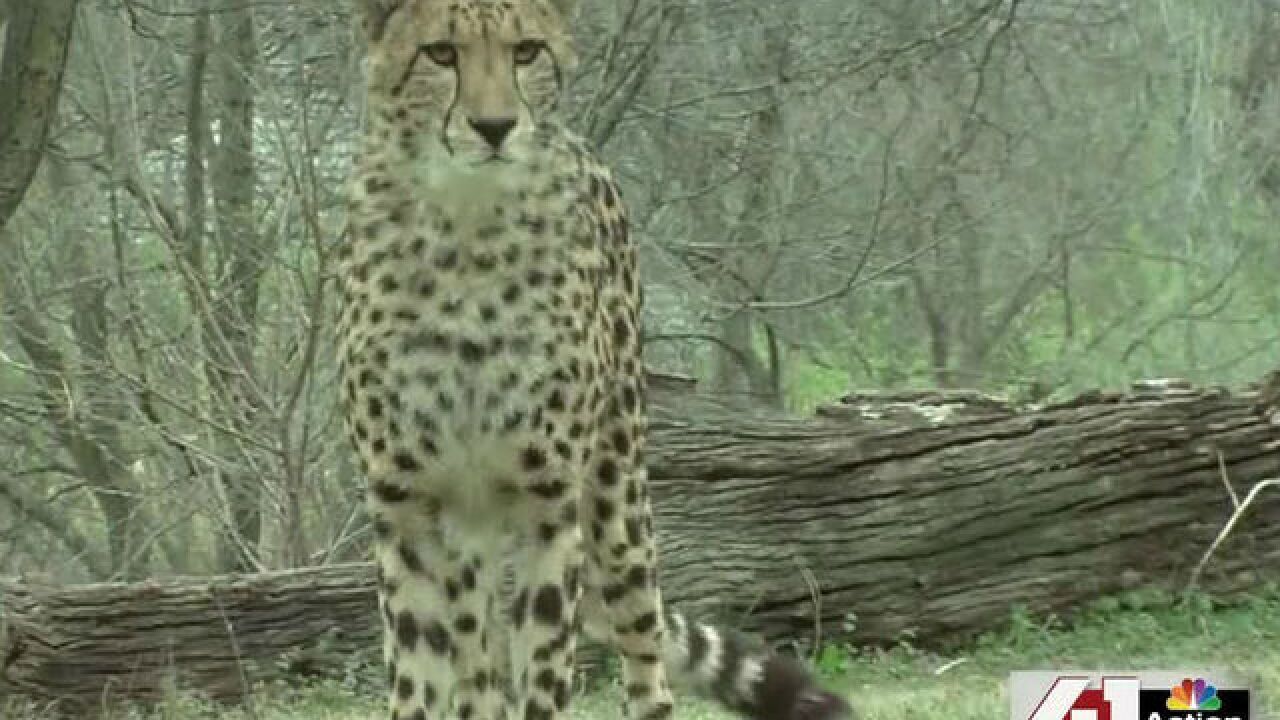 KANSAS CITY, Mo. -- Look, it’s common knowledge that cheetahs are one of the only cats that don’t always hunt in packs.

It’s common knowledge to me, because I just looked it up.

They use their speed to hunt. So there only needs to be one cheetah. But the NFL is getting dangerously close to not playing by the rules of the jungle.

Enter this week’s Chiefs/49ers game. There are two cheetahs! At least, that’s what San Francisco is claiming.

If you’ve subscribed to the 4th & 1 weekly newsletter (or been even the most casual of Chiefs fans), you know all about the Chiefs cheetah. It’s Tyreek Hill. Tyreek was drafted in 2016. If he hadn’t latched on with an NFL team, he would have likely been in the 2016 Olympics.

That certainly warrants being nicknamed after the fastest land animal to ever grace Planet Earth. (Even though Tyreek’s 21 mph pales in comparison to a cheetah’s 70 mph top speed. If we’re being accurate, Hill’s speed is closest to the Japanese flying squid, which hurl themselves out of the water at 22 mph. But I digress…)

Hold on. The 49ers employ running back Matt Breida, who apparently also has the nickname “Cheetah.”

That doesn’t sit well with our friendly, neighborhood cheetah.

“There’s only one cheetah in the league. Just know that,” says Hill.

According to millions of years of evolutionary biology, he’s right (Remember the hunt alone thing?). But the problem is, Breida does bring a few cheetah characteristics to the table.

For one, his last name literally rhymes with “Cheetah.” That’s a hard one to get past. I mean, Tyreek rhymes with “Sleek.” Hill rhymes with “Thrill.” But unless Tyreek’s middle name is “Margarita” (it’s not, it’s D’Shaun) then “Breida the Cheetah” makes a strong case.

Also, Breida has come out of nowhere as an undrafted free agent to lead the league in rushing after two games. Breida has 184 yards on 22 carries. That’s 8.4 yards per carry. Breida runs. Cheetahs run.

But Tyreek is off to a cheetah-fast start as well. He’s third in the league in receiving. And has more total yards than Breida. And has a highlight reel special teams play. And, well, he’s faster.

Sick burn, Original Cheetah. Way to pounce on your prey! (By the way, technically, 4.48 is more elephant fast, again if our goal is literal speeds.)

Tyreek eventually took a break from his mauling.

“He’s (Breida) a good player, though. He’s from Georgia. Went to Georgia Southern.”

Actually, Breida is from Florida but Florida is bordered by Georgia so we’ll let it slide. Hill is also from Florida but attended high school in Georgia, so maybe these two cheetahs are closer than we think. No cheetahs in Florida but panthers (35 mph), sharks (35 mph), black bears (30 mph), and even alligators (20 mph) could chase you down there.

We could just let the winner between Kansas City & San Francisco settle this whole cheetah thing. Or we could go to the definitive source of everything.

“Man, I’ve only gotta say one thing: Who’s got the social media name and all that?” says Hill, whose Twitter handle is @Cheetah.