Kareem Hunt leaves offseason troubles in past, focused on 2018 season 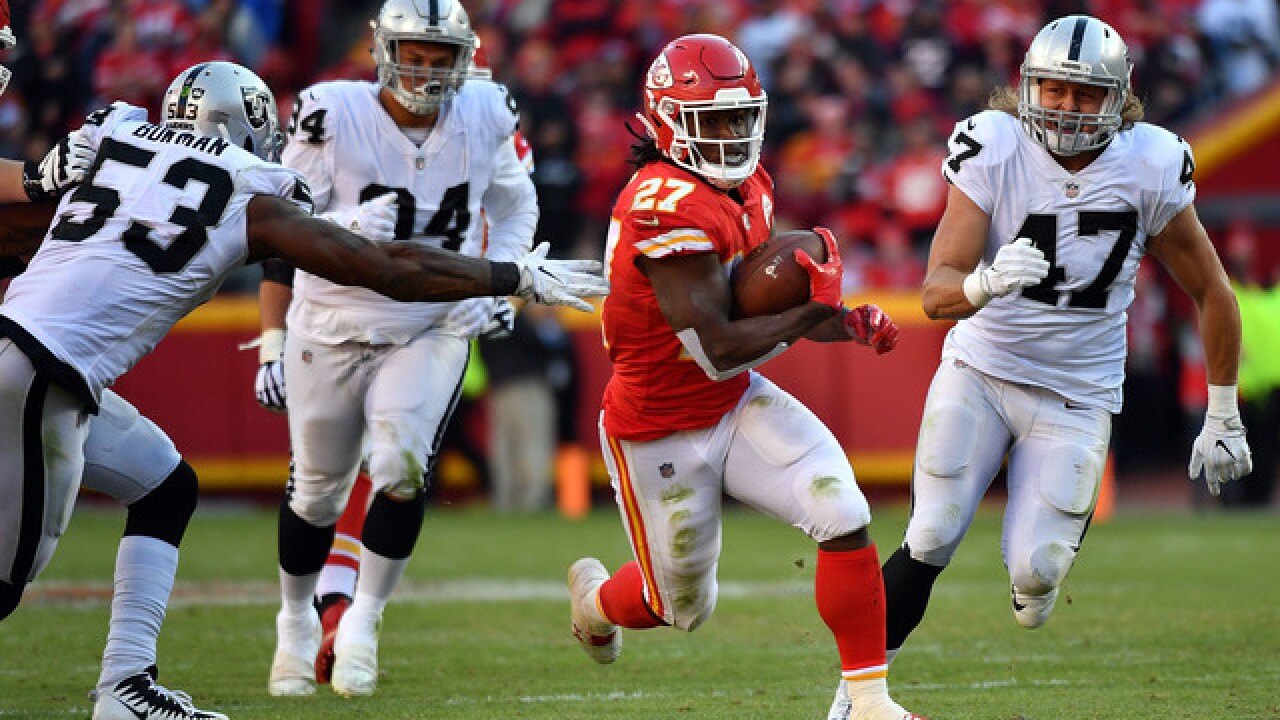 Copyright 2017 Scripps Media, Inc. All rights reserved. This material may not be published, broadcast, rewritten, or redistributed.
Peter Aiken
<p>KANSAS CITY, MO - DECEMBER 10: Running back Kareem Hunt #27 of the Kansas City Chiefs carries the ball during the game against the Oakland Raiders at Arrowhead Stadium on December 10, 2017 in Kansas City, Missouri. (Photo by Peter Aiken/Getty Images)</p>

ST. JOSEPH, Mo. — The name is unforgettable, but Kareem Hunt hopes his off-season troubles are not.

At Saturday’s training camp, Hunt briefly addressed the incidents for the first time. "You know, I'm learning from it and I’m focused on football,” said Hunt.

In February, a 19-year-old woman accused Hunt of shoving her during an argument outside his Cleveland apartment. Hunt’s friends told police the woman was the violent one. No charges have been filed in the he-said/she-said incident.

In June, Hunt was accused of punching a man at a resort in the Ohio island town of Put-in-Bay, but again, no charges were filed.

When asked about what he’s learned from his off-season predicaments, Hunt told reporters he’ll put himself in better situations moving forward.

"Just, you know, be in the right place at the right time. I'm just going to keep thinking about football and go out there and do my job,” said Hunt.

The Chiefs do not anticipate any suspension for the star running-back.