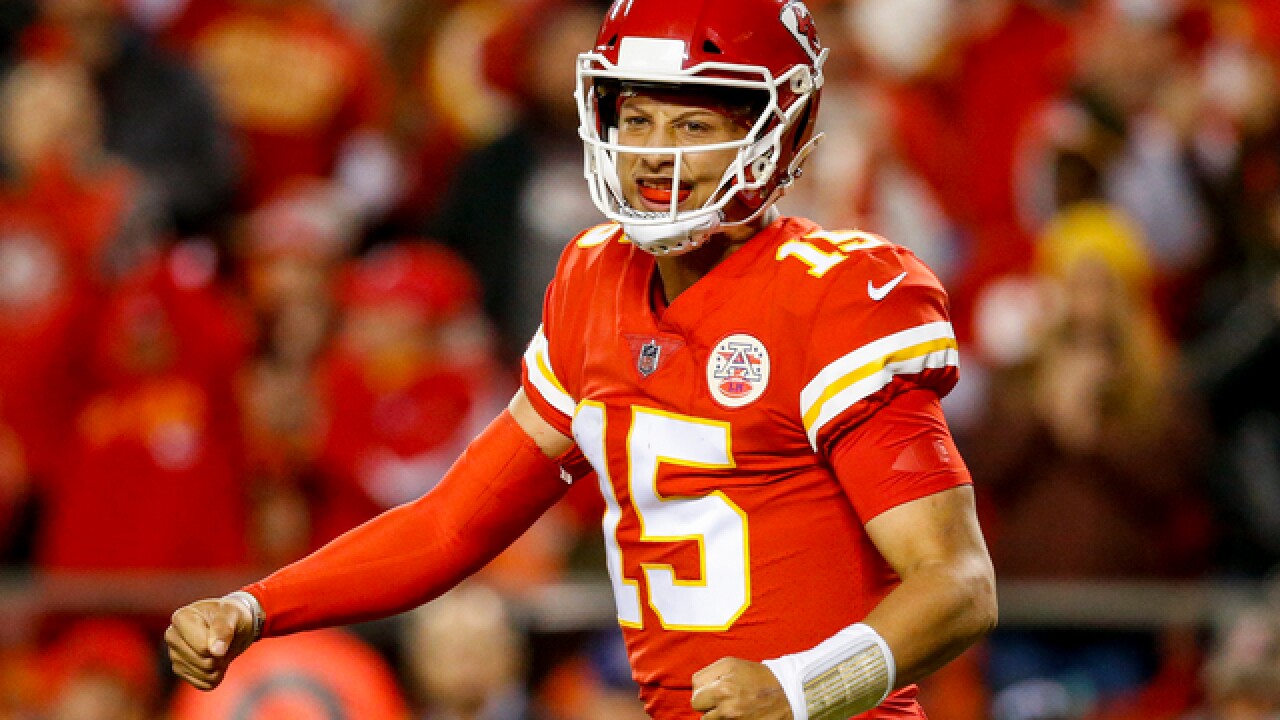 KANSAS CITY, Mo. — Once again, Chiefs quarterback Patrick Mahomes is about to break another record during his MVP caliber second season. Sunday, in front of the greatest fans in the NFL, Mahomes will likely pass the 3,000 yards passing mark against a defense he says is loaded with talent.

"They got dudes everywhere on that defense," said Mahomes. "For me, this will be a great test to get to go up against these guys but we are going to try to be ourselves and try to keep where we are going, going."

After tossing 29 touchdown passes so far, Mahomes is now just two touchdowns away from breaking Len Dawson's 54-year-old franchise record of 30 TD passes in a season. According to Chiefs' head coach Andy Reid, Dawson may be just as excited about the passing of the torch as Mahomes.

"He still has that feel. He's been there he's done it. It doesn't matter the age gap or the time away from being in the huddle." said Reid. "He' just gets it and I love that part of it. He's a Hall of Famer all the way around.

The monumental pass has current Chiefs all wanting in on a piece of team history. Receiver Demarcus Robinson plans to be diplomatic if his number is called for the historic moment.

"I would probably give it to him. It's a special moment for him. It's a big-time play, obviously, if it's a touchdown," said Robinson. "It would be a big game ball for him, so if I got it I would give it back to Pat."

Even defensive players want in on the action, especially defensive end Chris Jones.

"It would be great. For not only my resume but for his," said Jones. "He can say he threw it to Chris Jones. I look at it as a win-win situation. It's about convincing the coaches to dial up something and make that happen."