NFL Roster cut is Saturday and the Chiefs have some issues 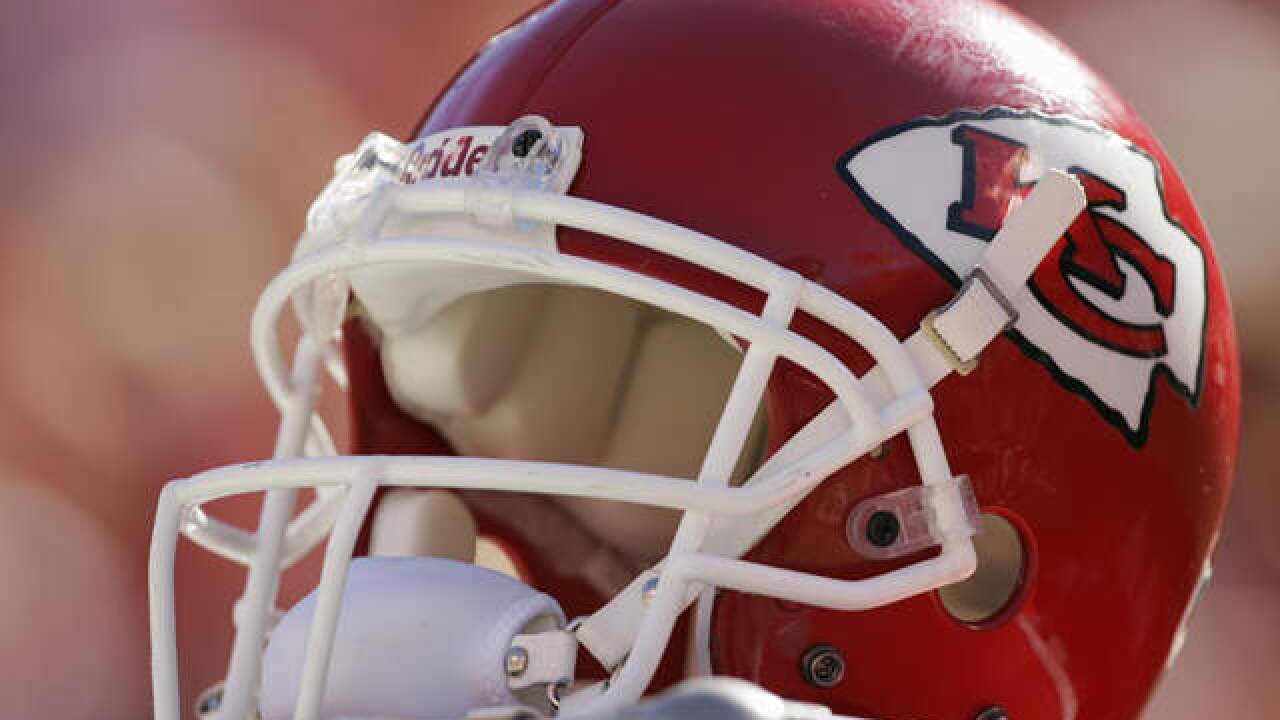 KANSAS CITY, Mo. -   The Chiefs head into their final game of the preseason with some roster issues. General manager Brett Veach has some areas that could use attention on cut down day this upcoming Saturday after 3:00pm. Teams that have players that could fit the Chiefs offensive identity are: Saints, Eagles, 49ers, Browns, Steelers, Titans, Seahawks, Jaguars, Bears, and Packers.

When the Chiefs selected three defensive players with their first three picks, Veach stated during draft weekend, "I always look at those Steelers teams and Ravens and how those guys just kind of roll their sleeves up and play football,' Veach explained. "It's a four-quarter battle and that's kind of the mentality we want to have." The Chiefs have arguably made progress in accomplishing that with their roster but there are some depth issues on defense.

Another quote to keep in mind from Veach on draft week is "You play a home playoff game and the team drives the ball and chews up nine minutes of clock," Veach noted. "That's not good enough. Sometimes it just comes down to having guys that are wired right. Guys that want to line up and play four quarters of football. Our need is to just get tougher." Teams that could potentially have roster cuts that fit the bill includes: Jaguars, Rams, Packers, Jets, Steelers, Titans, Chargers, Redskins, Browns, Seahawks, and Vikings.  The team answered a lot of questions this preseason but the list below still remains.

1. Safety with range
Eric Berry’s heel injury and Daniel Sorenson’s hurt knee have made the Chiefs thin at this position in a rather quick manner. Armani Watts will have growing pains with missed tackles, assignment issues and doubt until he has enough reps under his belt. Leon McQuay lacks the range to play single high and is more of a run support safety. Eric Murray still seems unsure in his assignments and tackling ability. Berry's injury is cause for concern if Defensive coordinator Bob Sutton would like to continue playing single high coverage in some of his looks.

2. Cornerback depth
The roster currently lacks an additional veteran who can successfully execute in press and zone coverage. David Amerson has a lot of technique flaws and a lack of burst in trail coverage. Orlando Scandrick is likely a better fit in the nickel corner position. Kendall Fuller is capable of playing the outside and in slot but there’s a hole right now when he bumps down to slot and Amerson comes in. Steven Nelson has been successful in his stint on the outside but is also effective in the slot corner role. The Chiefs need to find an additional corner this weekend or it is potentially a spot that will be exploited until some of the younger corners are fully developed.

3. Backup center
The offensive line currently has two players who are capable of this role in Jordan Devey and Cameron Erving. Devey lacks the versatility to play other positions — unlike the potential players above him who can play multiple spots. Erving has seen a majority of his reps at the starting left guard position. The problem there is if he were to be injured, the Chiefs don't have a Zach Fulton on the roster who can step in at center if Mitch Morse were to get hurt.

4. Blocking tight end
Travis Kelce and Anthony Sherman are the two players on the roster who can play this role. They are crucial to gaining the edge in redzone situations and each can act as a pulling guard on run plays. Kelce is a threat out wide and demands the defense’s attention when aligned out in space. A blocking tight end would allow the Chiefs to create more room to run with Kelce out wide, while also helping reduce the chance of injury in a blocking situation. Sherman would also benefit from the ability to stay at fullback in a power run situation or as a lead blocker in a shotgun look.

5. Pass rushing depth
The league revolves around disrupting the opposing quarterback and the timing of their passing offense. An addition at outside linebacker for a fifth spot, or even a fifth or sixth defensive lineman, could help add more depth to the rotation and more athletic ability to the special teams units.

Veach and the scouting department were able to clear up a lot of issues on the roster this offseason. The Chiefs have a few more they can tighten up this weekend if the opportunity presents itself. The first two needs are glaring but the final three become serious issues if injuries occur during the grueling 16-game season.

Teams will also be shopping players for later round draft picks. If the Chiefs get the chance to trade for one, it would eliminate the risk of losing a quality player to the waiver wire. This is how the Chiefs were able to come up with Cameron Erving and Reggie Ragland last season.

Veach also admitted during the free agent signing period that he spoke with the Bills about Sammy Watkins before he was traded to the Rams. He also said he talked to the Cowboys about Anthony Hitchens. Both players were in the final year of their contracts with those respective teams. It is a potential pattern to keep an eye on. This weekend is likely the final opportunity for teams to enhance the impact on their rosters before next offseason.

You can follow Nick Jacobs on Twitter at @Jacobs71, and you can hear him each week on the 4th and 1 podcast brought to you exclusively by 41 Action News. 4th and 1 is available on iTunes, Google Play and TuneIn.