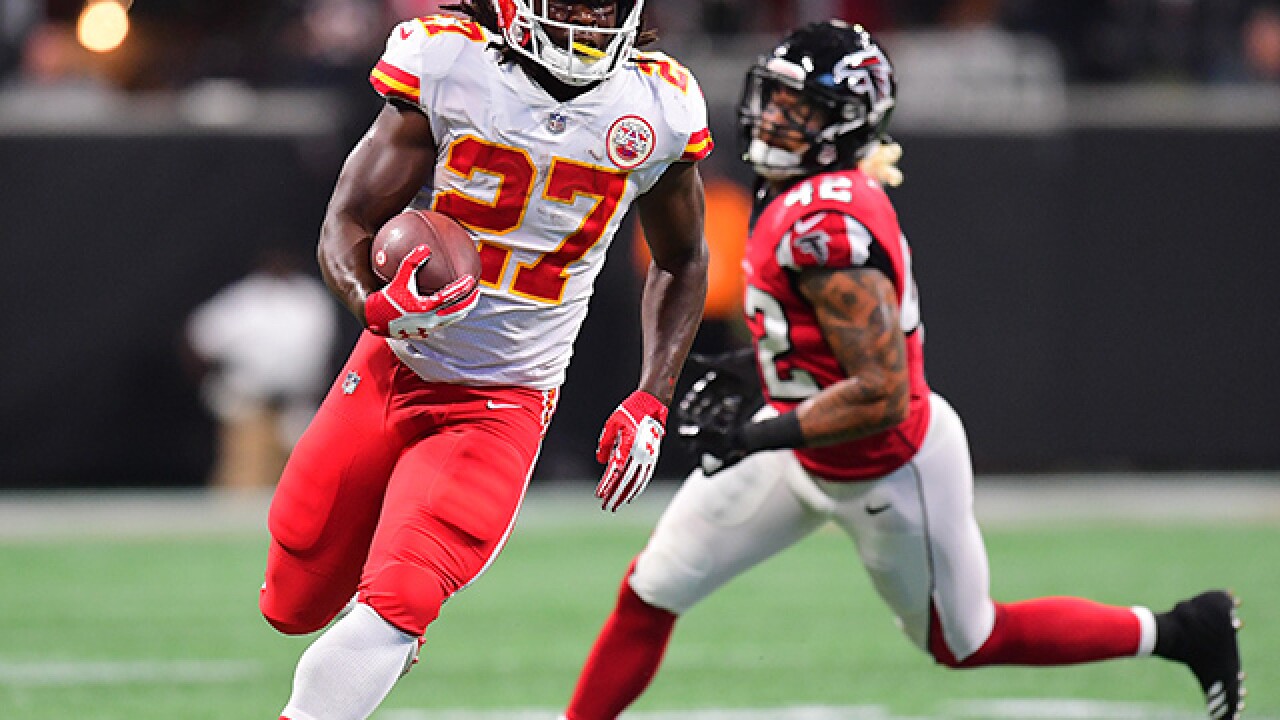 Copyright 2018 Scripps Media, Inc. All rights reserved. This material may not be published, broadcast, rewritten, or redistributed.
Scott Cunningham
<p>ATLANTA, GA - AUGUST 17: Kareem Hunt #27 of the Kansas City Chiefs runs with a pass against the Atlanta Falcons during a preseason game at Mercedes-Benz Stadium on August 17, 2018 in Atlanta, Georgia. (Photo by Scott Cunningham/Getty Images)</p>

KANSAS CITY, Mo. – The Kansas City Chiefs are two games into the 2018 preseason schedule and the offense seems to have finally arrived.

In this week’s 4th and 1 Podcast, 41 Action News Sports Anchor Dee Jackson is joined in the podcast studio by 41 Action News Chiefs guru Nick Jacobs and The Athletic’s Nate Taylor.

The crew spent the time needed talking about “The Catch,” between quarterback Patrick Mahomes and wide receiver Tyreek Hill, but later touched on the remarkable transformation of Hill from a player that had “character concerns” to a player that’s front and center for the team in its community outreach.

On defense, Nick says this is the year that Justin Houston has to lead the defense and answer questions about his fluidity and burst from the season he had more than 20 sacks.

In the defensive backfield, the group wonders if Eric Berry has the juice to finish his career and make a case to be a hall of famer. Nate says first things first – he’s got to spend some time on the field this season.