ANALYSIS: Potential tough decisions ahead for the Chiefs 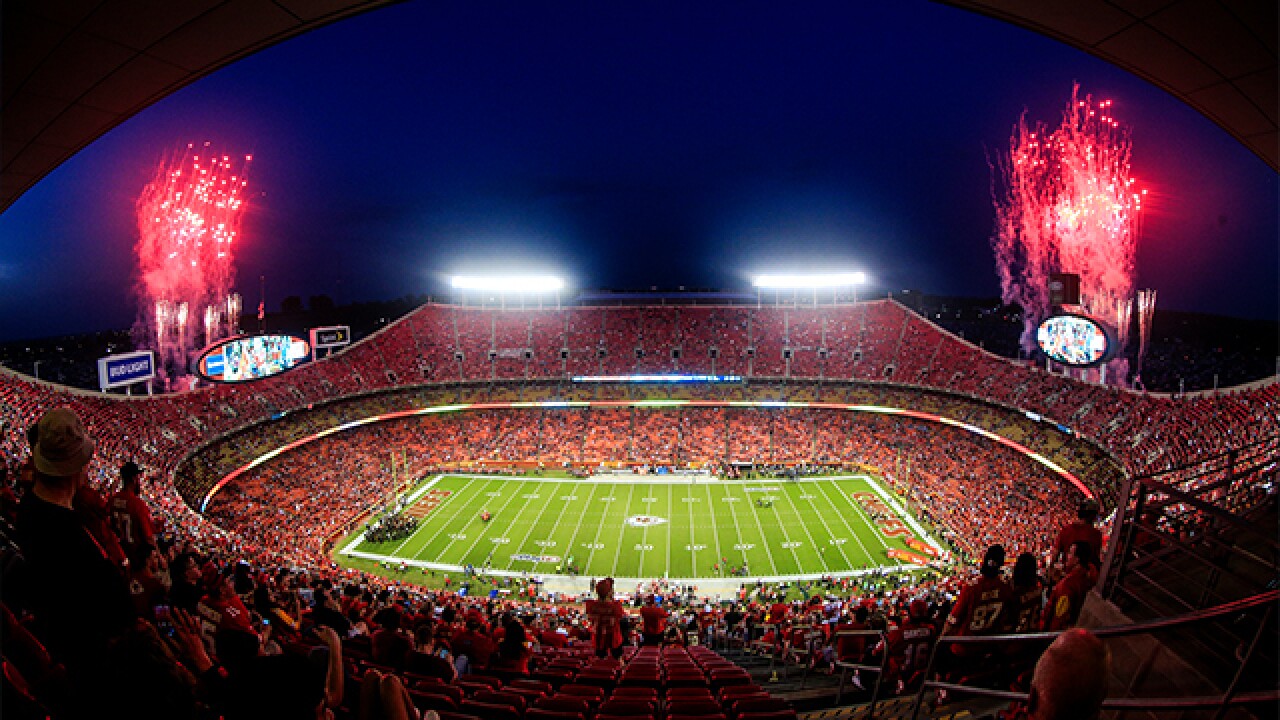 Copyright 2017 Scripps Media, Inc. All rights reserved. This material may not be published, broadcast, rewritten, or redistributed.
<p>KANSAS CITY, MO - OCTOBER 2: Fireworks shoot off before the game between the Washington Redskins and Kansas City Chiefs at Arrowhead Stadium on October 2, 2017 in Kansas City, Missouri. ( Photo by Brian Davidson/Getty Images )</p>

KANSAS CITY, Mo. — The Kansas City Chiefs are currently over the salary cap for the 2018 season, which means some tough decisions are ahead on who to keep and how to cut loose.

Why Alex Smith was traded

The Chiefs are projected to be around $12 million over the cap headed into the 2018 season per Overthecap.com. The reported trade of Alex Smith cannot be completed until the paperwork is sent in once the new league year begins on March 14 after 3 p.m. central standard time.

Smith and Kendall Fuller will both need to pass physicals before the trade is officially complete. Smith’s trade will provide the Chiefs an estimated $17 million in cap savings. The problem is the Chiefs will need to be under the salary cap before the new league year begins.

The former first-round pick provides the Chiefs with the highest opportunity for cap relief after Alex Smith. Ford’s entire number can be wiped from the books with a release if he is able to pass his physical. The former Auburn Tiger has been inconsistent during his time in Kansas City and his number does not arguably match his production.

The former first-round pick is nearing the end of his career. Hali’s knee injuries have consistently put him on the injury report for multiple seasons despite rest in practice and reduced snaps. The money will likely be better spent improving the pass rush or a different part of the roster.

The $100 million man is arguably the Chiefs best pass rusher. His loss would be felt in run support and how offensive lines account for Houston in their pass protection. Houston doesn’t appear to be able to regain his form before the knee injury sustained during the 2015 season. This season he struggled with his lateral agility and appeared to struggle changing directions later in the season. He appeared to be only capable of bull rushing down the stretch.

Bailey has been consistent at end in the 34 scheme but lost some of his strength fending off blocks in the sub package. The former third-round pick is better suited for a 43 scheme at the 1-tech position.

The Chiefs 2013 waiver claim from Seattle has been a staple of the defense but his inability to tackle in the open field was glaring this past season, as well as a decline in his coverage range. Parker will be 31 when the new season begins.

The Chiefs first overall pick in the 2013 NFL Draft was listed on the injury report with a back issue during the season. Back problems tend to linger with offensive linemen, defensive linemen and edge rushers because of the amount of contact on each snap. Kansas City would be creating a big hole along their line with this decision, but if an upgrade can be found at a cheaper rate, it could be a route they explore.

Harris struggles in run blocking after five seasons of development on the roster. He has had an issue with drops and still hasn't take the next step. The cap savings potentially outweigh the potential.

The emergence of Kareem Hunt makes West's cap number an opportunity to move on from. West can be used as an insurance plan from a potential injury to Hunt or if Ware can't return to form, but there will likely be opportunities for the Chiefs to sign cheaper running backs with similar skill sets at a rate that could be $1 million plus in savings. The fourth-year veteran lacks explosive acceleration and vision to be a consistent contributor at his price.

The Chiefs started the clock on a decision for Smith once they selected Patrick Mahomes in the 10th overall selection in the 2017 NFL Draft. The former first overall pick will provide the most cap relief for a team over the cap. Smith will turn 34 years old in May and his trade value after a career season would likely never be any higher.

The longest tenured Chief outside of punter Dustin Colquitt has seen his athletic ability decline after returning from his second Achilles injury. Johnson lacks the same explosiveness in his pursuit angles, change in direction and ability to beat blocks with his closing speed. He still has his straight line speed, but it isn’t enough to see steady reps on the field. His contract is also set to void when the new league year begins that will create $8 million in cap relief.

Revis was arguably a stop gap for a cornerback position that was depleted of starting talent. The former first round pick's contract forced the Chiefs into a decision before the new league year begins in March. His cap number would have risen because of $8.8 million in roster bonuses if his contract was on the books when March 18 hit.