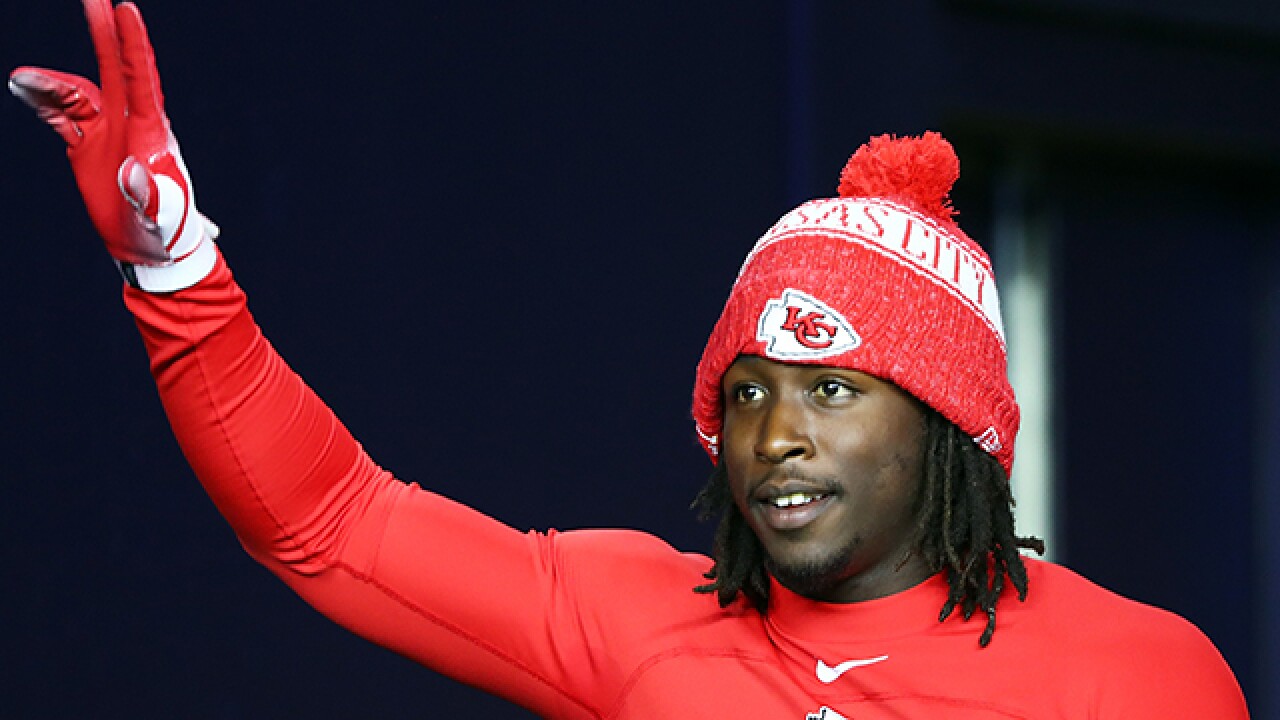 Copyright 2018 Scripps Media, Inc. All rights reserved. This material may not be published, broadcast, rewritten, or redistributed.
Adam Glanzman
<p>FOXBOROUGH, MA - OCTOBER 14: Kareem Hunt #27 of the Kansas City Chiefs gestures before a game against the New England Patriots at Gillette Stadium on October 14, 2018 in Foxborough, Massachusetts. (Photo by Adam Glanzman/Getty Images)</p>

KANSAS CITY, Mo. – With this week’s game against the Bengals flexed to NBC’s Sunday Night Football, the Chiefs are slated to play six times in primetime games this season.

While that number could change as games are flexed in and out of Sunday night football – the Chiefs are scheduled to play the Sunday night game on Dec. 23 in Seattle – the primetime games give NFL fans in Kansas City – at least those who don’t have premium cable/satellite channels -a chance to watch more football.

The absence of a Chiefs game during the Sunday noon and 3 p.m. time windows gives CBS and FOX a chance to send more games to Kansas City.

This week, football fans in Kansas City will get wall-to-wall football starting at 8:30 a.m. with a London game featuring the Tennessee Titans and Chiefs AFC West rival Los Angeles Chargers.

In total, football fans in Kansas City will get the chance to watch seven NFL games this week without needing anything more than over-the-air and access to ESPN.

The story was the same last week, when the Chiefs vs Patriots game on Sunday night cleared the afternoon schedule for football fans in Kansas City to get the Charges at Cleveland game, Jacksonville at Dallas and the Rams at Denver.

So the Chiefs games in primetime might lead to weary eyes on Monday morning, but if you love football, they’re great to be able to see more games.