Ranking the Rankings: Which site has best ranking for NFL teams? 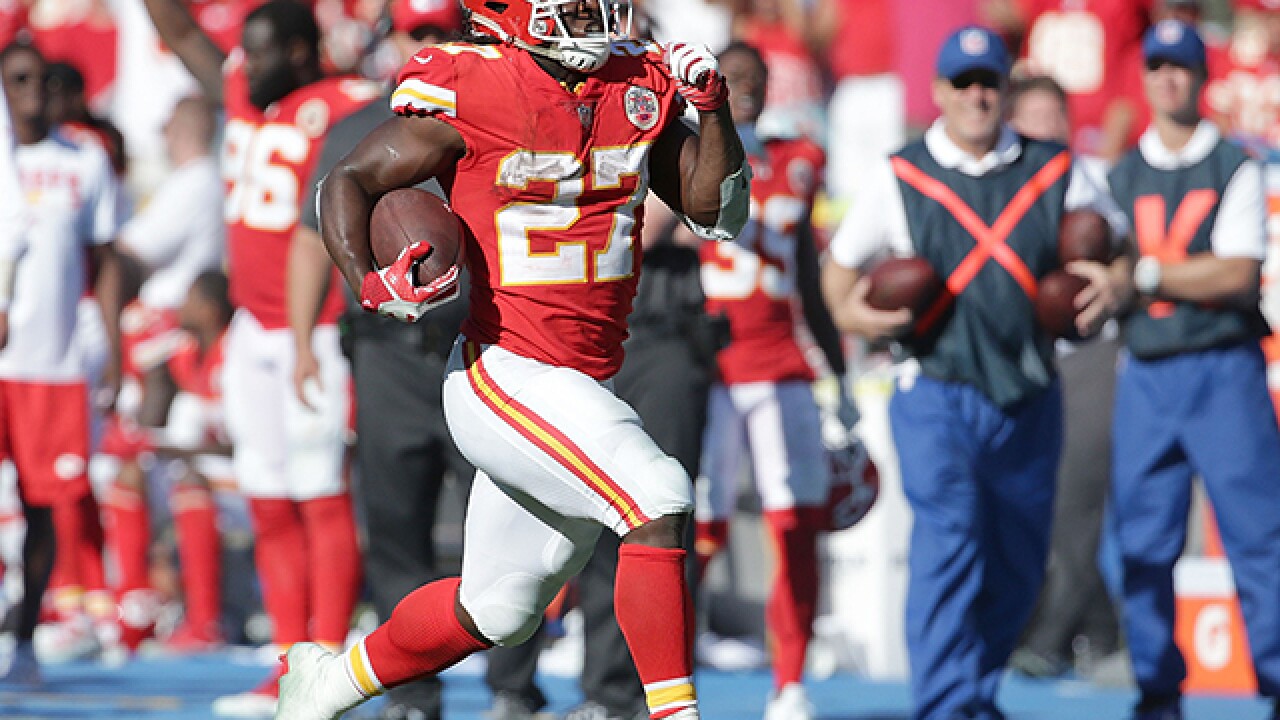 Copyright 2018 Scripps Media, Inc. All rights reserved. This material may not be published, broadcast, rewritten, or redistributed.
Jeff Gross
<p>CARSON, CA - SEPTEMBER 24: Running back Kareem Hunt #27 of the Kansas City Chiefs carries the ball for a touchdown against the Los Angeles Chargers in the fourth quarter at StubHub Center on September 24, 2017 in Carson, California. The Chiefs defeated the Chargers 24-10. (Photo by Jeff Gross/Getty Images)</p>

Regular rankings are just fine. Don’t get me wrong.

If anything, they’re easy in the NFL. Four teams in each division: first, last and two in the middle.

Not hard to keep track of them. Whichever team has the biggest number in the win column goes first. It tells a story but a short, children’s book type of story.

But if you want to be bold, you’ll take on the entire NFL. Not just factoring in wins & losses, but strength of schedule, injuries, projections, everything.

If you want to be bold, you’ll put together Power Rankings! A much tougher undertaking but inclusive of all 32 teams. A list that can be compiled in any month: November, January or, in this case, July.

So, before the Chiefs check-in for training camp in St. Joseph, Mo., let’s check in with the “experts” and where they rank the Chiefs in regard to the rest of the NFL.

This seems like a logical place to start. The NFL’s very own website has its Power Ranking out and the Super Bowl champs -- the Philadelphia Eagles – as its no. 1 team. What a limb to go out on. But to nfl.com’s credit they don’t have the Browns as the no. 32 team. Risky.

As for the Chiefs, they’re nearly right in the middle at no. 17. This list calls the Chiefs a strange team to evaluate.

“Kansas City fortified many of its leaks in both free agency and the draft. The question mark is (Alex) Smith's successor, Patrick Mahomes, who, for all intents and purposes, is a redshirt freshman. Andy Reid and staff saw him every day in practice. They must think he's ready.”

NFL.com has the Chargers ranked ahead of the Chiefs and fellow AFC West foe Oakland only two spots behind at  no. 19.

Chiefs fans might take a liking to the worldwide leader. It also has the Eagles no. 1 and the Browns  no. 31. (Are the no. 32 Colts really going to be that bad?)

However, these Power Rankings value the Chiefs much more. Like Top 10 more. That’s right, Kansas City scoots in at  no. 10 in ESPN’s rankings.

They don’t even bother to mention Patrick Mahomes in their evaluation. “The Chiefs were 28th in total defense in 2017 -- their worst finish since 2009, when they went 4-12 -- which led to their becoming the first team in the common draft era (1967) to select only defensive players in a single draft.”

The NFL Draft must have mattered to ESPN, who moved the Chiefs up four spots since their post free-agency rankings came out. The Chiefs are first among AFC West teams in these rankings.

It should be noted that Chiefs’ 2018 opponents New England, Pittsburgh, Jacksonville, and the Los Angeles Rams all regularly appear in the top 6-8 of these rankings.

CBS Sportsline puts the Chiefs somewhere between the NFL & ESPN at no. 13. They fall two spots back of the Chargers and one spot ahead of the Raiders in a jam-packed AFC West if what CBS is predicting comes true.

“If Patrick Mahomes is as good as expected they could be a lot higher on this list. But it's hard to gauge a first-year starter - even though I think he has a real chance to be special,” writes Pete Prisco.

So far, it’s been ‘take your pick’ of Mahomes or the defense as the Chiefs biggest question mark.

Bleacher Report at least has the Browns last. (I don’t know why that is such a big deal to me.)

And it has the Chiefs no. 9, one of the highest Power Rankings out there for Kansas City.

Why do they like the Chiefs so much? Well, aside from comparing Mahomes to Brett Favre, Bleacher Report also emphasizes the Chiefs non-Draft offseason haul.

“The Chiefs had a phenomenal free agency too. Adding Sammy Watkins gives Mahomes another downfield target, and bringing in Kendall Fuller and Anthony Hitchens should help improve the defense.”

Bleacher Report goes on to say that even with the loss of Marcus Peters, the Chiefs defense will be better.

These Power Rankings are notable not so much for the Chiefs – USA Today has KC at no. 15 – but more for other teams.

Like an out-of-nowhere ranking of  no. 11 for the Broncos! Writes Nate Davis, “Bradley Chubb headlines what looks to be impact draft. New QB Case Keenum is apparently already winning over locker room. They're back.”

Pump the brakes, USA Today. Because you also have the Chargers 6th in your Power Rankings and the Raiders buried at 26th.

Their comments on the Chiefs? “All six of their draft picks were devoted to defensive side. Only thing this squad may lack is meaningful experience for QB Pat Mahomes.”

There are plenty of other Power Rankings out there with differing opinions on the Chiefs:

So, we’re all over the map with these Power Ranking predictions for Kansas City heading into the 2018 season. They’re either in the top third, middle third or, according to some, the bottom third of the league.

But, of course, their path to the postseason lies not within CBS Sportsline or Walter Football’s preseason impressions of them. Rather, can they be the best again in the AFC West?

Maybe regular rankings aren’t that bad after all.