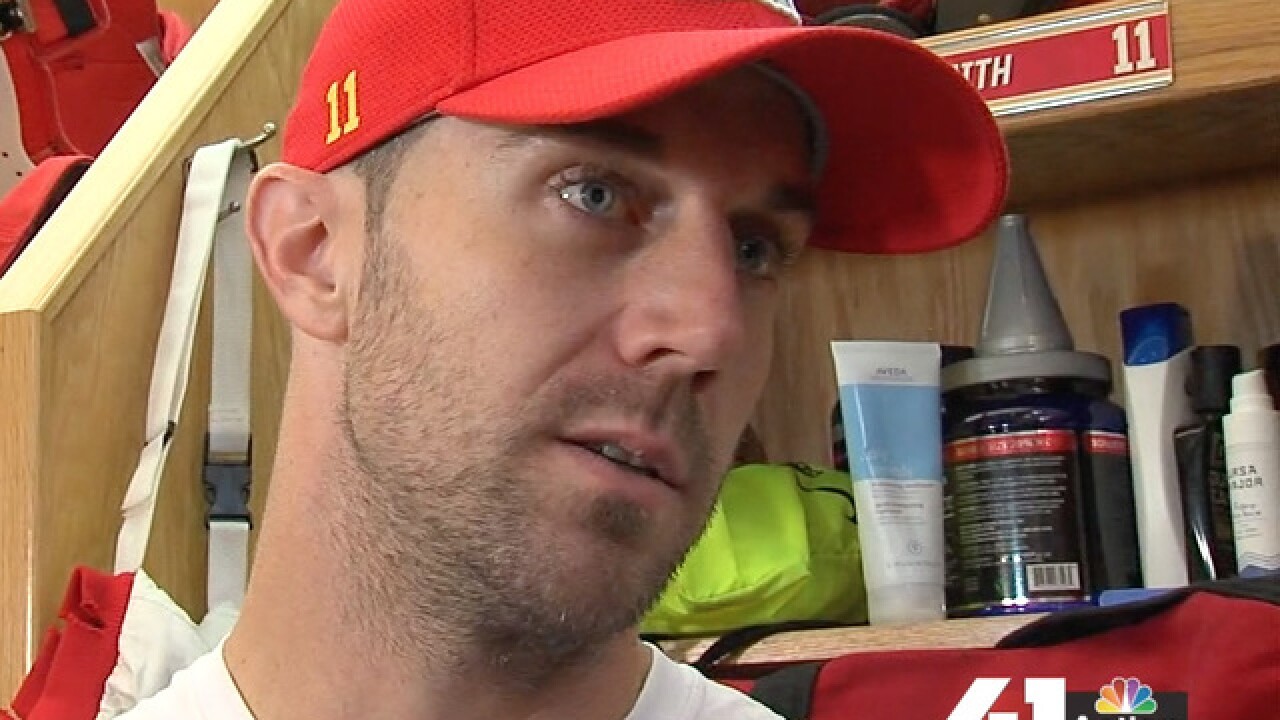 KANSAS CITY, Mo. —  The Chiefs have reportedly agreed to trade starting quarterback Alex Smith to the Washington Redskins, according to

The Kansas City Star  and NFL Network both reported the trade Tuesday evening. Neither outlet cited their sources for the news.

What are your feelings about the Chiefs reportedly trading Alex Smith to the Washington Redskins?

The NFL Network's Ian Rapoport described the deal as "huge" on Twitter and said it involved picks and a player.

Smith reportedly signed a four-year contract extension with the Redskins. That deal is reportedly worth $23.5 million per year. Smith had one year left on his contract with the Chiefs.

In return for Smith, according to reports, the Redskins will send a third-round draft pick and a player to be named later to the Chiefs.

On Twitter, several Chiefs players reacted to the reports.

Can’t say enough about the guy.... one of the best competitors and teammates I’ve ever been around. Someone who I owe a lot of my success to, and a guy that’s been a class act through all the ups n downs. Thanks for all the memories brotha! pic.twitter.com/OoGxBeOijY

Smith has been the Chiefs starting quarterback since 2013.