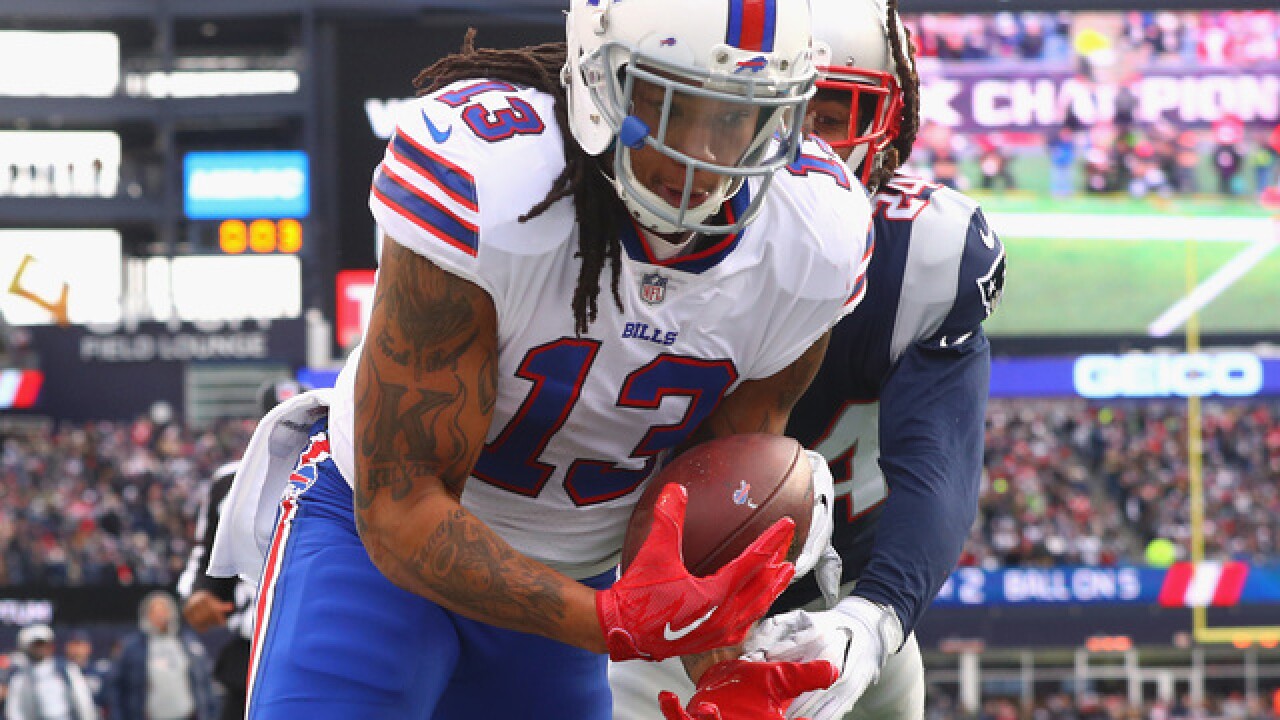 Image copyright 2018 Getty Images. All rights reserved. This material may not be published, broadcast, rewritten, or redistributed.
Maddie Meyer
<p>FOXBORO, MA - DECEMBER 24: Kelvin Benjamin #13 of the Buffalo Bills catches a touchdown pass as he is defended by Stephon Gilmore #24 of the New England Patriots during the quarter of a game against the Buffalo Bills at Gillette Stadium on December 24, 2017 in Foxboro, Massachusetts. The touchdown was reversed after an official review. (Photo by Maddie Meyer/Getty Images)</p>

Benjamin was seen at the Chiefs facility earlier Thursday.

Schefter reports the Chiefs signed him to a one year deal.

Former Bills’ WR Kelvin Benjamin is signing with the Kansas City Chiefs, per source. Another weapon for stretch run.

The Buffalo Bills released Benjamin. In 12 games with the Bills, Benjamin was targeted 62 times and caught 23 passes for 354 yards and one touchdown.

Benjamin's most productive year was in his rookie year. In 2014, he had 73 catches for 1,008 yards and nine touchdowns.