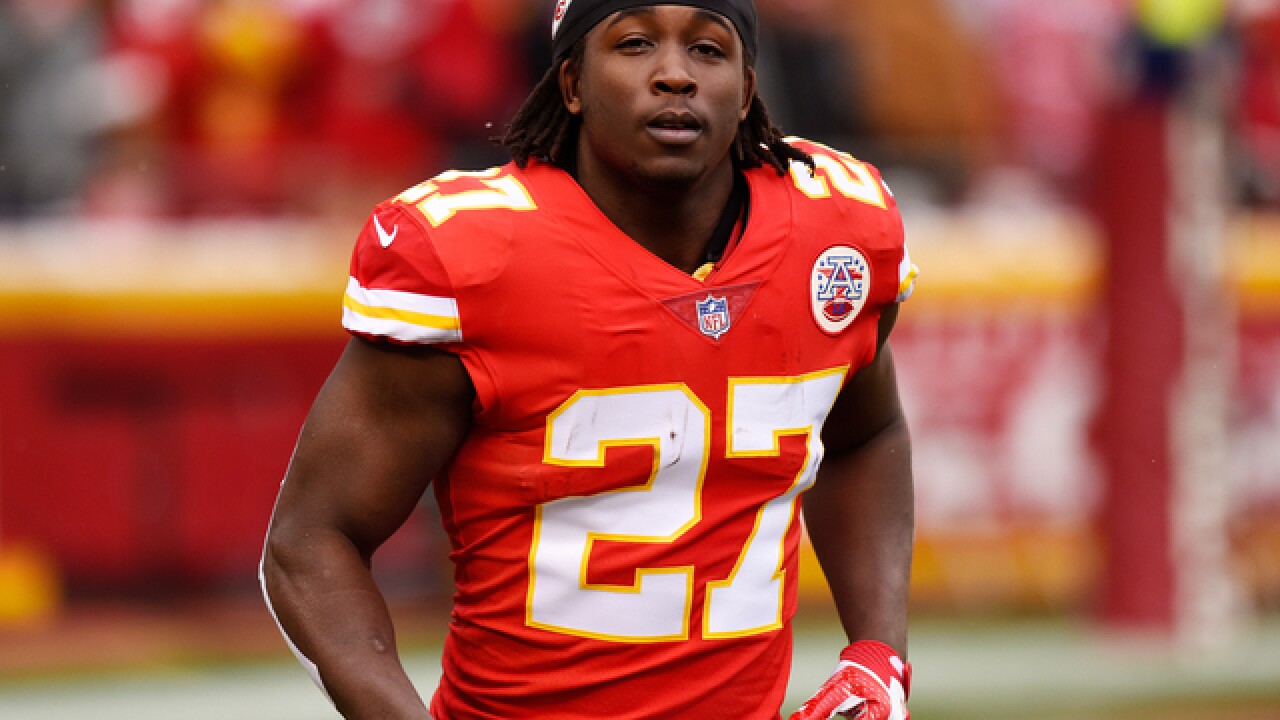 Copyright 2018 Scripps Media, Inc. All rights reserved. This material may not be published, broadcast, rewritten, or redistributed.
Jason Hanna
<p>KANSAS CITY, MO - DECEMBER 24: Running back Kareem Hunt #27 of the Kansas City Chiefs runs to the sidelines just before kickoff in the game against the Miami Dolphins at Arrowhead Stadium on December 24, 2017 in Kansas City, Missouri. ( Photo by Jason Hanna/Getty Images )</p>

KANSAS CITY, Mo. — Two criminal complaints have reportedly been filed involving Kansas City Chief running back Kareem Hunt — one where Hunt is accused of shoving and pushing a woman and another where that same woman is accused of creating a disturbance at Hunt's hotel.

The Cleveland Plain Dealer reports that a 19-year-old woman accused Hunt of assaulting her outside of his hotel apartment around 3:45 p.m. Saturday.

As of Monday afternoon, Hunt had not been charged.

Hunt's friends reportedly told police that Hunt's accuser and one of her friends were with Hunt and his friends on a party bus traveling to Cleveland bars all night. Later in the night when the group was at Hunt's apartment, his friends said Hunt asked the women to leave after finding out they were too young to legally drink.