Ron Parker back for another round with Chiefs 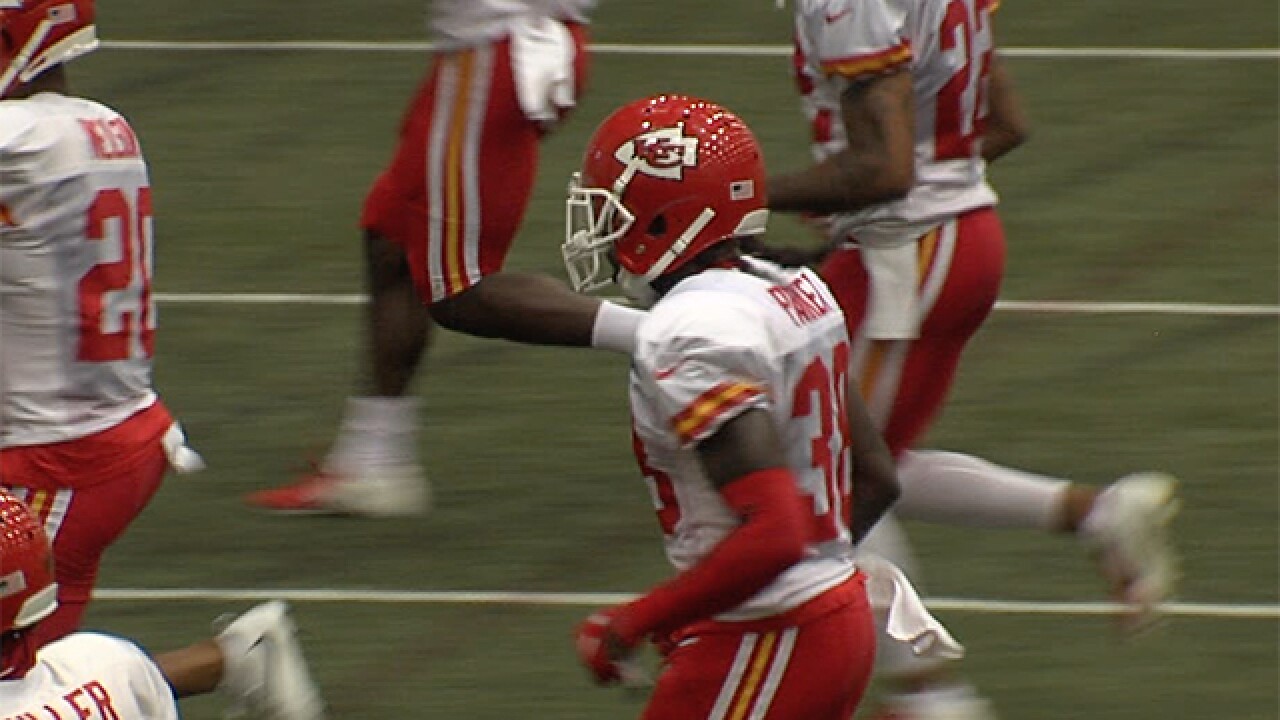 Chiefs safety Ron Parker is singing a new tune around the Chiefs facility these days since rejoining the club after a brief stint with the Falcons.

After Kansas City realized it needed some serious help in the secondary, they turned their attention to getting Parker back to help fill the gaps left by Daniel Sorensen who's out following knee surgery and the fact that Eric Berry hasn't practiced in nearly a month left the team scrambling to find someone to be able to hop right in.

"It's the time I spent here," said Parker. "It's the love. It's the love from the players and the coaches and everybody in the building and the staff it makes me feel at home it just gives me a nice confidence boost when I walk out there on the field."

Parker has already been the go to guy for younger players who have questions about Bob Sutton's defense.

After posting 279 tackles, seven sacks and nine interceptions during his time with Kansas City, he's been heavily involved in the Chiefs back-to-back division titles.

Parker always hoped there would be a second shot to get back to the Kingdom.

"It never left my mind when I left Kansas City, deep down inside I thought with the way the organization treated me and the way we feel about each other I always had a feeling down deep inside that before my career was over I could end up here in Kansas City," he said.

Parker says he is completely healthy after a 2017 season that had him hobbled by a high ankle sprain.

Andy Reid is pleased with what he's seen so far since Parker's return.