Spencer Ware ready to compete for game time for Chiefs 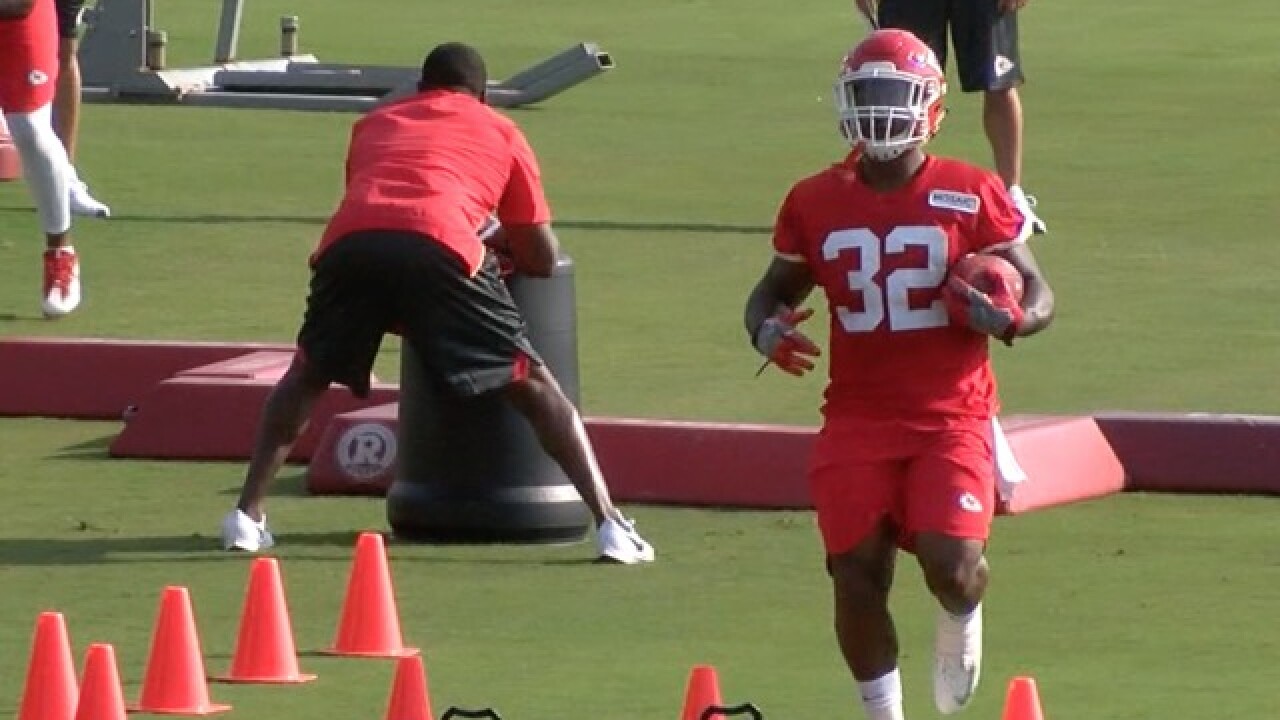 KANSAS CITY, Mo. — The irony was cruel. Spencer Ware, not only losing his 2017 season before it even began, but losing it in Seattle, where Ware spent the first couple years of his career.

Ware tore up his right knee in a preseason game against the Seahawks, an injury that ended his 2017 season.

He was the starting running back at the time. His backup — Kareem Hunt — went on to lead the NFL in rushing.

"It's just being comfortable around bodies," said Ware about running the ball again in training camp. "It's just getting that feel back."

Tuesday, Ware restructured his contract, slicing his salary from $1.45 million to $725 thousand dollars. The move helps the team and helps secure him a spot on the roster.

After all, it's not just Hunt as his competition. Charcandrick West is still a Chief. Plus, Damien Williams and Kerwynn Williams were brought over in the offseason.

"I've never shied away from competition," said Ware. "But my ultimate goal is to make my team better."