Ten Chiefs players with something to prove in training camp 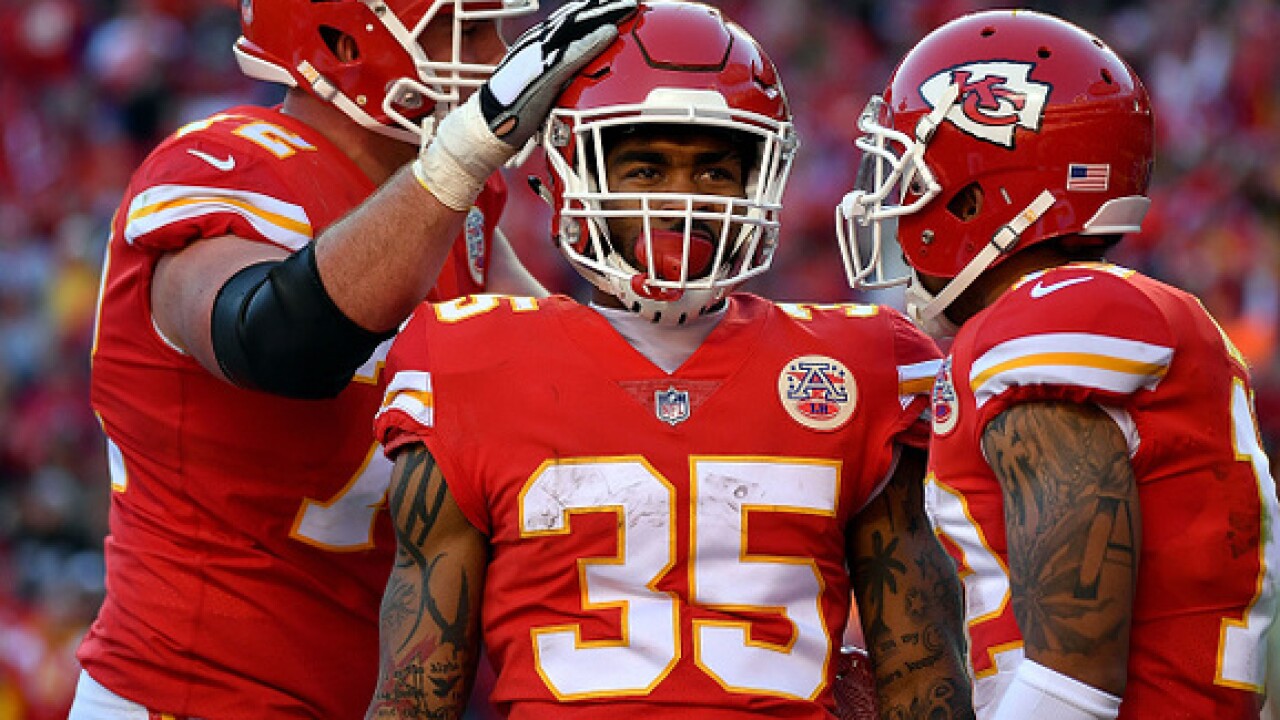 Copyright 2017 Scripps Media, Inc. All rights reserved. This material may not be published, broadcast, rewritten, or redistributed.
Peter Aiken
<p>KANSAS CITY, MO - DECEMBER 10: Running back Charcandrick West #35 of the Kansas City Chiefs is congratulated by teammates after scoring during the game against the Oakland Raiders at Arrowhead Stadium on December 10, 2017 in Kansas City, Missouri. (Photo by Peter Aiken/Getty Images)</p>

ST. JOSEPH, MO - Training camp is here and 90 players will be competing for 53 roster spots. Some players are coming into camp just looking for one of those spots, while others are returning from injury with something to prove. But some are competing to justify their roles beyond this season. Here are key players with something to prove in training camp and preseason.

Houston begins his eighth NFL season and his most important one yet. The $100 million man bet on himself during the 2014 season with a career year, and Chiefs' former general manager John Dorsey was forced to pay a premium. Houston injured his knee during the week 12 of the 2015 season, months after the ink had dried on his freshly signed extension.

The outside linebacker has yet to consistently regain his form since he hobbled off the field in the Chiefs’ postseason win against the Houston Texans. Houston has appeared to lack lateral movement and the ability to change directions explosively. He is still capable of holding the edge with his strength and rushing with power but his complete game has been lacking since the injury.

Houston is now in the part of his contract where he needs to routinely prove the team is getting a proper return on investment. This training camp will be the first glimpse.

Ford sustained a back injury during the season and finished on injured reserve.  This training camp becomes the final season for Ford to consistently put together both his speed rush and counter moves. The former first-round pick has struggled to consistently set up pass protectors and has also been a liability against the run.

Breeland Speaks likely wasn't drafted in the second round to watch from the bench.

The former first-overall pick comes into the 2018 season as the third highest paid player on the roster. Fisher received an extension in 2016 and the expensive part of the contract has now arrived. The sixth-year veteran has grown from his rookie season in both his technique and footwork but the pressure this season will arguably be the biggest of his Chiefs tenure.

Fisher will be asked to protect the blindside of a youthful quarterback who is learning to grow comfortable in an NFL pocket. Mahomes will be building muscle memory with his sets and footwork inside a collapsing pocket. Fisher's ability to keep him clean will determine a portion of the Chiefs’ fate.

Berry is likely in no danger of losing a roster spot in 2018 or 2019. The challenge for leader of the Chiefs’ defense is just regaining his form after the Achilles injury. The ninth-year veteran plays at a position that demands instant explosive acceleration and the ability to change directions very quickly.

His ability to return to full strength and how long it takes will be an intriguing watch, but his teammates will feel his presence immediately.

The former third-round pick is also coming off an Achilles injury. Sammy Watkins and Tyreek Hill will likely be in place as the primary targets at the receiver position. Ten other receivers are vying for the opportunity to back up the primary targets or work in the slot position. Conley has yet to find his defined role in the offense.

Despite running a 4.35 second 40-yard timed dash at the combine, he has struggled to find consistent separation in the NFL and appeared to be more of a possession receiver before the injury.

The former basketball project enters his fifth season on the Chiefs’ roster. Harris is an athletic player who has had a great deal of coaching and patience invested in his development. General manager Brett Veach added three additional veterans to compete with Harris at a fraction of his $2.3 million cap hit. Harris’s ability to consistently catch the ball and improve his blocking will determine a great deal.

Nelson finds himself in a contract year amongst a group of unknown cornerbacks. The former third-round pick appeared to be an aggressive slot corner coming out of Oregon State but still seems to be trying to find a consistency to his coverage abilities. His development this season will be worth watching.

The former undrafted free agent has the deck stacked against him. Kareem Hunt has ascended to the top spot. Spencer Ware restructured his base salary on Tuesday, dropping to a more manageable cap number.  The Chiefs have brought in significant competition in Damien Williams, Kerwynn Williams, and Darrel Williams.

West is the most expensive option at the position carrying a $2 million cap hit. The fifth-year veteran was able to beat out C.J. Spiller last season but he now has a fresh new trio of Williamses to compete with.

Sorensen carries a massive $5 million cap hit. The safety is a reliable special teams performer and a solid blitzer but was asked to spend a great deal of time helping as run support in sub-packages. The Chiefs addressed that issue this offseason with the additions of Anthony Hitchens and Dorian O'Daniel. Sorensen will need to justify his starting salary in a current role player position.

Thomas begins his fifth season with the team and is coming off a leg injury sustained in the Broncos regular season finale. The former fourth-round pick has yet to truly find a consistently productive role on the roster outside of the gunner position on special teams. He will likely need to exceed expectations in his offensive and special teams reps to maintain a position on the active roster.

If you're not listening to our new 4th & 1 podcast, you're missing out on the best Chiefs analysis in town. Each week our team breaks down the Chiefs' latest game with insights you won't get anywhere else.

Subscribe today on iTunes or Google Play (and soon on Stitcher)!