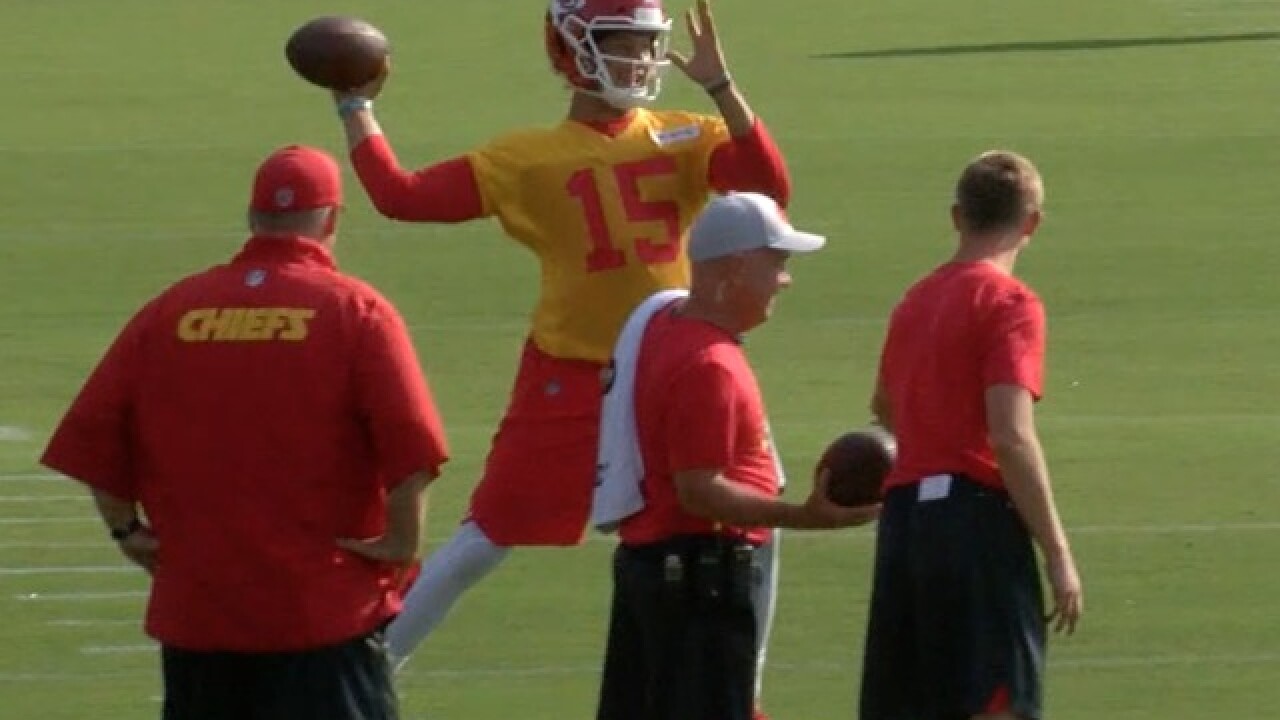 ST. JOSEPH, Mo. — In case you haven't heard — on television, radio, in print, on any device you've ever held — the Chiefs have a new quarterback. Patrick Mahomes took over as the #1 guy for the Chiefs first practice of 2018 training camp in St. Joseph, Missouri Monday morning.

He's started one game in his career. But, believe it or not, Mahomes actually has the most experience in the Chiefs system as any other quarterback in camp.

That's right, back-ups Chad Henne and Matt McGloin have a combined 60 career starts under their belt, but none with the Chiefs. Monday was their first training camp workout with the team.

And, yes, they've heard too. Pat Mahomes is the new quarterback. And they're aware of their role.

"Pat's a great young quarterback. He's got a bright mind," said Henne. "I just like to be around guys who like to work."

Henne is playing professional football outside of Florida for the first time as his first nine years were spent with the Dolphins and Jaguars.

And in nine years he's not sure if he's seen a quarterback like Mahomes.

"Probably one of the stronger arms I've been around. He can make every throw. That's for sure."