The shape of Azteca a concern ahead of Mexico game 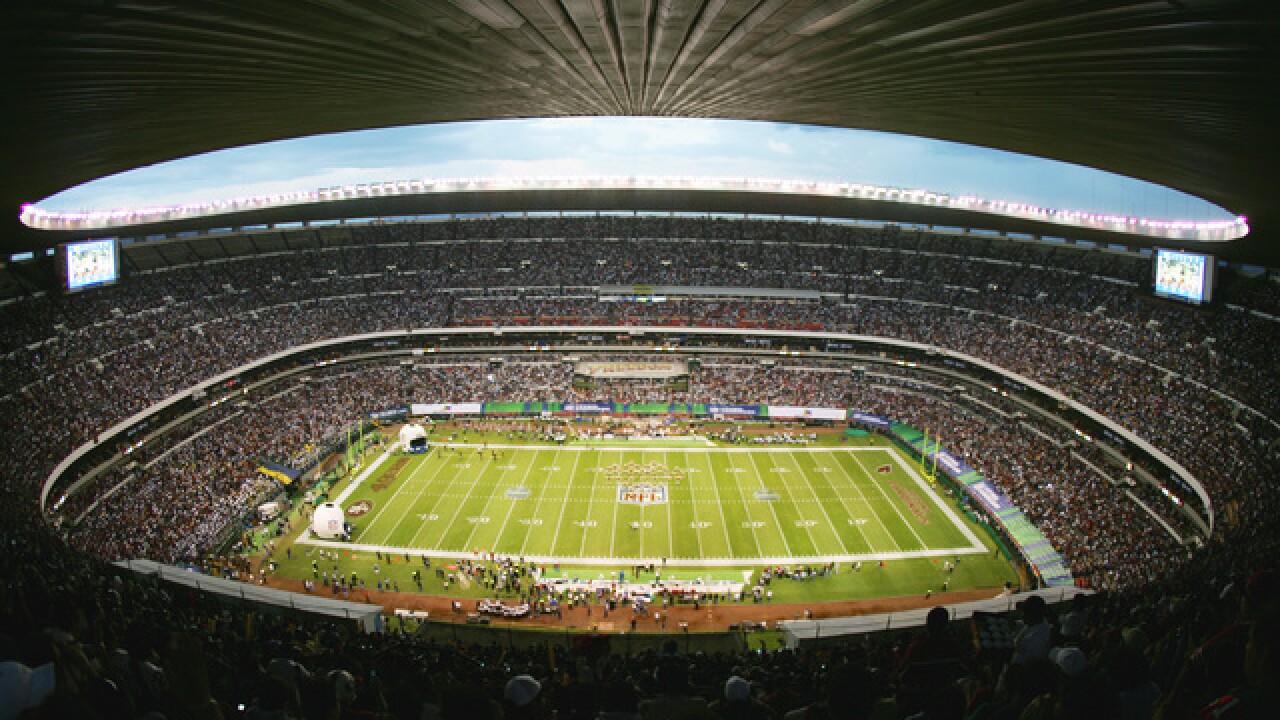 Copyright 2018 Scripps Media, Inc. All rights reserved. This material may not be published, broadcast, rewritten, or redistributed.
Robert Laberge
<p>MEXICO CITY - OCTOBER 2: Estadio Azteca is shown during the Arizona Cardinals game against the San Francisco 49ers on October 2, 2005 in Mexico City, Mexico. The Cards defeated the Niners 31-14. (Photo by Robert Laberge/Getty Images)</p>

MEXICO CITY (AP) -- The abused hybrid grass of Azteca Stadium is generating concerns for its poor condition a week before it hosts an NFL regular-season game between the Los Angeles Rams and Kansas City Chiefs.

Last May, stadium authorities changed the surface from natural to hybrid. But the intense activity in the last few months has prevented the grass from reaching an optimum state.

"The field is not in the best condition and that concerns me for the next tournament," said Cruz Azul..s coach, Pedro Caixinha. "We all know that it..s not right, that it has not been right and that it will not be all right, but those are the circumstances, and if we can help, we will do it".

Cruz Azul and America are the local teams playing in Azteca.

"We are working closely with the field manager at Azteca Stadium and others to ensure that we have an NFL quality surface for our game," NFL spokesman Michael Signora told The Associated Press on Sunday.

Caixinha spoke Saturday after Cruz Azul beat Lobos in the 16th round of the Apertura tournament despite playing on a surface in bad shape, especially on the north side, where a concert took place last Wednesday.

On Aug. 16, stadium authorities admitted that the field was not in good shape and promised to improve it shortly. By September, the hybrid grass showed progress for a match between Cruz Azul and Atlas, but it regressed in October. A couple of concerts by the Colombian singer Shakira caused damage and it has not improved since.

Arturo Olive, director of the NFL office in Mexico, said recently he was not concerned about the state of the field and that NFL personnel were working along with the groundskeepers from Azteca to get it right for the game.